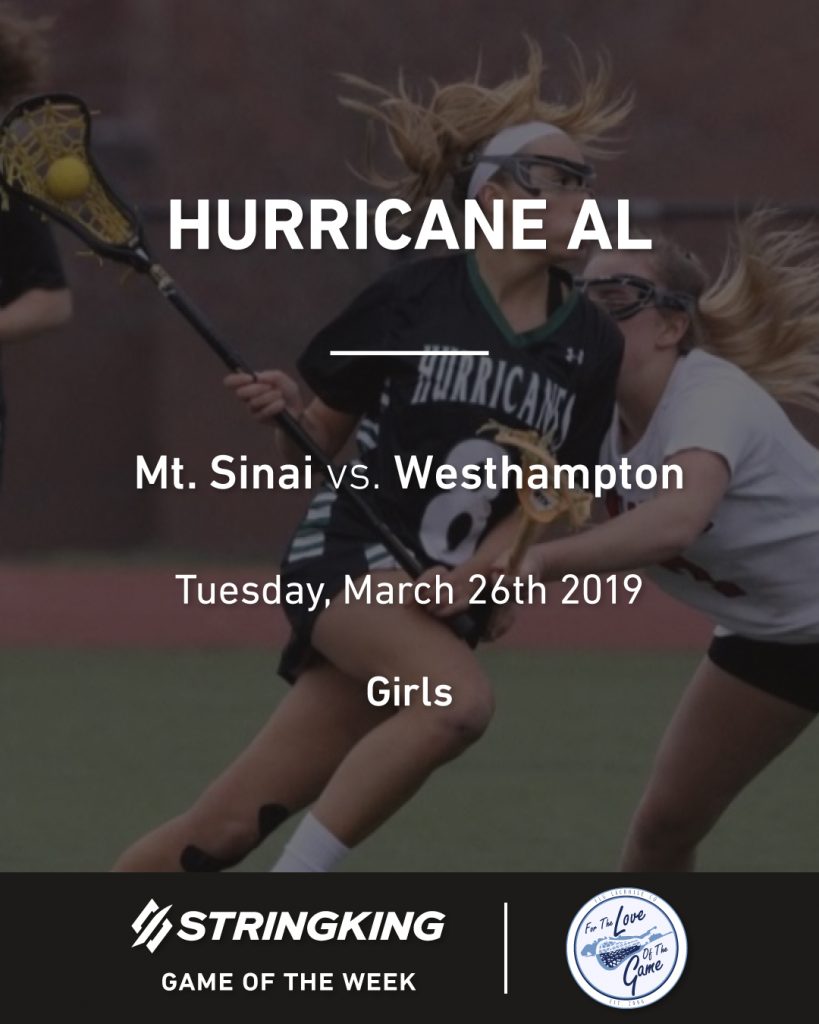 After winning 3 consecutive Class C New York State Championships, Mount Sinai came up short last season in the Long Island Championship to Cold Spring Harbor, who went onto to win the state title. How does a perennial powerhouse rebound from a heartbreaking loss in the 2018 Long Island Championship Game?  “One game at a time”. That is how Head Coach, Al Bertolone described the approach for the 2019 Mount Sinai Girls Lacrosse team. The Mustangs are loaded with talent, starting with two time All- Americans, goalie Emily Lamparter (Maryland) and midfielder Jenny Markey (Syracuse).  Depth at the midfield, Markey will be accompanied by Emma Tyrell (Syracuse) and Morgan Mitchell (Stony Brook). To round it off, Gabby Sartori (Brown) will be commanding the attack. But can the Mustang weather the storm?

Westhampton is very skilled and very experienced. With most of the starting line up playing together is PAL, the chemistry they have built over the years has truly grown into something special. Leading the charge for the Hurricanes is Boston College commit Isabella Smith. An impressive lacrosse resume thus far, Smith has been on varsity since 7th grade, earning herself Rookie of the Year.  She has been named to the All- County multiple times, and was named All- American in 2018, when she was also selected to the USA under 19 team. Other key notables for the Hurricanes are Hollie Schleicher (Boston College), Lindsay Rongo (Stony Brook) and Kerry Dillon (Oneota)

With much success in previous seasons, Westhampton still has alot to prove as they have never secured a county title. However you bet that they will be bringing the storm. Mount Sinai, looking to get off on the right foot in their season opener, will have to ready for a battle.

When the thunder and lighting seizes and the rains go away, we will see who comes out on top. This match up will be one to watch. Looking forward to March 29th