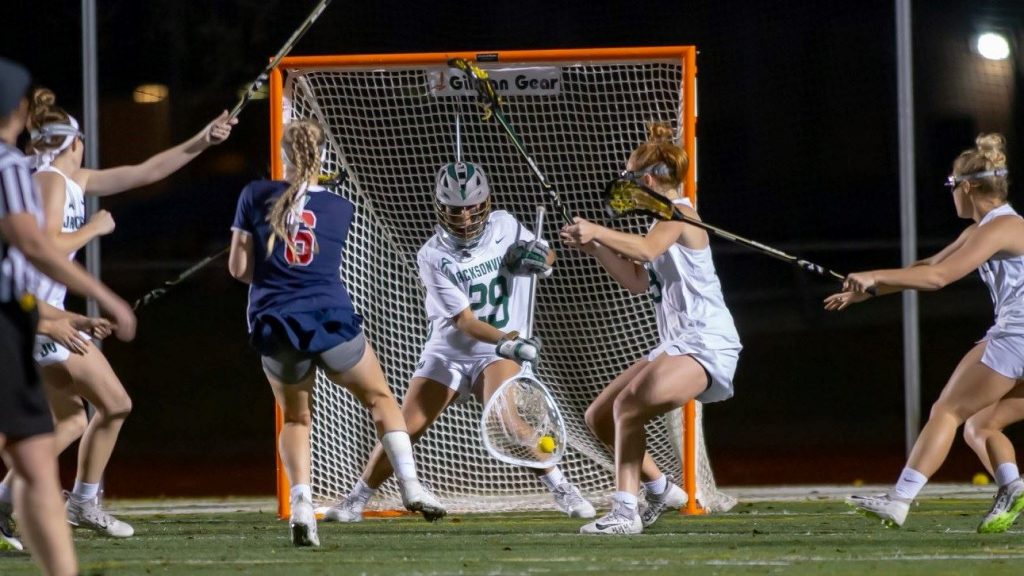 With much success on the year thus far, a 6-2 overall record, defensive efforts have been a common theme for Jacksonville Women’s Lacrosse, and it all starts with Dayna Martinetto.

The freshman is showing that she is well acclimated and ready for the collegiate level. This is no surprise as she transitions to Florida from perennial power house, East Port South Manor, here on Long Island. A three year High School Varsity Starter, at ESM, Martinetto helped her team to two consecutive County Championships, reaching the LIC twice in her career.

With a save percentage of 45%, Martinetto is showing that she can keep her team in tight games. Earning ASUN Weekly Conference Honors twice this season thus far, Dayna Martinetto is quickly becoming the backbone of her squad. In a big 7-5 win over Temple, Associate Head Coach Paul McCord described her play as some of the best they have seen in the 10 years of Jacksonville’s Women’s Lacrosse, earning herself 13 saves, and giving Head Coach Mindy McCord her 200th career win. LILJ congratulates Martinetto and the success she has had thus far!