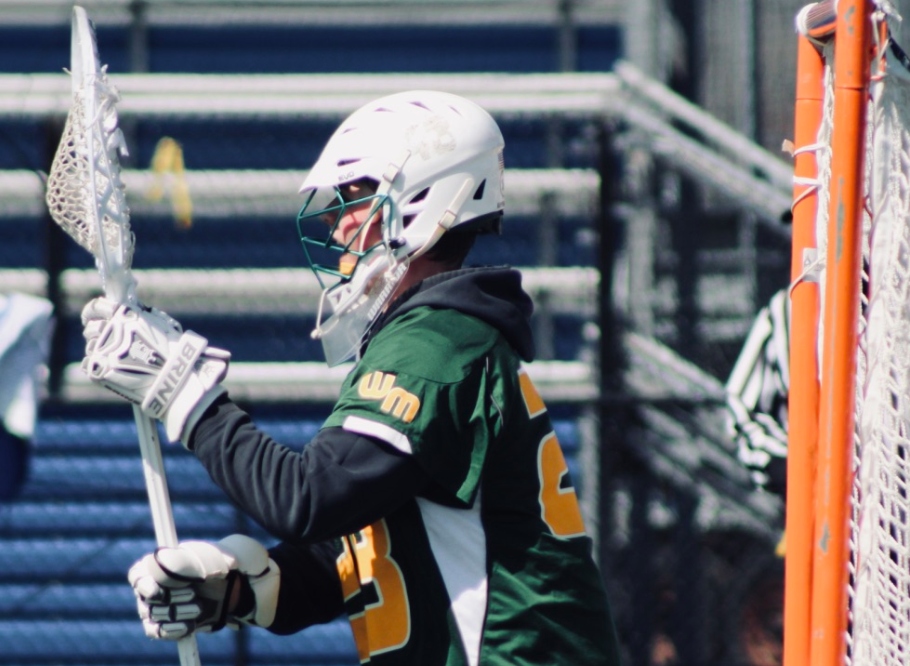 The wind was howling in Bay Shore, NY on Wednesday afternoon. The blistering winds created a sort of calm, quiet atmosphere for the second String King Game of the Week. Mother nature muted fans, coaches calls, and refs whistles. As a result, players were left on their own out between the lines.

The game as whole was sloppy. There were unforced turnovers, careless errors, and inefficiencies amongst both squads. At moments, both teams showed glimmers of great lacrosse. The elements were unforgiving, causing team lacrosse to transform into which team has more big time players who can step up.

For Shore, the star was Will Button. Melville made it their duty to slow down the high-powered offensive threat. So much so, Melville decided to throw a zone at Bay Shore for the majority of the game. A zone meant Bay Shore would have to beat Melville with rapid ball movement, deliberate off-ball play, and shots within 10 yards. In the first half, Colin Krieg swallowed up everything. It was apparent, the only way Shore would get on the board: get a shot off within 8 yards. In the second half, Shore climbed out of their 4-0 deficit by doing just that. Button was the catalyst for the Marauders. Will dissected the zone with 2 pretty assists. He also scored a slick goal right above GLE. Robbie Sarraga went one and one of the day. Robbie has good hands and is great inside. For Bay Shore, the star of the game had to be goalie, Jayson Tingue, who made 12 saves on the day, picking up 5 ground balls. Tingue really kept Shore in the game from start to finish. Bay Shore is still the dark horse in Conference A. Even though they were slowed down in this one, they definitely have the potential to open up the score board and make a run come playoffs.

An interesting match-up in this game was between senior GOAT attackman, Dylan Pallonetti, and sophomore defenseman Jake Demert. Even though Pallonetti had 3 assists on the day, holding a prolific scorer like #34 to one goal on the day is impressive. Dylan is tremendous at applying pressure to the defense. His versatility gives him free reign to attack from anywhere on the field. On the offensive end, Brandon Aviles (Cuse Commit), had himself a day. Aviles was 5/7 at the face-off X and 4/4 shooting. Aviles is your traditional old-school, do it all midfielder. I love that he takes the draw, runs to the box, switches sticks, and then produces on the offensive end. Aviles had an SCTop10 goal in the second half after dodging down the alley and sticking a goal far pipe behind his back. Aviles is easily a front-runner for the prestigious Ray Enner’s Award, which is given to one Seniors in Suffolk who displays exceptional courage, heart, and talent. Colin Krieg was so steady as usual. He made 9 big stops and held Bay Shore scoreless in the first half. Overall, Melville didn’t play a great game. They were sloppy at times, and some displayed some inefficient shooting on the offensive end. However, this team is so well-coached and talented at each position. While this isn’t the dominant Ward Melville teams of late, they are still very good. Expect Melville to be in the mix come June because of those two key factors.