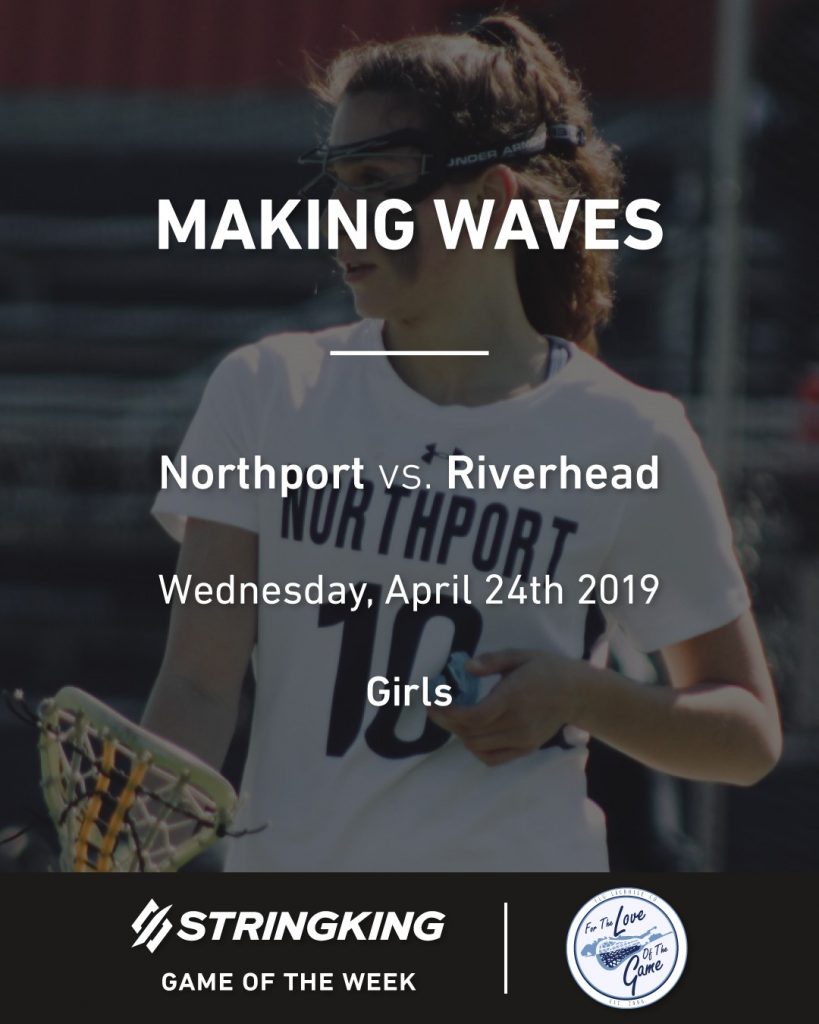 Surfs Up! FLG and the LILJ will follow Riverhead Girls Varsity as they take on Northport in Tiger Country. Its a match- up with land against sea. Can the Tigers withstand the storm surge of Riverhead? Can the Wave fend off the eye of the Tiger? Tune in to @flglax on instagram for full game coverage!

Two very comparable seasons thus far, with much success, this match- up should prove to be a good one. Overall records of  9-1 for Northport and 8-1 for Riverhead, these two teams have been battling competition all season long, proving that they are forces to be reckoned with.

Some tale of the tape comparisons.

However NOW it gets interesting…

So what should we make of all of this? For some, it is just noise, however for others, comparing scores could potentially predict a victor, although it is important to keep in mind that anyone can win on any given day.

My guess, is that this is going to be a battle, without question. Riverhead has many contributors on the offensive end, including the Kielbasa sisters Megan and Kayla, Lauren Kenny, Delu Rizzo and Christine Thomas, all of which have above 20 points on the year. Northport, who is extremely strong at the midfield, these girls are taught to play both ways and prove to the threats game in and game out on both ends of the field. For the Tigers, it all starts with their Goalkeeper Claire Morris, who is strong between the pipes and over 500 career saves.

It all goes down next week on Wednesday April 24th 11:00 am and Northport High School.