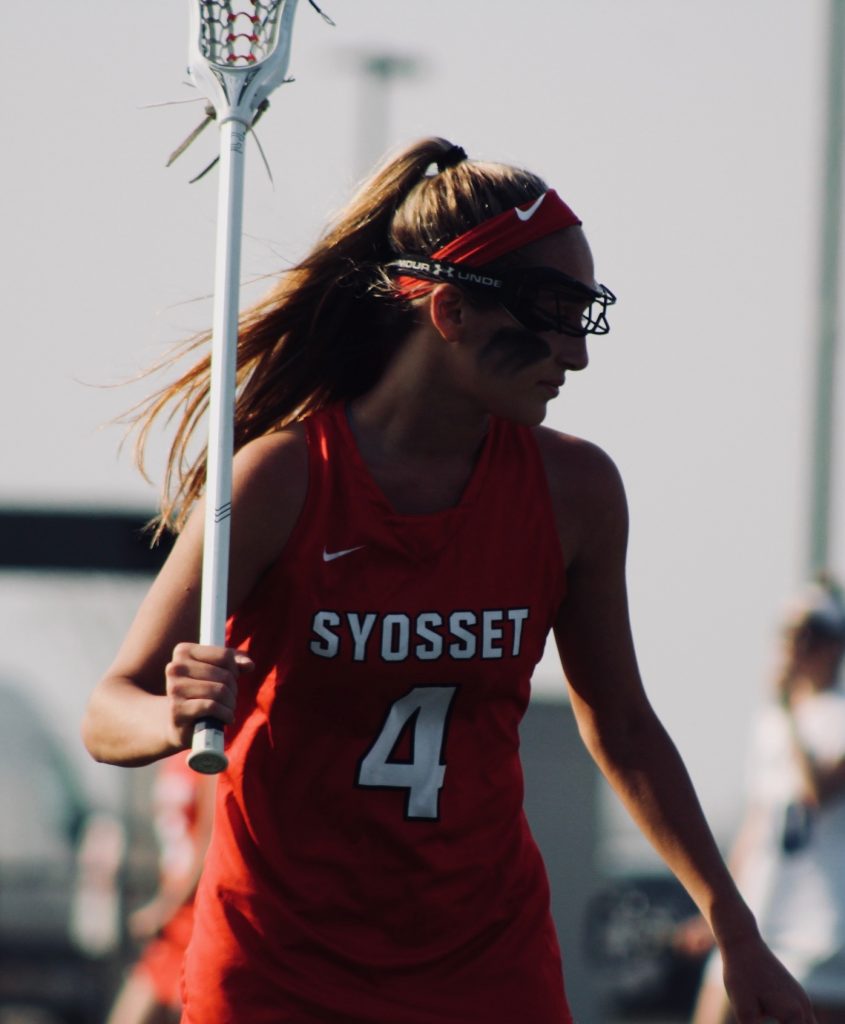 With much success on the year, 10-4 overall and 4-2 in the IVY, Penn Women’s lacrosse is showing that the Quakers are a dominant force. Contributing to the success is Freshman Attacker #5 Taylyn Stadler from Syosset N.Y.

A 2018 All- American, Syosset’s first EVER All- American, Stadler is showing that she is a threat in the IVY. The All time scoring leader for the Braves is putting up great numbers on the year for the Quakers. 26 points on the season, Stadler can dodge the 8, and either score or feed. The dual threat attacker is having an outstanding freshman campaign, most specifically in her latest out, securing the hat trick in the 21 – 7 over Columbia.

Tay plays with so much heart and passion for the game and is always trying to perfect her craft doing whatever it takes to make herself and her teammates better.  Her swift dodging, ability to see the field and create space on attack for herself and teammates makes her such a valuable player.  I built my program around her bc she had that type of undeniable presence on and off the field.  Academically she was accepted into the prestigious Wharton school of business .  Works as hard off the field as she does on the field in the classroom and even helping out our paL program where her little sister plays.  She was a true trailblazer for all of Syosset Girls Lacrosse.  We retired her #4 and will never forget the legacy she left behind and are so proud of all the successes that lie ahead for her.

LILJ wishes Taylyn and all the Quakers a great rest of the season!