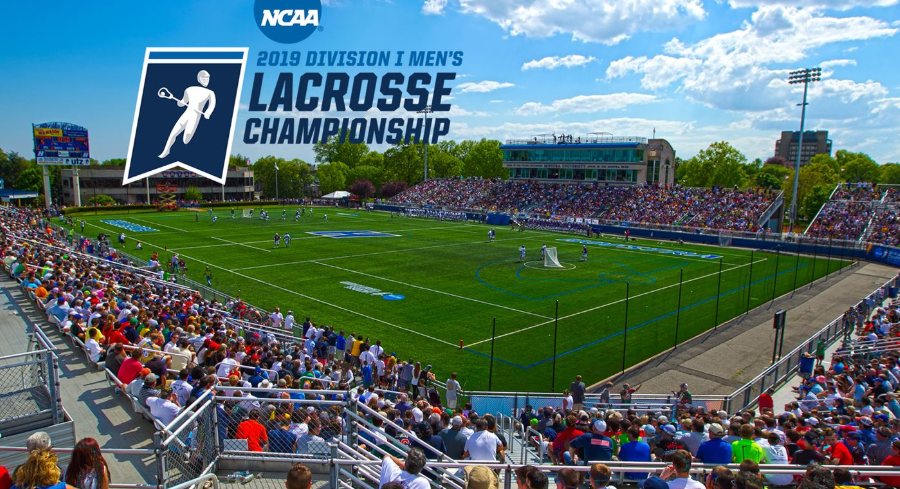 The stage is set. With UMBC notching Marist with a big second half surge. The match- ups for the first round will be underway this weekend. Hofstra University is once again holding the NCAA Men’s Division 1 Quarter Finals at Shuart Stadium.

This weekend, First Round Games will feature a TON of LI Talent:

Brandon Mangan, Robert Morris, Wantagh – Brandon Mangan enters his first season on the men’s lacrosse coaching staff. Mangan, a native of Wantagh, New York, brings a wealth of knowledge and experience obtained from his playing days in interscholastic lacrosse and beyond. Legendary player at Yale, ‘Mango,’ has got Bobby Mo’s Offense absolutely working.

Ian Laviano, Virginia, CSH – A dynamic weapon, this man proved in his first-year as a Cavalier to always be dogged in riding situations and hunting ground balls and goals with a love for the game and for his fellow teammates that is rare. Cold Spring Harbor native, Laviano has got 52 points on the year.

Logan Greco, Virginia, Smithtown West –  Greco is playing a strong role for the Cav’s this season. With 19 CTOs, Greco is lock down for Virgina around the goal line

Nick Spillane, Penn State, Carey – The type of guy that if you sleep on him, he will make you pay. Spillane is a threat from all areas inside the box. Can create for himself, finds an opening on the crease and is a stretch shooter. Franklin Square native, Spillane has got 42 points on the year.

Mac O’Keefe, Penn State, Syosset – Lefty Lazer, O’ Keefe is a guy that gets it done in the pain. Can sting it from all areas of the field. Is known to come in clutch in big time situations. Has the ability to generate massive separation on the perimeter and sends it home. The Syosset native has got 77 points on the year.

Gerard Arceri, Penn State, Smithtown East – A challenger at the face off X, Arceri gets the job done, earning those extra possessions for the Lions. Smithtown East native, Arceri is over 60% on the year with 218 faceoffs won.

Tommy Wright, Penn State, Garden City – Locking it down on the defensive, Wright is fierce for State. A Garden City Native, knows what it takes to win in big games.

Tommy Linger, UMBC, St. Anthony’s – Member of the America East All- Rookie Team a season ago, Linger has put up great numbers on the season with 93 saves and 10 Starts.

Danny Dolan, Maryland, Garden City – Standing tall in the pipes for the Terps, Dolan has got 167 saves on the year. Commander for Maryland’s defense, Dolan keeps the Terps in the fight all game long.

Austin Henningsen, Maryland, Northport – Face off specialist for the Terps, Henningsen has got 143 face offs won on the year  and 60% on the year.

John Daniggelis, Yale, Smithtown East – Team Captain for the Bull Dogs in the 2019 season, Daniggelis has 22 points on the year.

Lucas Cotler, Yale, Syosset – A regular on the attack unit, Cotler has posted 13 points on the year.

Jack Tigh, Yale, Chaminade – Leader for the Bulldogs, Tigh has notched 39 points on the year. Has the ability to go both ways, Tigh is a threat in the clearing game. His on the run shot is lethal and his vision compliments it very well as he posses the ability to dump in when the slide goes early.

Daniel Bucaro, Georgetown, Ward Melville – 78 points on the year, Bucaro is lethal on the offensive end. Commanding G-Towns offense from out top, Bucaro is a threat in all categories including dodging, feeding and shooting.

Tyler Dunn, Penn, Manhasset – A strong contributor, Dunn has 24 points on the year and is helping Penn get the job done this season.

Joe Licciardi, Penn, St. Anthony’s – Posting a strong season in his senior campaign, Licciardi is putting up big numbers (34) as a midfielder for the Quakers.

Kyle Thorton, Penn, Chaminade – Locking it down around the goal line for the Quakers, Thorton has got 12 CTOs and 21 GBs on the year.

Sean Lulley, Penn, Half Hollow Hills East – Has been a contributor since day 1, Lulley has got 32 points on the year as a middie for the Quakers.

Jared Warner, Penn, Baldwin – SSDM for the Quakers, Warner is a warrior on the defensive end and poses threat in transition.

Brendan Nichtern, Army, Massapequa – A guy that says he “plays within the system,” however he controls the offensive end. An initiator and a finisher, Nichtern, plays extremely well off of his teammates, always looking to make the right play. He has secured 80 points during his freshman campaign.

Sean O’Brien, Army, Sachem North – A contributor on the offensive end, O’Brien has notched 28 points on the attack unit during his junior campaign.

Tommy Marino, Army, Smithtown East – A 2019 Team Captain, Marino is the leader of the Black Knights, making sure his squad is ready for battle at all times.

Brian Willets, Notre Dame, Smithtown East – Big time contributor for the fighting Irish, Willet’s has got 31 points on the year.

Alex Concannon, John Hopkins, Syosset – A leader on the offensive for the Jay, Concannon has 26 points on the season. He is a sharp shooter on the perimeter.

Connor Desimone, Johns Hopkins, Smithtown East – Poses much threat as a dodger, Desimone has been dishing it out all season to put the jays on the board.

Danny Jones, Johns Hopkins, St. Anthony’s – Captain of the Jays, Jones keeps opposing middies at bay. Known to be a threat in transition.

Jack Fowler, Duke, Chaminade – A regular on the rope unit for the Blue Devils, Fowler works hard to keep opposing midfielders at bay.

Matt Danowski, Asst Coach at Duke – Former Duke standout Matt Danowski joined the men’s lacrosse staff as an assistant coach in July 2012. Danowski works with Duke’s attackmen. Danowski began his career with the Blue Devils in 2004, leading Duke in scoring with 42 points en route to being named the ACC Rookie of the Year and an honorable mention All-American. As a sophomore, the Farmingdale, N.Y., native led the program to new heights as the Blue Devils compiled a 17-3 record, won the ACC regular season title and advanced to the NCAA title game.

Other Players that are represented in the opening round: