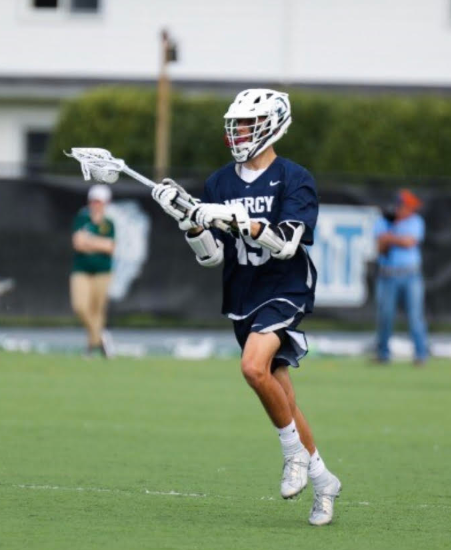 Jack Gibbons had a stellar first year for the Mavericks. The Mepham alumni had 53 points on the year for Mercy and played a pivitol role all season long!

A two time Nassau County All- County selection, Gibbons was a stud in high school and transitioned extremely well to the collegiate level. Contributing from day 1, Gibbons had his first goal for Mercy in the season opener against American International. From then on out, it was all up hill, most notably season high against NYIT (5pts) and St. Thomas Aquinas (6pts).

Gibbons played his heart out all season long, contributing to the hard fought quarterfinal game against LeMoyne.

LILJ would like to congratulate Jack and the rest of his Maverick squad on an awesome season!