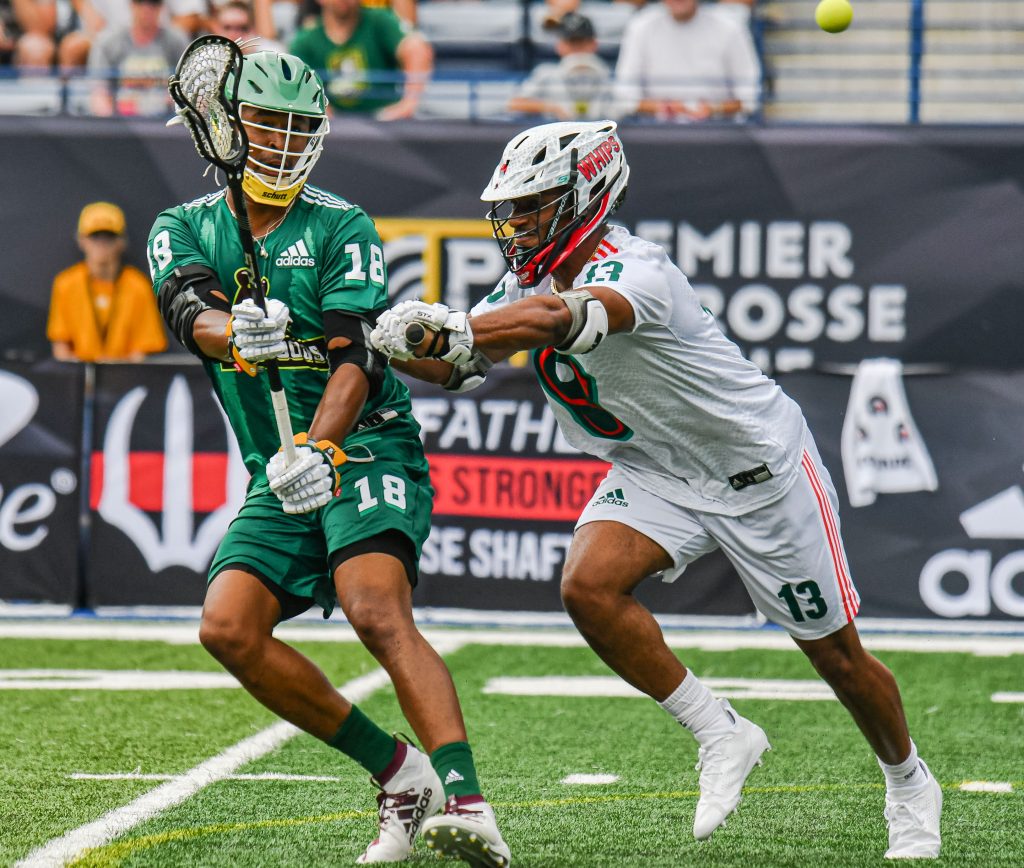 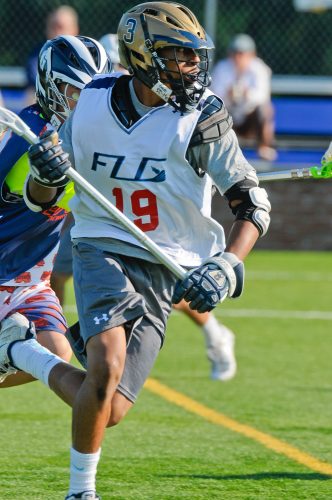 SSDM All American at Yale

Q:How did you acquire the hard hat mentality?

I believe I have developed the “hard hat” mentality over years of learning from my parents. They are both people that have worked their asses off to become successful and they’ve instilled this same work-ethic in me and my brothers. We learned early that we would not be given anything, and that we would need to earn everything we wanted in life. I take pride in giving maximum effort and outworking those around me, no matter what the task is. Growing up playing lacrosse on Long Island, I think that I’ve always been relatively overlooked compared to some of the bigger names that came from the area, which only made me want to work harder throughout high school and in college.
Q:How did you translate your defensive skills from college to pro?
At the pro level, everyone on the field is supremely talented, making the offensive players extremely difficult to defend. I rely on my athleticism a tremendous amount in order to keep up with the guys I’m trying to defend. I believe I have a strong ability to change direction quickly which allows me to match feet with the middies or attackmen I’m trying to shut down. Sometimes in college, I got away with not being overly physical. However, at the pro-level I’ve had to be a little more violent (partly because the game isn’t officiated as tight) in order stop guys from scoring.
How do you feel about your team being in a position to win a championship under this unique playoff format?
This inaugural season of the PLL has been very exciting. Our team jumped out to a hot start winning three overtime games and set the tone early in the season. Midway thru the season we started to slip a little bit, but we were able to maintain a #2 seed by the end of the year. This was huge because it allowed us to play in the #1-2 game, which gave us a chance to get a bye during the semifinals and go straight to the championship game if we won this game in the first round. Additionally, if we lost we would not have been eliminated from championship contention, and would have had an opportunity to play in the semifinals. Fortunately, we ended up winning the #1-2 game and are headed to Philly to play in the championship game on September 21st. We know that we will have a tough match-up no matter who wins the Chaos-Redwoods semifinals game, but we will be ready to go when the time comes.
How do you feel about the traction the league is getting and the increasing popularity of this new league?
I believe that the game of lacrosse at the pro-level is finally moving in the right direction. There’s been tons of talk about how the game is growing within the country at the middle school, high school and college levels, but these same strides have not previously been made at the pro-level. The PLL has done a tremendous job so far of trying to market the game, and produce content that is viewer/fan friendly. They’ve made a great effort to build story lines around players, and give fans greater access to the game than they’ve ever had before. Giving fans a platform to watch professional games on a consistent basis through NBCSports hopefully will help to continue to grow the sport at all levels. Obviously, lacrosse at the professional level has a ways to go before it is truly at the forefront of national attention, but I think this first PLL season has been a strong start. I look forward to finishing out this season the right way, and I am excited to see what the PLL has in-store to build upon this initial growth in the years to come.

Tyler Warner, NCAA National Champion and Yale graduate, from Baldwin, New York has become one of the most tenacious defensive midfielders in the Premier Lacrosse League. He is being recognized for his physical and determined play style by being nominated for the George Boiardi Hard Hat Award. Tyler came into the league with a tremendous defensive pedigree he was a Short Stick D-Middie All-American during his time at Yale. His defense was a key factor to Yale’s defensive dominance during their championship run.

The inaugural PLL season has exposed lacrosse to a newer and wider audience and has provided a bigger platform for its players, and once again Tyler has shined on the defensive end. He has been shutting offenses down and hitting people- HARD. He has constantly been in the middle of plays being as disruptive as possible helping the Whipsnakes secure the second spot in the standings going into the playoffs.

Tyler has shown himself to be a great player and teammate and will hopefully be a big part of the Whipsnakes plans for the future.
This past Saturday September 7, 2019 Tyler and the Whipsnakes defeated the Chaos in the first round of the playoffs in Columbus, Ohio by a score of 15-7. They will be in the inaugural PLL championship game in Philadelphia, Pennsylvania September 21st. 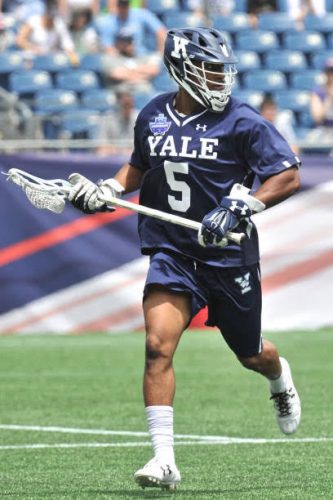 FOXBOROUGH, MA – MAY 26: Yale Tyler Warner (5) brings the ball down field. During the Yale Bulldogs game against the Albany Great Danes at Gillette Stadium on May 26, 2018 in Foxborough, MA.(Photo by Michael Tureski/Icon Sportswire via Getty Images)