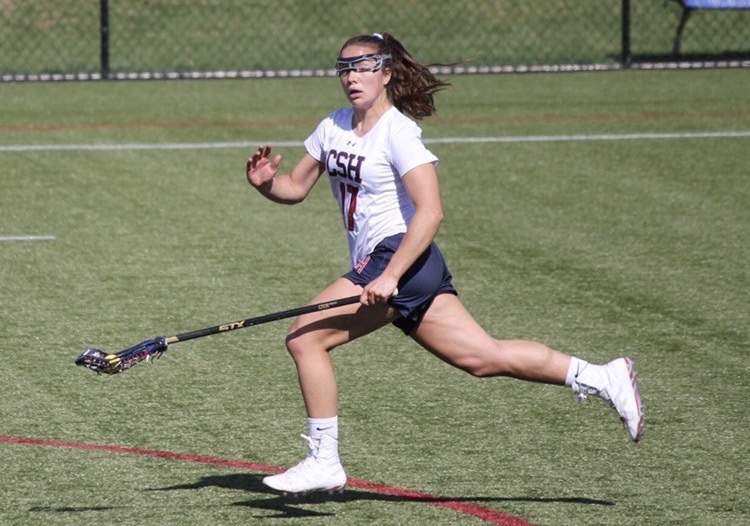 GOAL! The final play of Grace Tauckus’ junior season was a goal, but more than that it was an 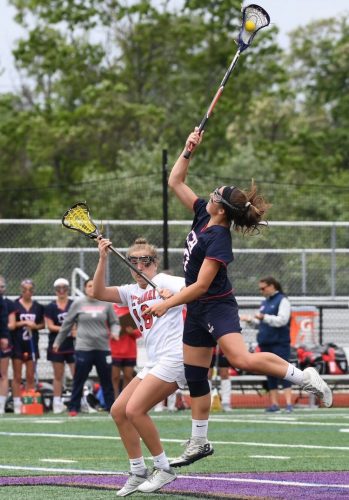 overtime goal, and even more than that it was an overtime goal in the Long Island Class C championship game. Grace led her Cold Spring Harbor Seahawks team to the title in her junior year, and then followed it up during her senior season giving the program back-to-back State titles. Tauckus was tournament MVP in 2018 and a team captain in 2019, Tauckus had one of the most decorated high school careers in recent memory. 90 goals and 27 assists during her impressive four seasons at CSH.

Now at Princeton, the freshman midfielder has a whole new slew of challenges on her plate. As if attending school at one of the world’s most  prestigious universities wasn’t tough enough, their lacrosse team is coming off of a very impressive 16-4 season a year ago. Grace as an incoming freshman has big shoes to fill on the field while keeping on top of the rigorous coursework. If anyone can do it, it is Grace. A great player, a proven winner, and an exceptional leader, she will do great things as a Princeton Tiger.

Q: What was going through your mind when the ball hit the back of the net in the championship game your junior year?

My initial reaction was shock. That game had been one of the most both physically and mentally demanding games we had ever played as a team. It took a few minutes for me to finally gather my thoughts and realize that our team was going to states, a feeling of utter happiness.

Q:  Were there any additional pressures defending a title in 2019, opposed to trying to get it in 2018?

Going into our 2019 season, our team recognized that we now had a target on our backs; we were the team our opponents were gunning for and wanting to beat. In 2018, we weren’t favored to go all the way. Coming off a less successful season in 2017, we knew we had to prove ourselves. 2019, however, was a time for us to show that our states run the year before wasn’t just a fluke. We adopted the slogan “never settle” to demonstrate our determination to not become content with our past but to continue our success in the future.

Q: What do miss most about Cold Spring Harbor?

I could go on and on telling everything that I miss about CSH, but the main thing that sticks out to me is the level of community present in our everyday life. In our small town, odds are you know most of the people you’re walking with  in the school hallways, and it’s truly an awesome thing to be able to say that about my school community. Cold Spring Harbor and the people there have created a family atmosphere, one that’s definitely hard to leave behind, but an amazing thing to come home to.

Princeton has the best of both worlds: a stellar lacrosse program and even better academic reputation. I see college as a time when individuals should challenge themselves and dare to step outside of their comfort zones. It can definitely be intimidating being surrounded by such brilliant thinkers and talented athletes, but at the same time, these people push those around them to reach their full potential both in the classroom and on the field.

Q: What are you most looking forward to while at college?

Over the next four years, I am excited to learn more about myself as a student, athlete, and person. As a Division 1 athlete, time is pretty hard to come by. I’m looking forward to learning the skills that will help me to better balance my time and commitments while still achieving success in multiple areas.

Q:  Where do you see yourself after graduating college?

As of right now, I don’t have a definitive answer concerning where I’ll be after college. I’m planning on using my first couple of semesters to figure out what I enjoy learning and what I’m passionate about, and from there I can gain a more clear picture of what I may want to do later in life.