Matthew Borges – from Garden City to the Pros 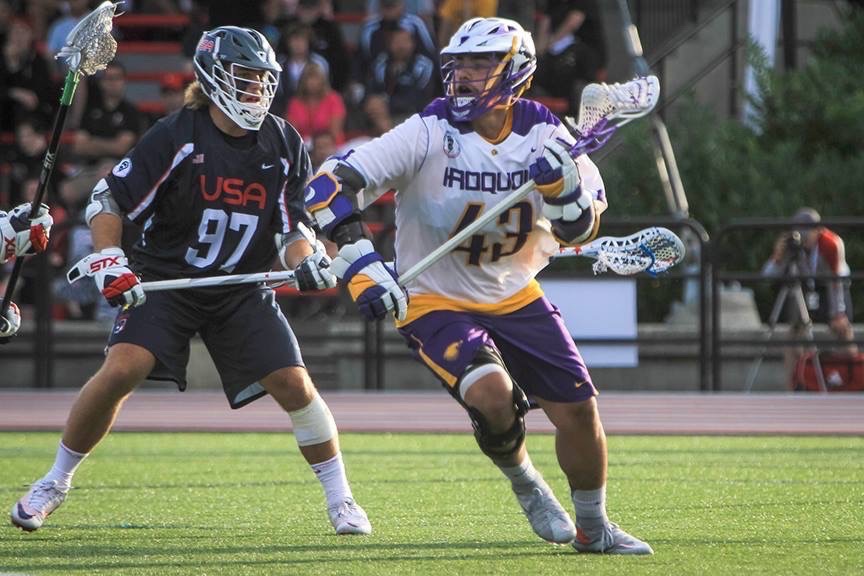 No, those were not the exact words of NLL commissioner Nick Sakiewicz, but it doesn’t make them any less true. 2015 Garden City graduate Matthew Borges is indeed heading to the Riptide. An illustrustrious high school career, during which Matt was able to excel not only on the lacrosse field, but also as a two-time lettermen in both football and ice hockey. The well-rounded Borges decided to play lax at The Ohio State University, where he anchored an elite Buckeyes defense. 48 consecutive starts while playing with Buckeyes culminated in a senior season for the ages. Borges led the Buckeyes with 16 caused turnovers, highlighted by three in a March 23rd game against Notre – an 11-10 overtime win for OSU. Borges’ best game of the season however came on February 9th, OSU defeated Boston University 17-10 and Borges picked up five ground balls, and caused two more turnovers. He was rewarded by being named Big Ten Defensive Player of the Week for his efforts. Borges was truly one of the greats to come through OSU program the Garden City product was also an All-American player during his time as a Buckeye.

Borges received a few more accolades during his time in school. He won gold with the United States U19  team, during the 2016 competition. On top of his excellence on the field Borges in the classroom is a true role model. Matthew was a four time Ohio State Scholar-Athlete and as a sophomore, in 2017,  he was named to the Academic All Big-Ten team and the Academic All-American team.  In March, Borges was selected 37th overall by the New York Lizards of the MLL and just a week ago the New York Riptide took him 63rd. Borges is about to embark on a new phase of his career and here at FLG we couldn’t be more excited to see him back on Long Island. 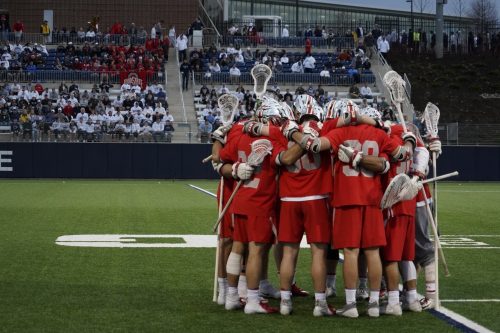 Borges and his teammates at Ohio State

Q: How did Lacrosse become the sport you decided to pursue?

It was very similar to hockey and all of my friends were going to play so I just wanted to be around them. Once I really started taking it seriously I realized I could play at the next level and I was fortunate enough to be recruited to Ohio State.

Q: What do you miss most about your time playing for Garden City?

I miss playing with my boys from home, obviously it was incredible growing up and playing with the GC guys so when you go to college that is something you start to miss.

Q:How did you end up at The Ohio State University?

I knew I wanted to be at a big school having seen my brother at penn state, his experience was incredible. Ohio state checked that box and I fell in love with the university and the coaching staff. Coach Myers vision and passion was very clearly and he was someone I wanted to align myself with. Finally, it had a great business school and I knew after my career ended I would be set up for success.

Q: What was your biggest takeaway from the U19 championship?

My biggest take away from the world games was probably never take things for granted. It was an incredible honor to wear the red white and blue but more importantly I understood that it was a once in a lifetime opportunity, and it was only going to last a few weeks no matter what. I love that group of guys and I’m excited to be lucky enough to still play with them professionally. Winning a gold metal with that group was an unreal experience.

Q: Your academic track record speaks for itself, how were able to keep academics a priority given the workload of a D1 athlete?

I think for myself it was just having the ability to manage my time and have a plan everyday. Each day I had a routine and a plan and once you get into it early in your career it starts to become second nature. Ohio state also offered a tremendous amount of help on the academic side of the coin whether it was just study space or free tudors.

Q: Six months removed from graduating college how have you been adjusting to the working world?

Fortunately for me the working world hasn’t started so I’ve been able to play a ton of golf and just continue to workout and play lacrosse. I start work next week and I’m really looking forward to it.

Q: With MLL and NLL offers how do you see your lacrosse future unfolding?

I’m not sure there’s a clear future, I don’t know what’s going to unfold. I consider myself very lucky to have to opportunity to continue to play the game I love and I hope to do it as long as I can. The MLL season was a great experience and I am looking forward to playing for the riptide this coming winter.