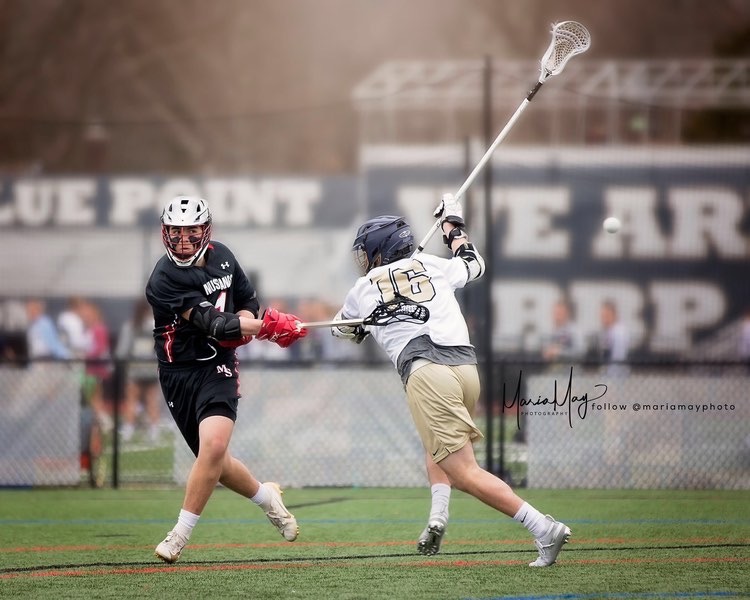 Joe Spallina Jr. has lacrosse in his blood. He is the son of New York Lizards GM and head coach of the women’s lacrosse team at Stony Brook University, Joe Spallina. Joey, the Mount Sinai sophomore, has already outgrown his dad’s shadow. During his freshman campaign he led the mustangs to an unbelievable regular season, they went an outstanding 15-0 in conference play. Spallina filled up the box score to a nearly unprecedented degree, the freshman was second in all of Suffolk county with 131 points. He ranked third in goals with 65 and second in assists with 66… as a freshman. That type of production is fantastic for any player, but putting up those numbers as a freshman; the sky is the limit for Joey Spallina. The team took their undefeated record all the way to the finals, where they suffered a heart breaking one goal loss to Shoreham-Wading River. Spallina will be back and presumably even better; a scary preposition for the rest of Suffolk County.

Q: What was it like growing up in a household with a father who so well respected in the lacrosse world?

Growing up my dad was definitely well respected in the lacrosse world and growing up with him he was always trying to make me better and make me be the best player and person I could be. He helped me become the player that I am today and for that, I thank him for that every day.

Q: What are some hobbies you have outside of lacrosse?

I like to go on my boat a lot and I love to fish, I love being on the water. It’s where I’ve grown up, and I really enjoy my spending time on the water.

Q: How have you been spending this fall gearing up for the lacrosse season?

I play football, but one new thing I have implemented are morning 5:30 am lifts with my dad. After practice I go to revolution athletics with Justin Kull and do my speed and conditioning.

Q: Last season you put historical numbers for a freshman, how do you look to improve your own game?

The biggest thing about improving my game is focusing on being the best version of myself. I do not focus on numbers I just want to be the best player I can be. In order to reach that goal, being a great teammate comes first.

Q: A tough loss ended your season last year, how do you get over that hump and win it all in 2020?

Every day I wake up with a burning desire to avenge that loss it’s what gets me up easily out of bed at 5am before school to work out. Your season is never about just one game, a loss on that stage has driven me to be a better player and teammate I would trade in every bit of individual success to help my team win a county championship in 2020.

Q: Who has been the biggest influence on you as a player?

As far as my style of play I study many different types of attackmen and their styles. I have also had the ability, due to my dad’s pro coaching to watch many of these players up close and personal. As far as the person who has impacted my career the most it has been my dad, he’s helped me my whole life become the player and person I am right now and without him I don’t know where I’d be. He definitely has the biggest influence on me both as a player and as a person.