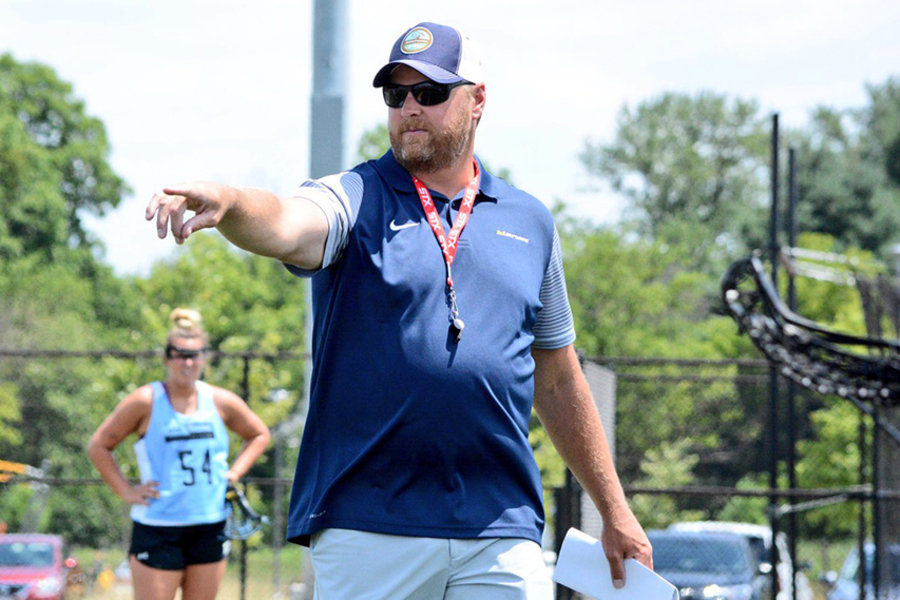 Regy Thorpe is one of the most respected names in lacrosse. He played college lacrosse at Syracuse where he captained the 1993 championship team during his All-American season. Upon graduating Thorpe played professionally, in the NLL. For 15 seasons he was a member of the Rochester Knighthawks, he played in Rochester from 1995-2010 and was the captain of two championship teams a decade apart; 1997 and 2007.

While playing box with the Knighthawks Thorpe also spent six years representing the Rochester Rattlers of the MLL, once again he was named captain. Thorpe has represented the United States on multiple occasions, a member of the 2002 United States team that defeated Canada in the Heritage Cup, captain of the bronze medal winning 2007 United States team at the FIL World Championships and he led the U.S. to victory over the Iroquois Nationals in the 2010 Bowhunter Cup. 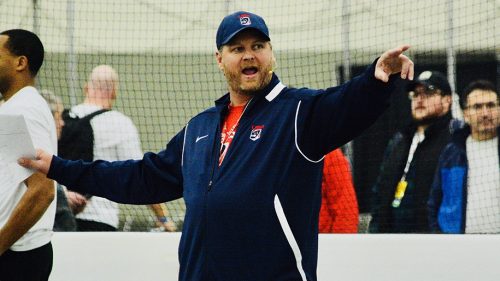 Thorpe, a natural leader, was the first player in NLL history to be simultaneously a player and general manager. During the 2008 and 2009 seasons with the Nighthawks Thorpe did double duties a seemingly impossible task that Thorpe handled remarkably well. The front office and player management aspect of his job helped ease his transition to the next phase of his career; coaching. After retiring from the NLL, Thorpe was an assistant coach for the Syracuse Women’s team. In 2017 he was named head coach of the U.S. Men’s Indoor team, an honor fitting for the NLL record holder for games played by an American. Now Thorpe is embarking on a new sort of challenge. He is the first coach & GM of the New York Riptide. The NLL legend is back in the league and has a blank canvas in front of him. Thorpe is tasked with bringing the Riptide to relevancy in their first season as a franchise. The team calling Nassau Coliseum home selected Tyson Gibson with the first overall pick in the 2019 draft, putting him with Long Island natives Matt Borges and Connor Farrell gives the riptide and Thorpe a very formidable lineup right from the start. Given Thorpe’s experience it won’t be long before the Riptide squad comes in first.