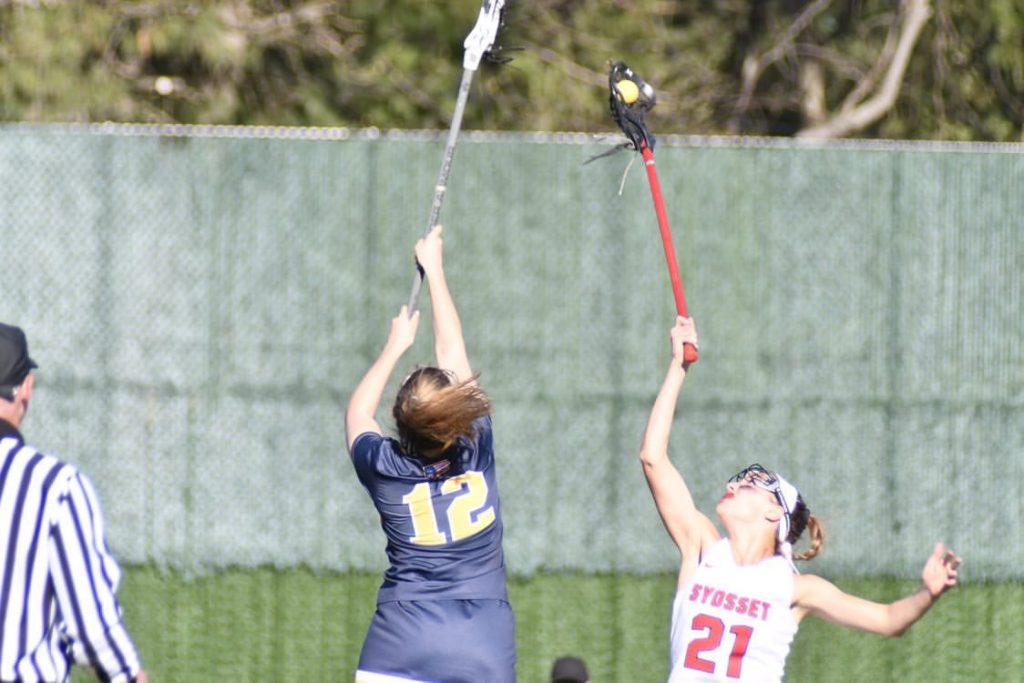 Kendall Halpern, the “studlete” from Syosset, is embarking on her senior season. Before she gears up for lacrosse Kendall will dawn her soccer cleats and basketball sneakers for one last go around. Halpern, a four year varsity soccer player has made the Nassau all-county team. Last season she was a member of Syosset’s first ever county championship squad. A fantastic soccer player, Kendall was MVP of the county tournament. During her junior hoops season she averaged nearly 12 points and led Syosset  to an undefeated regular season in conference play. The Braves lost to eventual champion Baldwin in the playoffs, so Halpern and her teammates enter this season with a massive chip on their shoulders.

Kendall is one of the best lacrosse players on Long Island, not only is she a fantastic player, but she is a wonderful role model. She has committed to Northwestern University to continue her playing career. Halpern has unfinished business here on LI before she goes off to Evanston, Illinois. Kendall put in 52 goals during her junior season and was a top scorer in all of Nassau County. The team record of 9-6  leaves something to be desired for Kendall’s senior season and with her work ethic don’t bet against the Braves.

Q: How has senior year been,  knowing that you’ve already made your college commitment?

I am living in the moment. I am focused on my sports, and I want to win three county championships in my senior year.

Q: Why did you choose Northwestern?

Northwestern provides the combination of a great academic and athletic university. Also, I wanted an opportunity to compete for a national championship and to play for the best coach, Kelly Amonte Hiller. Being on the campus makes me feel at home.

Q: Are you going to miss the other sports you have played in high school when you attend Northwestern?

So far I have had an incredible high school athletic career, I played for unbelievable coaches and have had amazing teammates. I will take a part of all three programs with me to college. Basketball is a part of my family’s genes and will always be a part of me.

Q: What do you want to gain from lacrosse this season?

My number one goal is to win, and get the program back on top of the climb to a county championship.