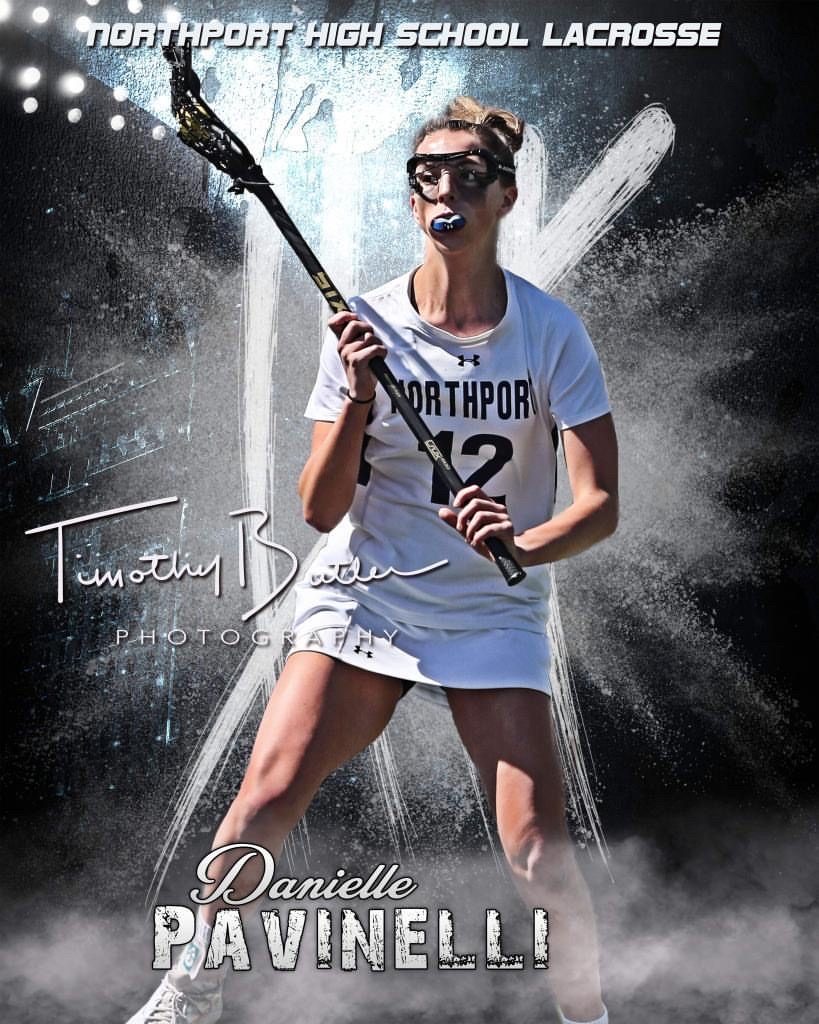 Danielle Pavinelli shines on the basketball court. Last season, as a junior, Pavinelli put up almost 12 points a game enroute to the Suffolk Class AA finals.

The Northport Star was hobbled a game earlier, but still managed to put up 20 points in the semis against Ward Melville. The Tiger’s fantastic season came to an end at the hands of Longwood in the finals. Pavinelli’s ankle injury was too much to overcome and the Tigers suffered a two-point loss. Would a fully healthy Pavinelli have made a difference? That’s what this season is all about.

Pavinelli is without a doubt an elite basketball player, but where she truly excels is on the lacrosse field. Pavinelli has committed to the University of Florida, and she is hoping to go there as a repeat state champion. Last season was special for the Tigers, and Pavinelli in particular. She led Suffolk county in goals (91) and points (127), such production is hardly ever seen from a junior. Danielle always prioritizes team success, and the team matched her excellence. Northport went 21-1 and won the state title, capping their dominant title run with a 10-8 victory over Baldwinsville. The team was on a mission, and they had achieved all they set out to do. With a team rallying cry all season of “unfinished business” after raising the championship trophy their business was done. Now as a senior trying to repeat presents a whole new set of challenges for Pavinelli and the Tigers, but if anyone can handle it; it is Danielle Pavinelli.

Q: How has your senior year been going?

So far my senior year has been going very well. Basketball season is starting soon so I have really been looking forward to that and preparing for it.

Q: Why did you choose Florida?

I chose the University of Florida for several reasons. It combined everything I wanted. Outstanding academics, high level lacrosse and coaching staff, beautiful campus and great weather. As soon as I stepped on campus I knew that this is where I wanted to play college lacrosse.

Q: Did you consider playing basketball in college?

When I was younger, basketball was my top sport and I always thought I would play in college but when my love for lacrosse grew, my opinion changed. I love to play basketball, but I wouldn’t play in college while I’m playing lacrosse. Maybe I’ll play after my 4 years of lacrosse and if I go to grad school.

Q: What one game sticks out in your mind, basketball or lacrosse?

The game that stands out in my mind is the State Championship game vs Baldwinsville. We had worked so hard to get there and it was an exciting and close game. I have been looking forward towards this moment since my sister won the state championship in 2011 and it was an incredible feeling to finally win it all.

Q: Last season your team embodied the “unfinished business” mantra, now as defending champions what will your motto be this year?

Our team motto for this year is “No Limits”. We chose this saying because after having such an incredible year last year, we want to  do it all again and even more. With hard work there’s nothing we can’t accomplish and there’s “no limits” to what we can do this year.

Q: How do you want to become better this lacrosse season?

I want to improve in all aspects of the game to become a more complete player. I also need to get stronger, faster and quicker and have worked on that since last season ended.

Q: What do you want as your legacy when you graduate from Northport?

After I graduate from Northport high school  I would like to be remembered as a good teammate, leader and someone that could always be counted on, on and off the field. I hope to set a good example for the younger girls on the team and would love to leave Northport with 2 State Championships as well.

Q: What do you like to do outside of sports?

Outside of sports, my favorite hobby is cooking. Ever since I was young I would always cook with my dad and he would teach me new things. It allows to take a break from sports and focus on something else I enjoy.