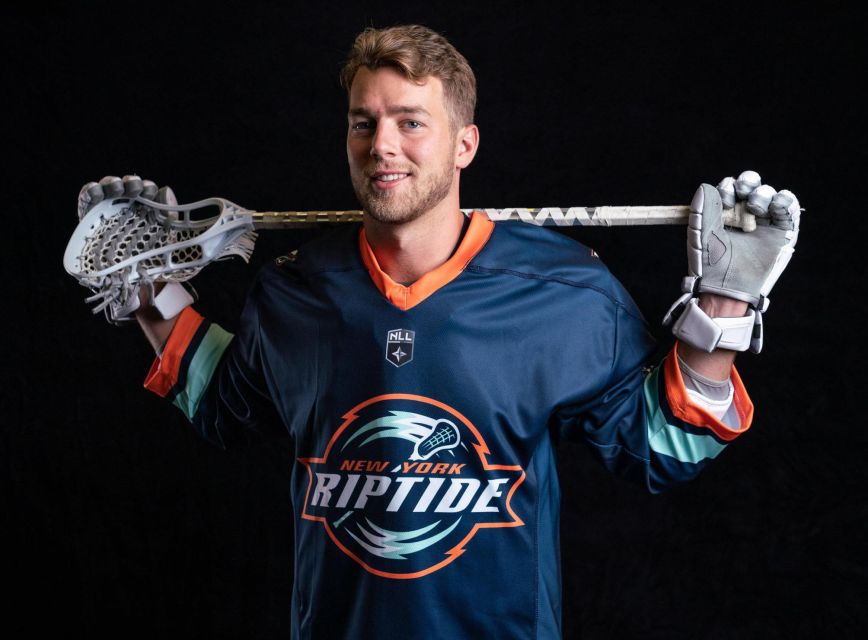 Connor Kelly, a native of Easton, Connecticut played a gambit of sports as a kid. Connor played tennis, basketball, hockey, and soccer growing up, his diverse sports background helped him excel on the lacrosse field later in life. Lacrosse didn’t always come easy for Connor, he was cut from the varsity team as a freshman at Fairfield Prep.  Instead of folding when times got tough, Kelly came back stronger than ever. Making the team the next year and eventually starting for Avon Old Farms. The next chapter in Kelly’s Lacrosse story took place in College Park, MD at the University of Maryland.

Kelly rewrote the record during his tenure at Maryland. He is the school’s all-time leader in appearances, with 76. He served as team captain during his senior season at UMD, and as a Terrapin he was a 2 time All American. The accolades don’t stop there,  Kelly was also a 3 time NCAA All Tournament team member, 3 time All Big Ten Tournament Team,  he was the 2017 Big Ten Tournament Most Valuable Player and the 2018 Big Ten Offensive Player of the Year. Kelly had one of the most decorated college careers in recent memory and he turned his collegiate success into a professional career.

In 2018, Kelly was selected number two overall in the Major League Lacrosse draft by the Atlanta Blaze. Kelly spent 2019 in the Premier Lacrosse League as a member of the Whipsnakes. In eight games he compiled 18 points, 10 goals and 8 assists. The Whipsnakes went on to win the first ever PLL championship, defeating the Redwoods in a one goal thriller. Kelly also represents the United States on the national indoor team. The team finished in third during the 2019 games. Now Connor is making his way to Long Island and joining the New York Riptide for their inaugural season. An outstanding lacrosse player and proven winner, Connor Kelly is the perfect person to lead this new NLL team.