Jack Monfort; Doing It All 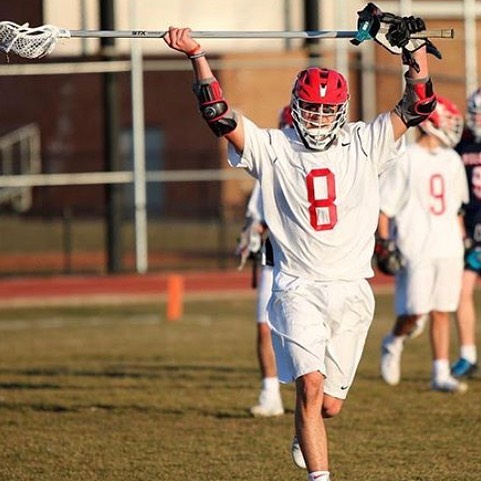 “Playing here is another level. Every lift is focused around your needs. It’s cool because you’re playing with kids who are the best in the country and everyone was an All-American. Your high school accolades don’t mean anything here, that’s why you have to work even harder to make new ones. In high school not everything was by the book, when running plays and if the play got messed up you were able to do your own thing. Here everything is by the book. At first I didn’t trust it, but then when we played our first fall ball games you tend to realize that you won’t win games if everyone isn’t on the same page.”- Monfort on playing at Yale

Jack Monfort is a special kid. The 2019 Syosset graduate shined in all aspects of his high school career. He comes from an athletic family, both of his parents played sports in college and his sister Camryn currently plays soccer at Lafayette. Monfort proved himself not only to be an excellent athlete, but was an academic standout while at Syosset. A member of the National Honor Society, all four years while he played lacrosse Monfort was named a New York Scholar Athlete and three times he was a Scholar Athlete for his contributions to the soccer team.

Jack captained the Syosset Braves soccer team and made the All-County team during his senior season. The team went 9-4 with three ties, and was the number one seed in Nassau class AA. The season came to a disappointing end in the quarterfinals with an overtime loss to Port Washington. After the loss Monfort’s attention quickly turned to lacrosse.

Lacrosse has always been Jack’s true love on the athletic fields. Monfort would tell you that the commitment required to excelling as a player is unmatched and the sensation of being the best cannot be replicated in any other sport. His passion and effort were on full display every single game of his career. He finished his career with a resounding 120 points (79 goals and 41 assists) culminating with a 30 goal and 9 assist senior campaign. That senior season was a special one, not only for Monfort but for the whole Braves team. Jack was a second time captain and led the team to a 14-3 record (7-1 in conference) the Braves made it all the way to the county finals. The game against Massapequa ended in heartbreak, despite three goals from Monfort the Braves lost 11-8. The magical season will forever hold a special place in Monfort’s heart, after four grueling years of playing with your best friends one loss won’t define you. In fact, that game is one of Jack’s fondest memories from his high school career. His on-field dominance and academic prowess landed Jack a spot on the Yale lacrosse team. The season kicks off February 1 against Syracuse, and before that he took some time to answer questions for the LILJ.

Q: Why did you choose Yale?

I chose Yale for the obvious reasons. They’re one of the top schools in the nation not only lacrosse wise but academically as well. You are surrounded by every schools valedictorian.

Q: What do you miss the most about Long Island?

I miss my friends and family the most. I also miss my dog of course. I definitely miss my high school coaches and being able to sleep in my own bed.

Q: What was the highlight of your high school career?

The highlight of my career was probably the county finals my senior year. Although we lost, we fought as a team and it really showed everyone’s character and how gritty we all were together.

Q: Who had the biggest impact on you as a player?

I had two people be huge impacts on me growing up; my mom and my dad. No matter what they were at every single one of my games, rain or shine. They would take me halfway across the country to tournaments without complaining or batting an eye.

Q: Where do you see yourself after school and does lacrosse play a role?

After school I can definitely see myself working in finance. If I get the opportunity to play professional lacrosse it would be hard to turn that down.