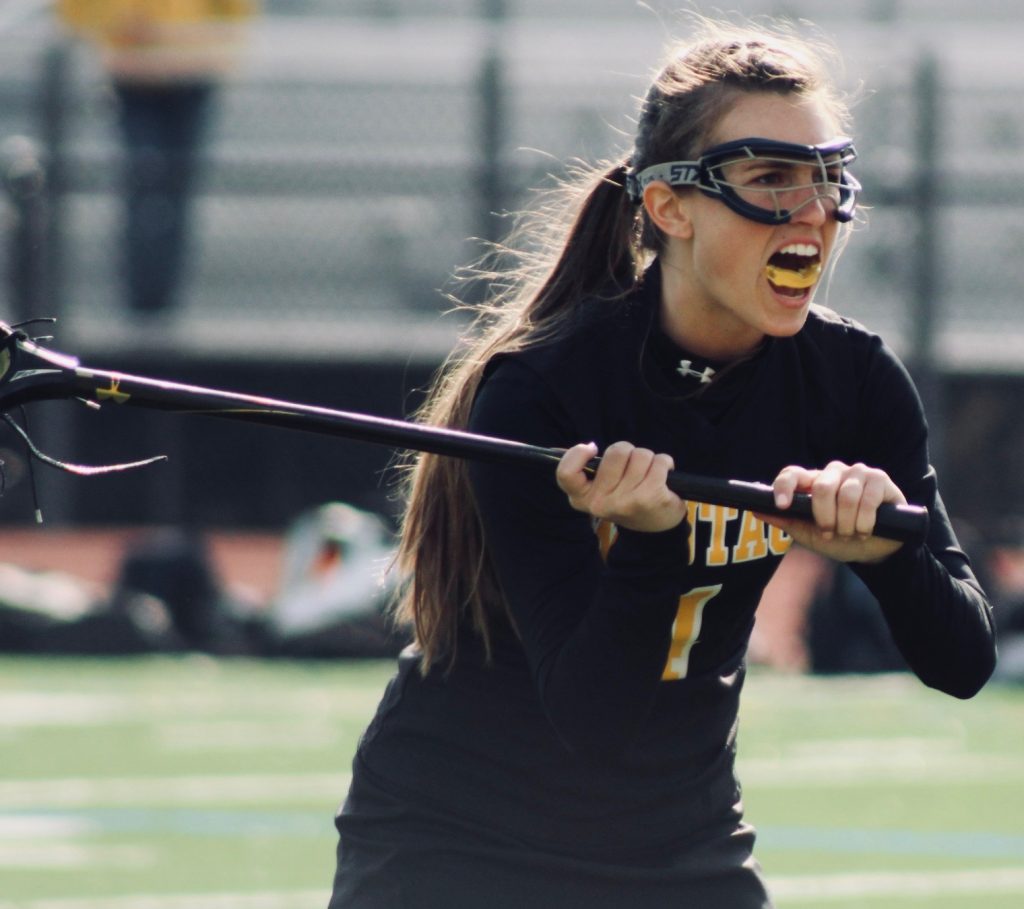 Danielle Carson recently graduated from Wantagh, and after an outstanding high school career she moved west. Now she is preparing to play college lacrosse at the University of Southern California this Warrior turned Trojan was one of Long Island’s most feared defenders. Carson played soccer during her tenure at Wantagh, she was a defensive specialist for one of Nassau’s better clubs. Defense has always been Carson’s calling card. The elite defender really made her mark on the lacrosse field.

Her senior season got off to a bit of a rocky start, as Wantagh dropped seven of their first eleven matches. Carson simply refused to let her storied LI career end on a sour note, she and the rest of the Warriors flipped a switch around mid-season and the team was off to the races. Rebounding from the slow start to the season Danielle led the Warriors all the way to the Nassau Class C finals. A matchup with Cold Spring Harbor would determine their season. A  back and forth contest ended in defeat as CSH defeated Wantagh 10-7. Still the season was one to be proud of for all members of the Wantagh team. A season of overcoming obstacles and supreme resiliency will not be forgotten any time soon. Carson is at USC and before dawning the Gold and Cardinal for the first time, she answered some questions for the LILJ.

Q: How has the adjustment to college been?

Adjusting to college has been a lot easier than I expected. My team has been very welcoming and we have developed great relationships from day one. I’m really enjoying lacrosse and being a part of the USC lacrosse family.

Q: Why did you choose USC?

Ever since second grade I wanted to live in California. I even wrote it in a time capsule in 2009. The campus and facilities are beautiful. There are a ton of great players from Long Island here or coming here so I thought it would be a great college  experience for me.

Q: What are some of the differences in training between high school and college?

College is more demanding. The speed of the college game is much faster than high school and the playing field is more even.

Q:What is your lacrosse legacy at Wantagh?

My legacy at Wantagh is that I was a hard worker. I always played for teammates and no matter what I gave it my all for the team.

Q:What do you miss most about Long Island?

I miss my family and friends a lot. It helps that I have been so busy since arriving at USC. I love spending time with my new teammates.

Q: Who has had the biggest on-field impact on you?

My dad has been a huge impact on my lacrosse game ever since I started back in third grade. He coached me from the start and always has supported me.

Our team competes in the PAC-12 conference and we are hoping to return as champions this season.

I’m not sure what I would like to do when I am older, but lacrosse has always been a big part of my life and if I have the opportunity; I would love to remain involved.