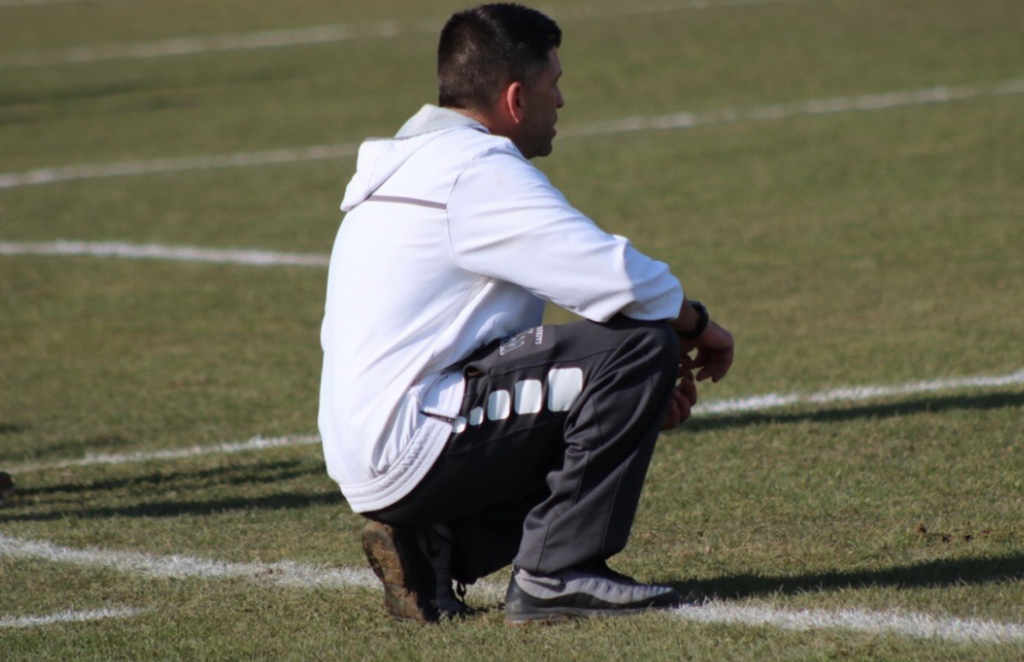 Desmond Megna has an impressive athletic background. A native Long Islander, Megna was a three sport standout at William Floyd High School. Staying active during college,  Desmond played both Soccer and Lacrosse at LIU Southampton. At LIU Megna turned in one of the most decorated careers in school history. An all conference player in both sports, he was named LIU Athlete of the year in 2001.After his playing days were over, Megna transitioned into the coach universe in 2002. Starting as an assistant at LIU and eventually working to Westhampton Beach. It was at Westhampton when Megna’s hobby truly became his passion.

At WHB Megna worked along side the late Ralph Pepe. Ralph Pepe passed away last year after a battle with cancer. Although he may be gone, his legacy lives on through Megna and the countless others fortunate enough to have been coached by one of the greatest. Megna attributes his coaching style directly to Pepe. It is a tough love approach that he finds most effective. Holding kids accountable for their mistakes yielding the best possible results in and off the field. Megna is now coaching both Soccer and Lacrosse at his Alma Mater, William Floyd, and he’d be the first to tell you that there is no better feeling than working at your high school. The ability to reach kids walking the same halls you did is unparalleled and the parents at William Floyd make every day a dream for Desmond. Coaching amongst the best in Suffolk county Megna couldn’t be more appreciative of the great level of competition year after year. Coaches like Mike Bowler, Pete Mitchell and Timmy Cox present a constant challenge to Desmond that only makes him and his players better. Megna would not be where he is today without Vic Guadagnino, currently the coach at Riverhead, the man who gave him the opportunity to coach at William Floyd. With unmatched support from the parents and an incredibly dedicated group of players; William Floyd is the perfect school for Megna. Before the lacrosse season gets underway he was kind enough to answer a few questions for the LILJ.

I played at William Floyd High School where I wrestled and played soccer as well. I then went to LIU Southampton and played both soccer and lacrosse.

I began coaching in 2002 as an Assistant at LIU. I worked primarily with the defense and face off men. From there I went to Westhampton Beach coaching both soccer and lacrosse. Alongside Ralph Pepe helped lead WHB Lacrosse to its first ever playoff birth.

Q: How do you balance coaching soccer and lacrosse?

It’s not easy. The key is to have an amazing support structure. Starts at home with a very understanding wife. It extends to supportive coaches in both staffs. My lacrosse staff has been the same for over a decade. Since I took over I’ve had Matt Miller James Lollo and Jon Germer with me. That consistency makes it easy.

At Floyd we pride ourselves on hustle plays. So if you don’t ride you don’t play. We also always say “There’s no such thing as a small play”

Q: What was the highlight of your coaching career? Soccer- beating Brentwood when they were ranked Top 5 in the nation. Lacrosse- beating Sachem North in 2011 after they just had beaten Number 1 ranked West Islip.

Q: Is there a particular player or team that stands out to you?

Honestly, the 2019 lacrosse team was a dream to coach. They came to battle every day. A player that stands out is Andrew Brust our goalie from 2018. Was a consummate processional and an absolute beast.

We always aim for the playoffs. Suffolk county Class A is deep and every team is extremely well coached so it’s a battle. We have a strong attack back with Jake and Noah Taylor And Julian Duque. A top notch fogo in Jezayd Hall and some great senior leadership with Bryan Lubitz and Andrew Bilotti.  We’ll be in the mix and shock some people.