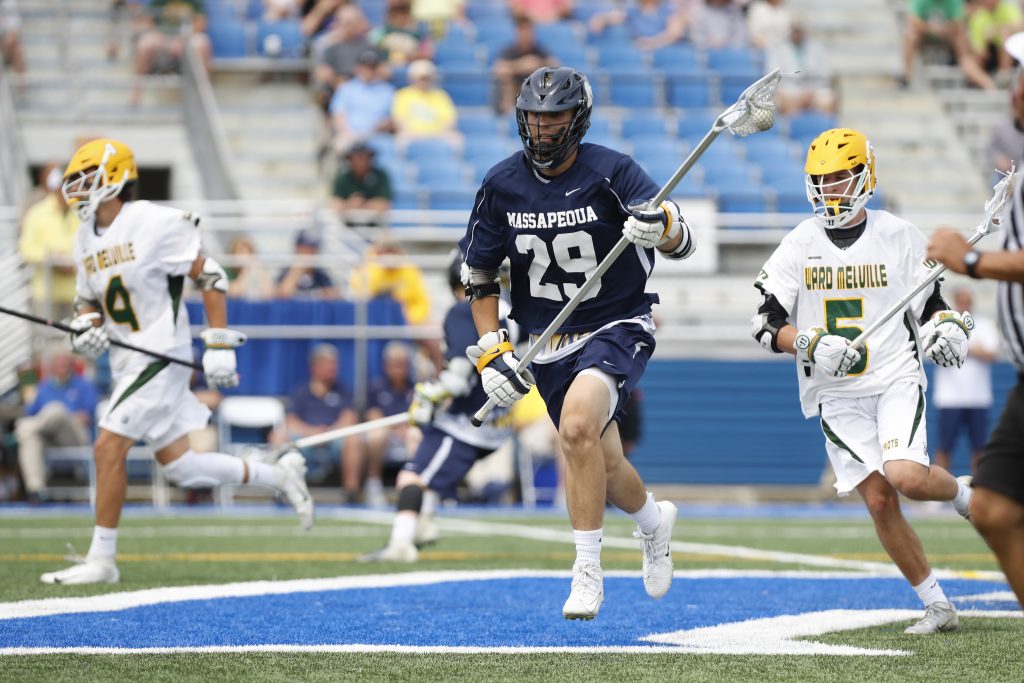 Kenny Brower’s high school career was one filled with highs and lows. As a Sophomore he played in the Parochial league for Kellenberg, this is when he committed to play his college lacrosse @ Duke. Though he had a real good experience playing for Coach Mike Schwalje @ Kellenberg, Kenny decided to transfer back to his hometown High School the Massapequa Chiefs. The following year Brower was so pumped up to play with all his boyhood buddies and was on a mission. Unfortunately for Kenny, his season was cut short due to a Knee Injury.

A year long recovery did not slow Brower down one bit, heading into his senior year he was named to the Under Armour All-American game and was the number 2 ranked recruit by inside lacrosse. With his injury behind him, and his commitment to Duke set in stone Brower was solely focused on bringing home a State Championship to Pequa. The 2019 Massapequa season was one for the ages, they went 18-2 and breezed through the conference going undefeated in nine games. The playoffs proved just as easy for Brower and the Chiefs as the defense was able to lead his team all the way to the Class A State title game. In this matchup against Fairport, Brower showed his defensive dominance and Chiefs were able to pull off the 10-6 win and Kenny’s hard work was rewarded with a state championship.

Q: How has the adjustment been so far?

The adjustment has been great and pretty smooth so far. All of the guys on the team and all of the coaches have been a major help to me. They have been able to help me feel comfortable both on and off the field here.

Q: Why did you choose Duke?

I chose Duke for obvious reasons. Year in and year out the team is consistently contending for a national championship while attending one of the most prestigious academic universities in the world. Also, I chose Duke because of the team culture and the coaches. The group of guys I’ve formed bonds with already are like none other before and the coaches instill this closeness among everyone everyday.

Q: How different is training now?

Training is definitely different than what it is at the high school level. The workouts are much more intense with less rest time. The practices are much faster and require a tremendous amount of physicality. The fact that you are grinding through every workout with every one of your teammates makes it that much more enjoyable.

Q: What do I miss most about Long Island?

I really miss the food and most importantly my family.

I have always had an extreme love for football, but I realized that I have the same love towards lacrosse and it would provide me the opportunity to get into a top university and hopefully have a successful job after.

Q: Who had the biggest impact on you as a player?

My dad. My Team 91 coaches have taught me a tremendous amount about the game and have really helped shape me into the player I am today, but my dad has been through it all with me. He has always been pushing me to be the best player I can be and has always been looking for ways to help me improve my game.

Q: What is it like going through a devastating injury?

At such a young age, going through a severe injury like an ACL tear is truly heartbreaking. It was extremely hard working my way back from the injury but it has given me the confidence that I can take on whatever life throws at me.

Q: Where do you see yourself after college?

I am still unsure what I want to do with my life but by coming to Duke, I am hoping to leave school on a path towards a successful job. It would be pretty cool if I was able to continue to play lacrosse after college also but you never know how everything will work out.