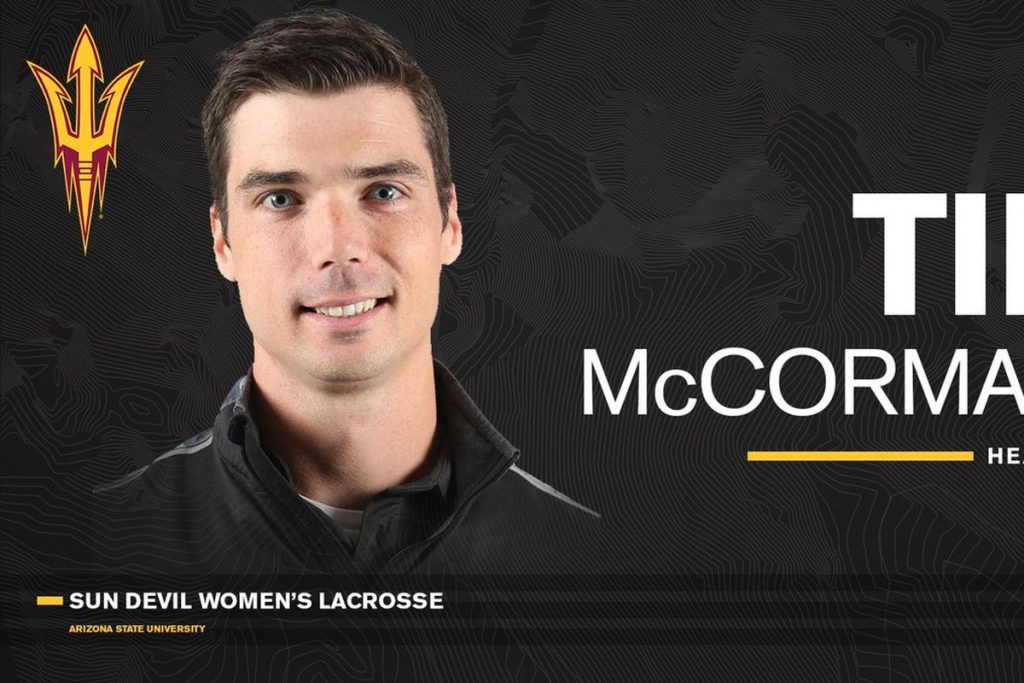 Tim McCormack has spent his whole life in and around lacrosse. The Long Beach native played goalie at Long Beach High for his entire four year high school career. At Long Beach, McCormack accrued a long list of accolades including making the All-American team and a Nassau County Goalie of the Year.

The next step of McCormack’s lacrosse life took him to Amherst, MA. While at UMASS McCormack took his game to the next level.  The All-American led his team to undefeated regular season during his senior season as a Minuteman. A three year starter and two time team captain, McCormack has always been a natural born leader making his transition into coaching seamless.

McCormack graduated UMASS in 2012, and almost immediately  joined the coaching ranks. In 2013, he was hired by Northwestern to join legendary coach Amonte Hiller’s staff. After a surprise resignation from Arizona State coach Courtney Martinez Conor in May, McCormack was tapped to head the Arizona State Women’s Program this past June. A young program, entering only its third year of existence. McCormack hasn’t been the head coach of a team since his club days on Long Island, but the moment will not be too big for the lax lifer. He is detail orientated and understands that this is a marathon not a sprint. Success won’t come overnight in the desert but with McCormack at the helm, the Sun Devils’ future is very bright.