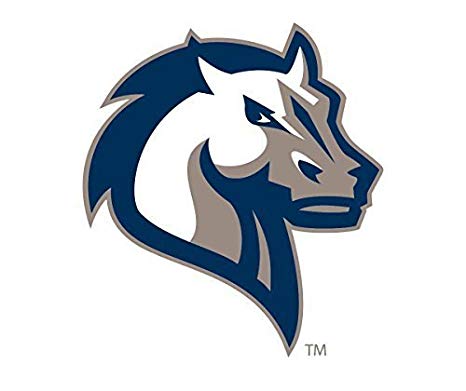 “With the loss of Ryan MacSpayden and Max Littleton, two All-Americans at both ends of the field, will be tough but we return a good core that will be essential to the Mavericks’ success. With the addition of some key transfers, we are looking to repeat in the conference and building towards a deep tournament run.” Senior Attack Tommy McPartland

Jordan Levine has been at the helm of the Mercy College Mavericks since 2012, and year seven was the culmination of all the hard work he has put into the program. The Mavericks had long been competitive in the East Coast Conference, but had not won anything until this past season. Mercy went 18-2 on the season including an unblemished 6-0 record in conference play. For the first time in program history the Mavericks won the regular season title, they followed up on their regular season success with an ECC tournament championship. Nationally they reached as high as number three in the USILA poll, and in the season of firsts the Mavericks finally made it to the NCAA DII tournament. After beating Seton Hall 15-10 in the first round the dream season came to an end in the quarter-finals against top seeded Le Moyne.

Last year the Mavericks boasted the top scoring defense in all of Division II, after losing an astounding 3 All-Americans (and one honorable mention) to graduation, a new crop of seniors will have to carry the mantle. The defense which only allowed 7.50 goals per game will now be anchored by Farmingdale graduate Bobby Norton. The senior started all 20 games for the Mavericks last year and caused 17 turnovers, highlighted by performance in a win over St. Rose in which he caused three. The offensive load will taken over by senior Tommy McPartland (Farmingdale) and junior Dominic Scorcia (Carey). The duo combined for 112 points, McPartland contributed 52 of them. Tommy was named first team All-ECC despite not starting a single game. Scorcia was named to the second team All-ECC, and proved himself to be an outstanding passer ranking second on the team with 32 assists.

“Last year the program took a big step winning the programs first ECC championship and winning our first national tournament game, but we also know this will put a target on our back. We’ve added a bunch of new key additions and the team is looking to repeat the success we had last year and hope to install that success as a tradition at Mercy.“–Senior Midfielder Ricky Marchelos

The team has been improving annually, and there is a lot of optimism within the program that this is the year that they breakthrough on the national level. With the influx of talent returning and a strong group transfers coming on board, coach Levine’s team is on the verge of something great. They are ready to cement themselves as a national powerhouse in 2020.

A message from Coach Levine below:

Long Island makes up 50% of our roster.  I attribute a lot of our success to that.  These are gritty, hard-nosed players and a group of guys that are all heart.  They are relentless  in working toward their goals.  Our level of consistency is a good example of this.

We have finished with a national ranking for each of the last 5 years:

Equally impressive is our success in the classroom.  Three of the last five years our team has won the East Coast Conference Academic Award of Excellence.  This award goes to the team with the highest GPA in the conference.

I am so proud of Mercy lacrosse.  Everything we’ve accomplished has came off the heels of what we believe in most: hard work, dedication, and always doing the right thing.  I know as long as I have these kind of young men playing for me that we will continue to improve and maintain a strong program. -Jordan Levine, Head Coach, Mercy Men’s Lacrosse