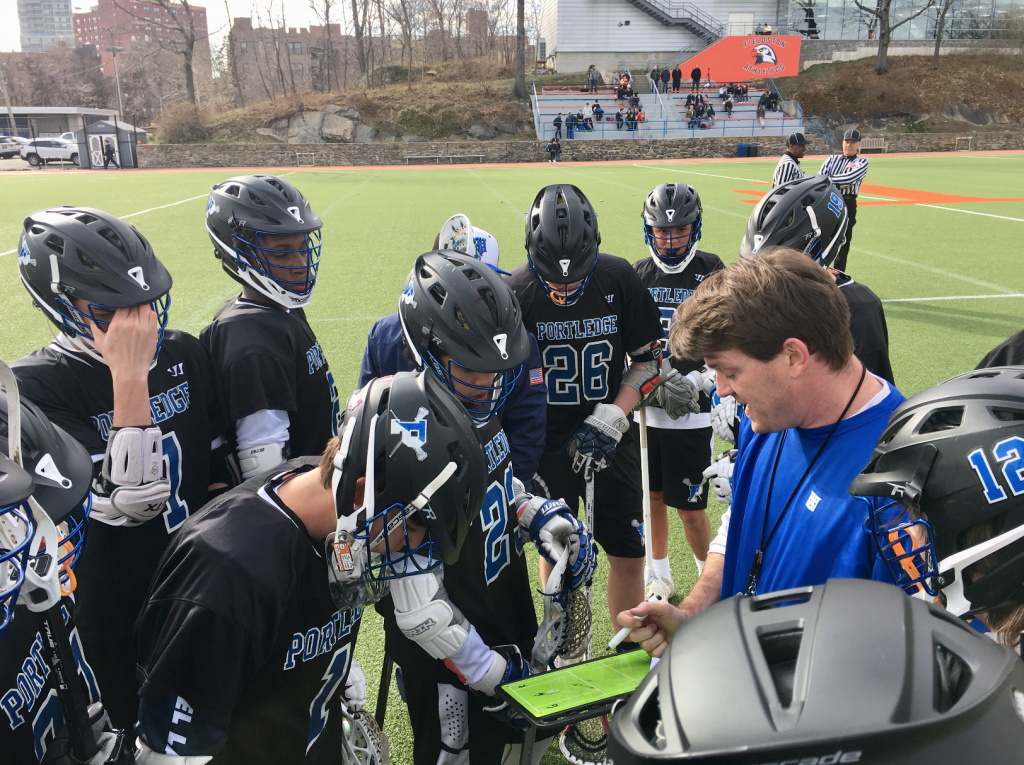 Nick Woll has spent a lifetime in and around lacrosse. He starred at Walt Whitman High School, he has been inducted into the school’s Hall of Fame. He started all four years. Three times he was named to the Suffolk All-County team. His on field success led him to Duke University where he played varsity as a freshman. He then began his transition into coaching, he was the Player/Coach for the Blue Devils club lacrosse team. Coaching is in his blood both of parents were coaches and Nick was a natural. After Duke, Woll returned to Long Island and was given his shot.

Woll’s first head coaching job was for the Portledge Middle School girls basketball team.  His work with the middle school basketball team netted him the high school boys varsity job. His work in hoops set the stage for his return to lacrosse and helped launch his fantastic career. A career that has included rebuilding losing programs into perennial power houses, getting the Argentinian National team their first win in international competition, and championships in not one but two sports. In 2019 Woll was recognized as PSAA coach of the year. His on field success and personal accolades are undeniable, but that’s not what keeps Woll motivated. Surrounded by his loving wife and two children, it is the people that Woll gets to impact that motivate him and inspire him everyday.

Q: What is you lacrosse background?

I played high school lacrosse at Walt Whitman in Huntington Station. I started all four years, and three time was named to the Suffolk All-County team. I played varsity my year at Duke, and then transitioned into the role of Player/Coach for the club team.

I always knew I wanted to be a coach, both of my parents coached. My dad and I were drawing up football plays when I was in grade school. When I started teaching at Portledge, they gave me my first head coaching gig. I was tapped as the  middle school girls basketball coach. I worked hard and was given the Varsity Boys Head Coaching position in my third year in the district. As the varsity basketball coach, we won 3 league championships in my first four years and advanced to 7 straight playoffs. Twice we appeared in the state tourney. During this time I was also coaching Jr. High Football and Lacrosse at Cold Spring Harbor High School.

Q: What is you Motto?

We often use “Play hard. Play smart. Play together.”

I like the quote, “I firmly believe that any man’s finest hour is that moment when he has worked his heart out in good cause and lies exhausted on the field of battle, victorious.” – Vince Lombardi

In terms of winning, winning the State Championship at Cold Spring Harbor in 2017 as an assistant on Coach Bonn’s staff was an incredible experience. I look back to my last year as the varsity basketball coach, we have annual alumni game, and it was so rewarding to see players from all 7 of the classes I coached come back to Portledge.

As a coach nothing topped attending the weddings of two of my former players this past summer and fall. To see the boys I coached turn into men is what it’s all about. Just being invited to the weddings was such a joy. I coached these boys in 2009 and seeing them lead such positive and healthy lives is unlike anything.

Also one of the highlights of my career…coaching grown men representing their home country was an amazingly fulfilling experience. It was unlike anything I’ve been a part of before or since. The pride these men had for their country was unbelievable. Their love of lacrosse and the opportunities it afforded them was special to behold. Getting to coach with my old teammate and former Duke captain Ben Brenneman was great. I am honored to say that I was a part of the first win in international play for the Argentina National Team (2014 World Lax Championships in Denver)

I took over the program 3 years ago and it was a rough first season. I needed to rebuild the culture and commitment of the student-athletes (Portledge had been a great program in early 2000s but needed a rebuild). We had a great season last year, we advanced  to the PSAA championship (we lost to a better team, amazing to win a playoff game in year 2). Portledge received a bid to the NYSAIS state tourney and uour season came to an end with a loss to Hackley, who ultimately won the state championship. Truly a phenomenal season considering we were likely the youngest varsity team playing on Long Island (more than half the team were freshman) our future is very bright. I was honored to be awarded the PSAA Coach of the Year award. A personal highlight is going with the team to Disney for a week long spring break trip. We’ll be doing again this year in march. It’s an amazing team bonding experience and certainly one of the coolest things we do.

What are your expectations for this season?

This season we look to build on last year’s successes. We brought in another great freshman class of ten student-athletes, so we are still a relatively young team. This year we will be better suited to challenge for a league championship. Joe Scandalious is our standout attackman he plays on FLG 2022 team. He is coming off of a 50 point season as a freshman. Joe has dedicated himself to the weightroom and he plays basketball at Portledge as well….he’ll be our leader as a sophomore and expected to fill some pretty big shoes.Find young student-athletes interested in attending private school and building a program. Portledge is an amazing school and opportunity for many students on Long Island. As the program makes a name for itself could be a great alternative to the big name private schools. Give players the opportunity to play early in HS career.