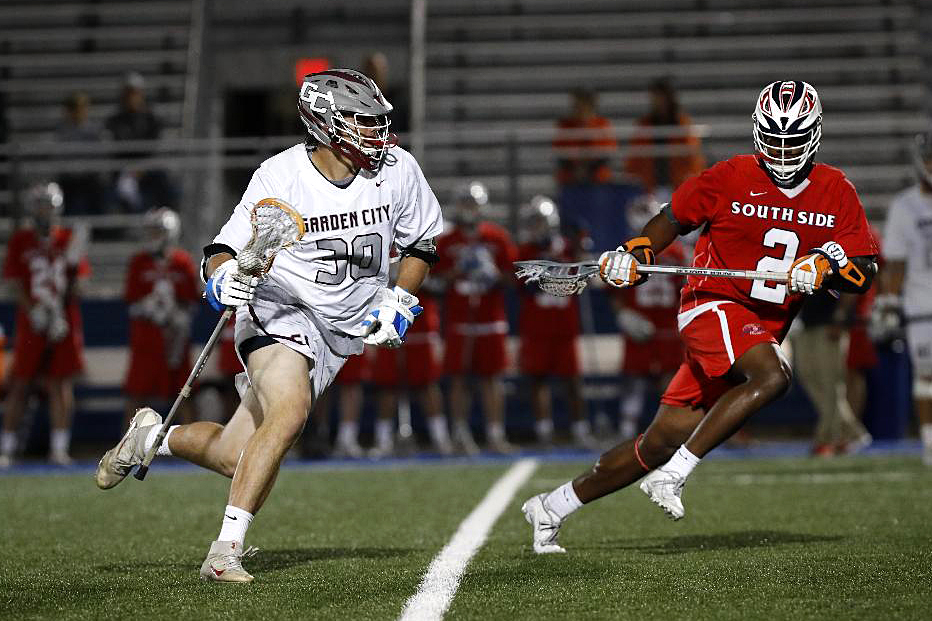 Christian Sullivan is a multisport star at Garden City High School. The Senior is a standout member of the record setting football team. A team that has seen not one, not two, but three Nassau Class II championships in Sullivan’s first three seasons at the school. Garden City recently saw their unprecedented 42 game win streak come to an end at the hands of MacArthur.  Sullivan, Linebacker, was undeterred by the loss if anything the loss put the streak behind them the Trojans can finally put all their focus on winning a fourth straight title.

Sullivan is an excellent linebacker, but he is also known throughout Long Island for his lacrosse skills. Garden City has been one of the most dominant programs in Nassau county and during Sully’s time on varsity it has been no exception. The 2018 team went an astonishing 18-3 and 9-1 in conference on the way to the schools first Class B title since 2013. The following year, Sullivan and the Trojans performed even better during the regular season, finishing 15-2 and set up perfectly for a chance to repeat. In the Nassau Class B finals the dream season came to shocking halt as a double OT loss to Manhasset sent Garden City home earlier than expected. Sullivan is now amped up for his senior season, determined to right the wrongs of last year. With only a few months to go before he joins the college ranks at Franklin and Marshall expectations at Garden City have never been higher and Sullivan fully expects to deliver.

Growing up I’ve always looked forward to being senior in High school, the oldest in the school, and this year hasn’t fallen short of any expectations I’ve had.   I’m taking in every moment of my last year as a garden city HS athlete and playing with my teammates I’ve grown up playing with my whole life.

Q: What has been the most memorable moment  the football season thus far?

Although this might sound a little unusual my most memorable moment of my fb season thus far was losing to MacArthur. Being apart of three undefeated GC football team, this year I’ve learned more about myself as a player when we lost than ever before. I’ve learned losing is part of the game, and as captain to turn the negatives into something we learn from and improve upon.

Q: Will you miss playing football in college?

yes I will miss playing football, its the ultimate team sport. Its been great growing up playing all these years with my friends, and I will hold onto those memories forever. But I’m excited about the new chapter of my life and memories I will make while playing lacrosse In College.

Q: Why did you choose Franklin and Marshall?

I chose Franklin and Marshall because not only does it have a great lacrosse program where I can improve and learn on my game, It also has a great academic reputation where I have a chance to build close relationships with students and my professors.

Q: How do you comeback from such a tough loss that ended your season last year?

Losing in the county finals last year in double OT was tough I will say but looking forward into this season we are motivated  to get back to same spot as two years ago, state champions. We can’t let our strong emotions of losing get in the way of our final goal. As a team we are gonna learn from it and make sure it doesn’t happen again.

Q: Who has had the biggest impact on you on the lacrosse field?

My biggest impact on the lacrosse field is Eddie Blatz. This April, will be the 4 year anniversary of his passing, Eddie is an amazing role model who was always  well-respected and well-liked by his teammates. I am honored to have known him as well I did, every time I step on the field I play for him.