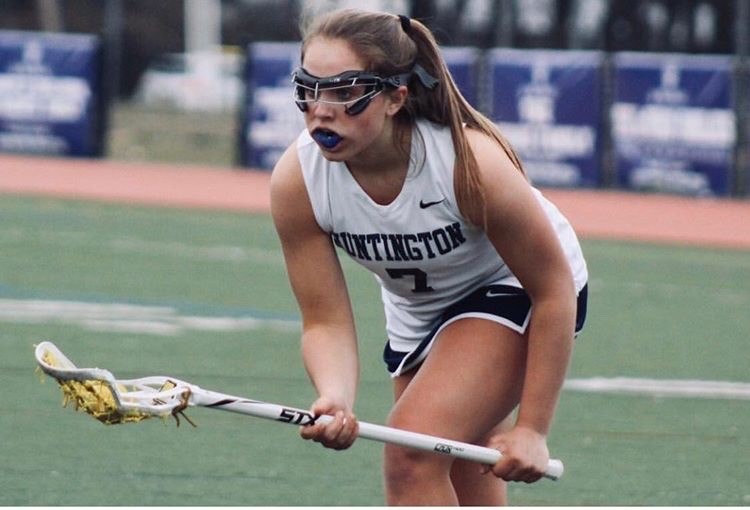 Jordan Forte (2021, M, Huntington)- Stony Brook: Forte is one of the most tenacious players between the thirties in Suffolk. Coach Spallina continues his trend of recruiting gritty, hard-working, athletes in his county. Forte has the potential to become a dominant force in the midfield in years to come. Her circle play, defense and gb ability is impressive to say the least. Once she develops that same dominance on the offensive side of the ball, watch out! Congrats to Jordan on becoming a Seawolve.

Christaina Mastrorocco (2021, M/A, Mount Sinai)- Binghamton- Christiana is an extremely fast left handed utility player who can play all 3 positions on the field. Solid left handed offensive player she can play lock down on the defensive end  equally as well.

Jordan Conversano (2021, M/D, Harborfields)- Johns Hopkins– Conversano is a work-horse defensive middie who is a strong presence in between the 30’s and in the zone defense. Harborfields counts on her to help transition the ball up the field, she has great field sense. She has great footwork and can match feet with just about any attacker.

Alexa Maggiacomo (2020, Attack, Pat Med)- Iona- Alexa will be attending Iona next fall to play lacrosse. This will be Alexa’s fifth year with the varsity. She is a 2 year captain. Last year she was awarded All County Honorable mention.

Shane Murphy (2021, A, Long Beach)- Rutgers- Murphy hails from the Beach. We’ve been tracking this kid for years now and his game has risen to another level. Long Beach’s leader on the offensive end, Murphy is a versatile goal scorer with the ability to dodge, draw and dish. Another ‘d’ for you is determined. This kid is determined to show Long Island he’s one of the best attackman out there. RU got a good one.

Tyler Schwarz (2021, D/LSM, SWR) & Johnny Schwarz (2021, M, SWR)- UNC- Like Batman and Robin, Ty and Johnny Schwarz are boys. These two compliment one another with their differing personalities, personas, and play on the field. As for their play, both are ballers. Understood why these two were a package deal, because they both bring so much to the field. Tyler is built for where the game is going. Athletic, fast, LSM who can defend all over the place and push in transition for some easy goals. Johnny is your short-stick Swiss Army Knife who can cut, clip, scoop, you name it, he will do it. Both are big parts of Shoreham’s success, the Schwarz brothers have two more seasons of high school before they enter America’s premier lacrosse conference in ‘21. Excited to see Tyler And Johnny this season and special congrats to 2 GOATs we call the Schwarz Brothers.