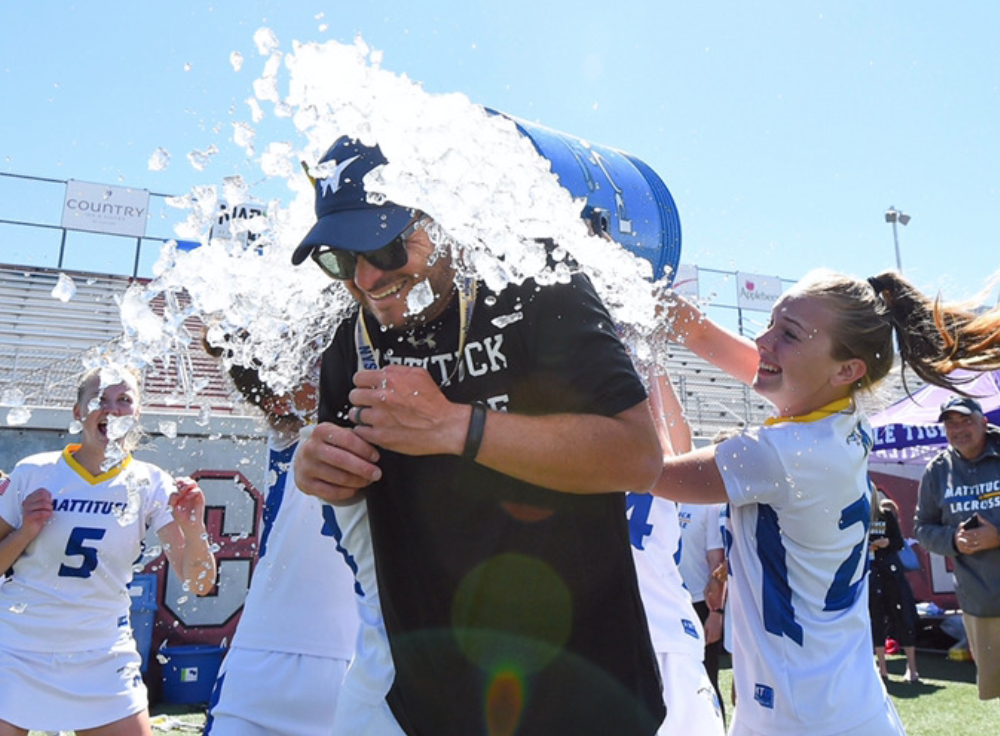 Matt Maloney has been one of the best lacrosse coaches in Suffolk county for a long time. The irony? He never played.

Matt Maloney was a baseball player growing up, and never really got on the lacrosse field. He knew from early on he destined to be a coach, and as student teacher he was privileged to work with one of the best; Joe Spallina. Spallina taught Maloney, but Maloney has mastered the craft on his own. He has been named Suffolk county coach of the year on three separate occasions, while representing two different schools. His success hasn’t been a one man job. His assistant James Hoeg, and the people of Mattituck who helped Maloney start up the program, have been invaluable during this process. Of course nothing could have been accomplished without the support of his lovely wife, who has always been Matt’s number one fan. He is a champion and a leader, and before he leads his back-to-back defending championship squad back out for the 2020 season he answered some questions for the LILJ.

Q: What is you lacrosse background?

This is always a little funny to answer for me.  The ongoing joke is that I’ve never played girls lacrosse, really I’ve never played any lacrosse.  I was a decent athlete growing up, and friends always told me to play, but I played baseball in the spring high school season.

I always loved sports when I was a kid, I first knew I wanted to coach and become a P.E. teacher because I would be able to coach young kids and athletes in numerous sports throughout the school year.  I wanted to teach athletes and allow them to progress the way I did through my former coaches. I wanted their experiences and successes to be as enjoyable as mine were in my playing days.

Q: How did you start coaching girls lacrosse?

That I owe to now Stony Brook Coach Joe Spallina. I did my student teaching for P.E. under him back when he was at Rocky Point High School.  He initially encouraged me to study and learn the game from his coaching staff and his strong teams. I’m very thankful.

Q: What is your motto?

I don’t know if I have an actual motto (I should come up with one) but I do emphasize and preach a couple things every practice…..

Q: What was the highlight of you coaching career?

It’s tough to pick just one, our teams have had some big wins over top ranked opponents over the years. But winning the NYS state championship is pretty awesome. 2018 we set a record for least goals allowed in a final (1). Then 2019 going back to back, and finishing the year in the top 25 nationally was pretty special.

Q: Is there a particular player or team that stands out to you?

I’ve definitely coached some outstanding and incredible student-athletes players over the years. I think the really cool thing for me is that my teams, every year, know that it’s about getting it done any way we can and accomplishing the team’s goal. Especially our “stud(s)” or leaders, they buy in to the team concept and make the players around them better.

I’m really excited for the upcoming season and the challenges it presents.  We graduated 11 seniors last year, however I believe we’ve created a level of expectation for the program to compete our butts off in every contest. We have 6 seniors returning this year that have all been on Varsity for 3+ years.  We will lean heavily on All-American Mackenzie Hoeg (UVA) and this senior crew to mold and shape the eager and athletic younger players coming up. Should be real fun.

Q: What is your favorite part of coaching?

I love how the game keeps evolving and good coaches help their teams come together and adjust. I really enjoy matching up against other great coaches/teams and the game planning/preparation aspect of coaching. But probably the most enjoyable part of coaching is watching players progress physically and mentally to execute and reach their full potential.

Q: What has coaching taught you?

Coaching has taught me many things. I’ve learned so much about dealing with different athletes and parents along the way and its made me a better coach as I continued from year to year.  One thing that sticks out is the relationships formed between a coach and their players are so important and can be so strong. My players know that I will do anything for them, and therefore give their all for the girl standing next to them. This trust allows me to push them to give maximum effort, to be their best and achieve their ultimate goals.

Favorite movie – The Other Guys