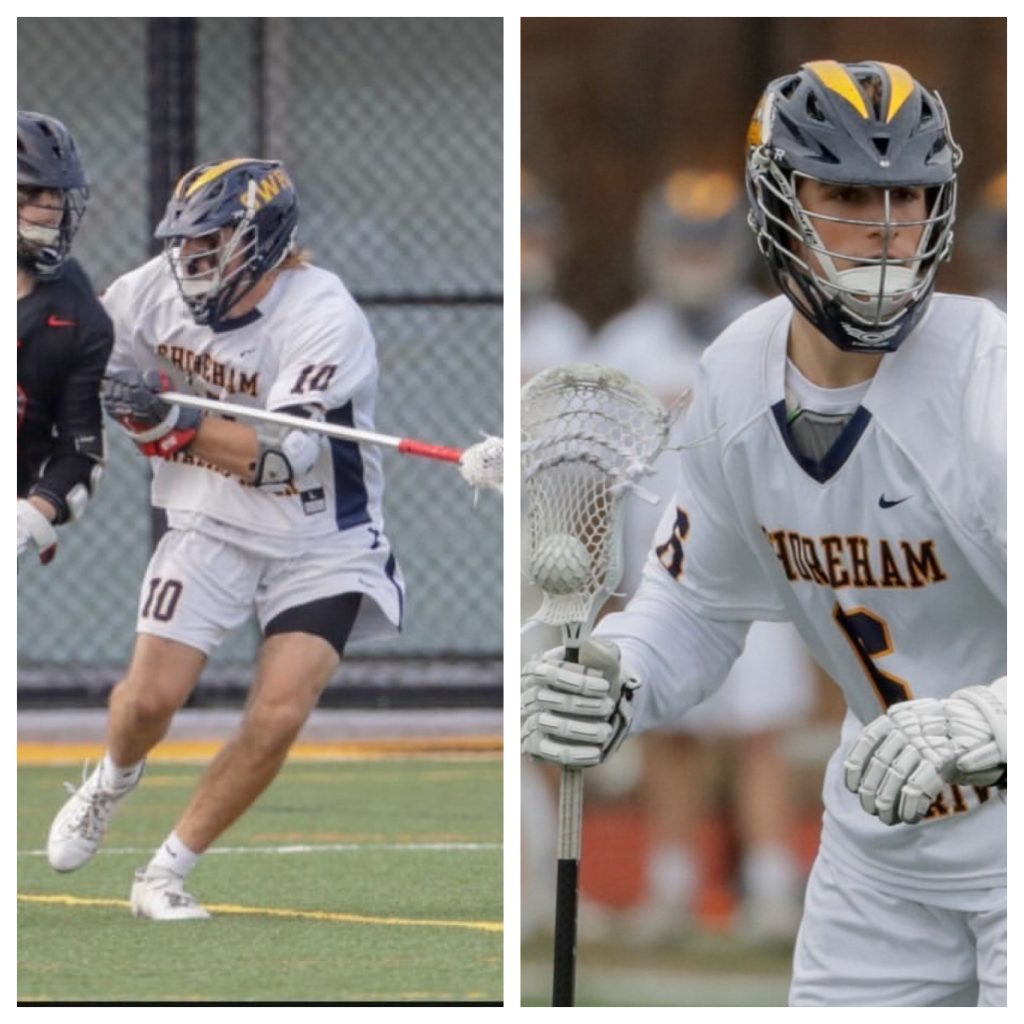 This week, two of the top players in the country for the 2021 class, Tyler and Johnny Schwarz decided to take their talents to Chapel Hill. UNC already has a ton of talent from Shoreham Wading River as in the spring of 2021, Xavier Arline will be joining the Tar Heels, and another former Shoreham Wading River standout, Chris Gray recentently just transferred from Boston University to UNC. The Schwarz brother’s will be added to that group. The LILJ asked Tyler and Johnny Schwarz to talk about their life changing decision:

Tyler: Johnny and I chose UNC because right when we stepped onto campus  we loved the whole atmosphere. Coach Breschi and  Coach Unterstein have such a passion for the game of lacrosse.  They have so much energy which I love and they truly care for their players .

Johnny: I decided to commit to UNC because the culture, atmosphere, and pride there are like no other college. The coaches and players on the team were so personable and you could really tell they cared about each other.

Tyler: We were both considering Virginia, Hopkins, Rutgers, and Cornell.

Johnny: The other schools we were looking at were Johns Hopkins, Penn State, Rutgers, Cornell, Virginia.

Tyler: Yes it was always the plan to play together in college it would just be easier for our parents and fun for us.

Johnny: Tyler and I have always talked about playing together in college since we were little. Also, it’s so much easier for our parents too. It’s like a dream come true.

Tyler: I would love to thank Brian Spallina, Chris Rogler, and Mike Baudo. They’re my 91 coaches. Also would like to thank my SWR coaches Mike Taylor, Ryan Kuhn, and Dan Luciano who have helped me get here.

Johnny: I would first off like to thank my parents for always sacrificing time and money to get us to practice, tournaments, etc. They’ve done so much for Tyler and I it’s unbelievable. I also wanna thank my High School Coach Mike Taylor and Club Coach Brian Spallina. They both have helped me become the person and player I am today and I can’t thank them enough. Last person I wanna thank is Steve Lachenmeyer, he was our PAL lacrosse coach and one of my friend’s dads, and he was the one who told me I should start playing lacrosse.

Tyler: The most exciting part about going to UNC is the incredible opportunity academically and athletically and to be part of an incredible lacrosse program

Johnny: The thing that excites me the most is the guys on the team. When I met a bunch of them and hung out with them you could just tell how much of a bond they had together and it was really awesome to see. I can’t wait until I’m a freshman there and have 40 best friends.

Tyler: I am looking forward to this upcoming season. We have a lot of tough teams in our division but I hope we have the same outcome as last year.

Johnny: I think we will have a great team like we did last year, but last year is in the past. This year is a new year and have to play every game with a chip on our shoulders and know that every team wants to beat us.

Tyler: I am going to workout at Revolution Athletics to get stronger and quicker and do skill work with my brother and my teammates.

Johnny: Tyler and I are just going to keep working hard and try to get another State Championship!