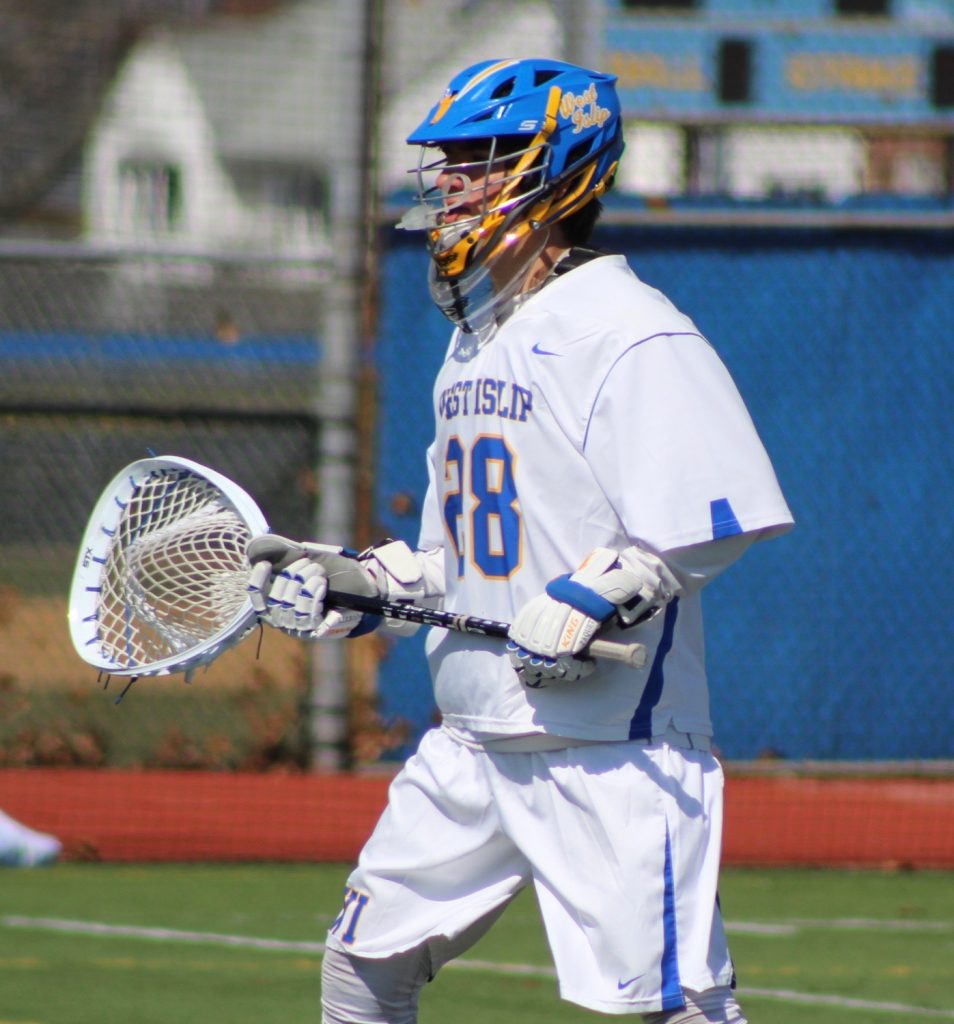 Jared Paquette is a brick wall in net. The star goalie posted remarkable numbers during his junior season at West Islip. An outstanding .590 save percentage guided the Lions to 11 wins on the year. Paquette’s excellence was rewarded he was named to the All-Suffolk county team and All-division. He was also named team MVP, quite an honor for a junior. Paquette did not rest, he came back stronger than ever during his senior campaign. He registered a ridiculous .710 save percentage while leading West Islip to 13 wins and the county semis. Once again the postseason accolades for Paquette came rolling in. He was All-Suffolk and All-County for the second season in a row, and this year was named  Suffolk County Lax Coaches Association Most Outstanding Player-Goalie. He was even an honorable mention All-American.

The supremely talented goalie received one other national honor; he was selected the United States U-19 National Team. It truly a special recognition be a member of that team, and Paquette earned his place with an unrelenting work ethic.  That hard work does not only apply to lacrosse, Paquette is a fantastic student, the National Honor Society member was twice a Scholar Athlete award winner. Always looking to challenge himself, Paquette is currently studying at Yale, and right before he heads home for Thanksgiving he answered some questions for the LILJ.

Q: How have you been adjusting to college?

College so far has been hard as I expected. Going straight from captains practice and spending the rest of the day in the library is definitely something to get used to. I went in with the mindset that school is going to be the hardest thing that I have ever done and that mindset has definitely helped me

Q: Why did you choose Yale?

I chose Yale because it is one of the best academic schools and also has a high standard of lacrosse. If I went to any other school I would have had regrets that I didn’t push myself to get the grades to get into Yale. If I didn’t come here I would have thought about what my life would have been, if I went to Yale.

Q: How did you become a Goalie?

Q: What was the defining moment of your career at West Islip?

A defining moment in my west islip career is definitely the goal that I scored against Walt Whitman junior year. But also coming into senior year fired up to play and finishing with a 71 save percentage. That will be something I will be proud of for a long time.

Q: What was it like being a member of Team USA?

I think being on team USA was a crazy experience and it didn’t really hit me until I got on the field following someone carrying the American flag with the national anthem playing in Ohio state stadium shortly after gave me chills.

Q: What do you miss most about Long Island?

I definitely miss my friends and family the most and can’t wait to see them thanksgiving break.