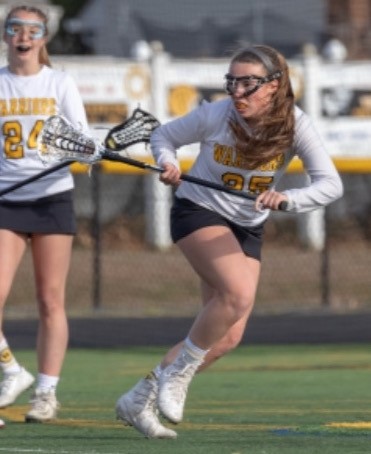 Jack McDonald (2020, D, South Side) – Stony Brook: Jack had a tremendous Junior Year receiving Honorable Mention All County. He’s an athletic defenseman that can play both close and LSM. He can also transition from D to O very well. He will play a vital role on this year’s South Side team.

Brendan McCrary (2021, Defense, Comsewogue)- Army: McCrary is a stud. He’s a typical hard nosed suffolk county defender who is athletic. He’s a leader on Comsewogue and can get out of people’s hands. Expect a big junior campaign from McCrary.

Ben Ferrara (2021, FOGO, Locust Valley)- Boston University: Ferrara is like a shot out of cannon. This fast-twitch face-off specialists from the land of the Falcons, has risen onto the scene as one of Long Island’s elite. The Terriers have secured not only one of the best at his position, but a very good lacrosse player too. Ferrara is known to pinch and pop his way to the top of opponents restraining boxes, placing immense pressure on his opponent. Don’t slide and the ball will go from Ferrara’s mesh to the back of your net. Congrats to Benny ’The Jet’ Ferrara on his commitment.

Luke Dellechichi (2021, Attack, Locust Valley)- Brown: If Ferrara is your go to BBQ sauce, than Dellechichi has got to be your favorite Saracha. One of the spiciest attackman on the island has announced his commitment Brown. This kid flies around the field making plays. Give him an inch, and he’ll make you pay. Over-commit, and he’ll put you in his rear-view. Luke Delli is a tough one to deal with on the offensive. With his boy Ferrara’s help, the Falcons of LV will have the ball and Chich will look to put up monster numbers in his Junior campaign. Luke will try and make 2020 the year of the Falcons.

Nick Belvedre (2021, Attack, Miller Place)- Manhattan: Belvedre is slick lefty attackman that’s an equal threat to score/feed. Dangerous Time/Room Shooter and crafty finisher around the goal. Belvedre had a balanced 23G and 17A as a sophomore. In 2020, Nick will carry a larger load. After committing to the Jaspers, a program on the rise in the D1 college ranks, Belvedre should have the confidence to take his game to new heights.

Reilly Brady (2021. Defense, Wantagh)- Molloy: Reilly has great size and deceptive speed. She is a lockdown defender and will play a big role this upcoming season on the defensive end.  She doesn’t take a play off and that should help the Warriors as they look to get past the Seahawks of CSH.

Kelly Logue (2021, Attack, Rocky Point)- Siena: Kelly Logue will be an asset to the Siena women’s lacrosse program.  Her lacrosse IQ is above and beyond what is needed to succeed at the division 1 level. Most important is when she gets the ball she knows how to find the back of the cage at any cost.