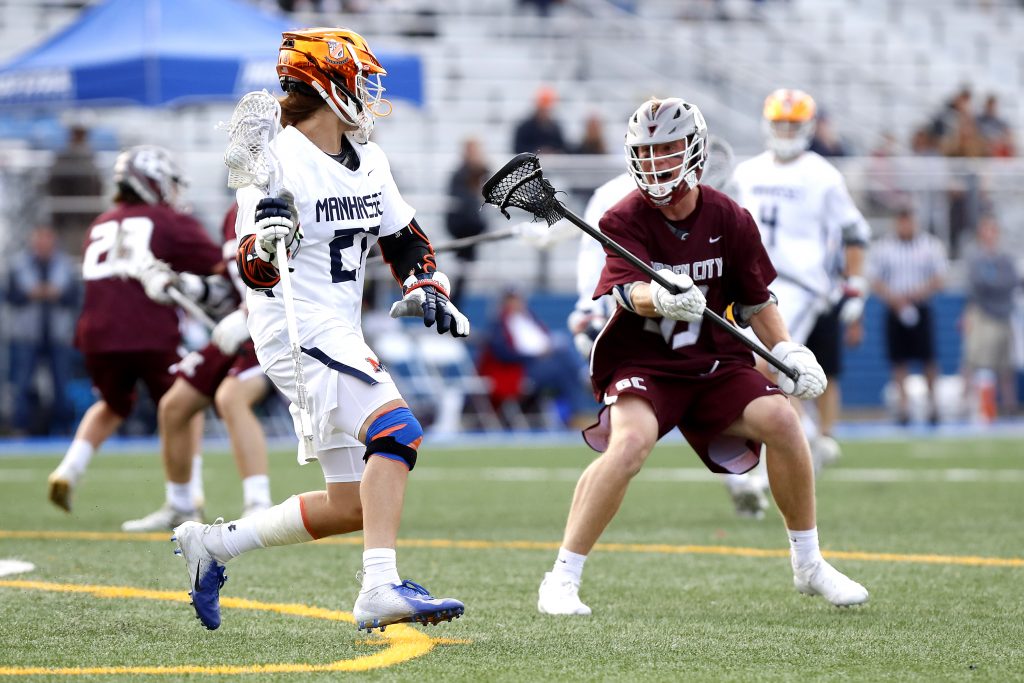 Colin Hart is one of the greatest winners Long Island has ever seen.  Hart played Quarterback for what many consider to be the greatest team in the history of Long Island football. With Hart under center the Trojans set a record going 36-0, en route to become the first team in LI history to piece together three consecutive champions without losing a single game. Along the way, Colin picked up a personal accolade. In 2018 he was recognized as Long Island’s most outstanding quarterback and was the recipient of the Snyder Award.

His gridiron glory is mind boggling and success to that degree may never be seen again, but Colin is a lacrosse player to his core and his lax resume is not too shabby either. The star defenseman  contributed to a pair of Long Island championships in 2017 and 2018. During that 2018 season the Trojans went on to win the State title. A laundry list of personal achievements for Colin Hart as a lacrosse player including three all-county selections, two Newsday All Long Island selections, and a junior he was named Nassau County defenseman of the year. Not to be outdone, his senior season he won the Nassau County (NCLCA) Player of the Year. Perhaps more impressive than all of his on-field accomplishments is that Colin was three times on the Nassau County All-Academic team. He is now at Brown University preparing for his first season of college lacrosse, prior to playing his first game as a Bear he took the time to speak with the LILJ.

Q: How has your transition to college been thus far?

My transition to college has been great so far. The upper class men on the Brown Lacrosse team have been very welcoming and also very helpful. Long Island is also not that far away so if I want to go home for a weekend it’s very easy.

Q: Why did you choose Brown?

I chose Brown because of the opportunity to attend a school that is respected both academically and athletically. Providence is also a great city and the location is perfect.

Q: What do you miss most about Long Island?

I miss the food the most. Good pizza , bagels, and especially BEC’s are hard to find.

Q: What was the highlight of your high school athletic career?

I would say the highlight of my High School career was winning the state championship on the last face off of the game with only 8.7 seconds left. Justin Coppola won the face off and eventually the ball found its way to James Basile who pinned the top left corner for the win. Also winning three straight Football Long Island Championships while never losing a game was an awesome feeling.

I never really thought about playing college football. I love how fast paced lacrosse is and how the game is always on going. I do miss football though and lessons it teaches you.

Q: How did playing quarterback help you on the lacrosse field?

Playing Quarterback helped my footwork on the Lacrosse field. Different types of drop backs in football and certain cuts you need to make carry over to the lacrosse field when playing defense. You need to have good footwork to stay with a man when he makes his moves while dodging.

Q: Why do play lacrosse?

I play lacrosse because I love to compete. Its similar to football where everybody needs to do their job correctly in order to win. This also creates a bond with your teammates because you all need to be on the same page at the same time to be successful. You also need to work as hard as you can and never quit to achieve your goals.

Q: How do you plan on bringing your winning pedigree to Brown?

I plan on working as hard as I can in every situation and always trying to improve. No matter what happens I will always look to get better.

I don’t know where I see myself after college. Lacrosse may or may not play a role. I guess I will find out.