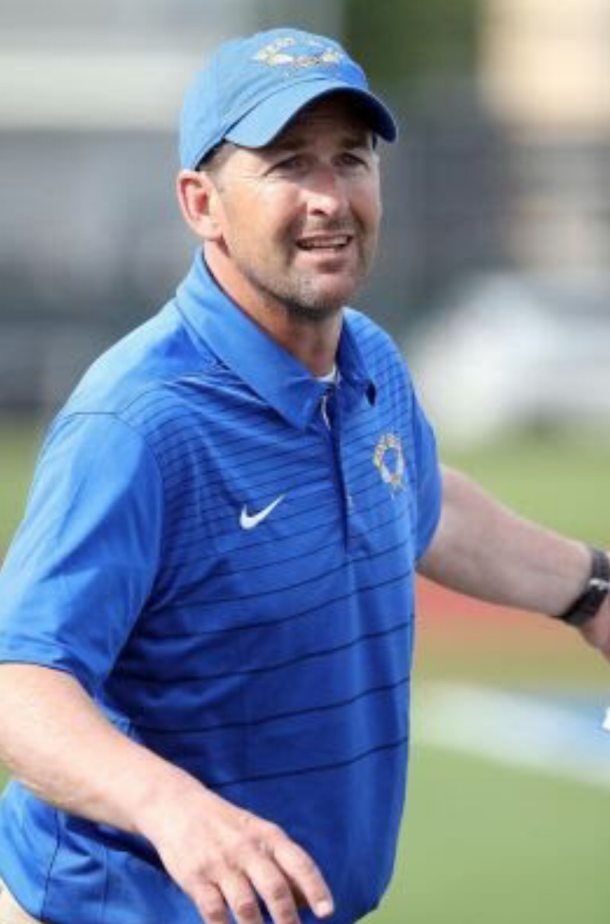 Tom Corcoran took over for legendary coach Scotty Craig. Hear from the man who’s lived a long life in and around lacrosse, and who now calls the shots at West Islip.

Q: What is your lacrosse background?
I’m a graduate of West Islip in 1986. I Played football, wrestling & lacrosse (missed Scotty & Billy by 2 years, but Scotty was my football coach). I went on to graduate from Ithaca College in 1990. I was 2 time captain. Team MVP, All-American, Played in the North South game in  1990.Graduated with a Physical Education degree.
Q: How did you get into coaching?
I knew I was going to teach PE and coach at a very young age as my father was a PE teacher at Uniondale HS for 30 years and the Head Football Coach for 20 years.  I was around his teams and sports teams my entire life. Coaching an athletic team is the closest thing to playing.  You still are able to build long lasting relationships and still feel the highs and lows involved in athletics.  As a young kid I was always the one organizing our games and devising strategies in order to win our 3 on 3 pick up basketball games.  I’m not very handy, but I always felt comfortable around the athletic fields and still have that competitive edge regardless of the game.
Q: How have you transitioned from assistant to head coach?
Regardless of the sport I’ve coached.  I coached varsity Football and lacrosse at Farmingdale HS for 15 years under Buddy Krumenacker and Bob Hartranft and learned from the best.  So transitioning to West Islip, another legendary program with a legendary coach felt as a natural progression.  I have always tried to be a student of the game and soak it all in.  I feel my apprenticeship was 2nd to none and prepared me for the role of head coach.  I have attempted to take the good from all the programs I’ve been associated with.  I try to develop an open line of communication with the athletes and parents with clear expectations to be a varsity athlete in the West Islip Lacrosse Program.  The head coach’s job is to build a program from the bottom up to the varsity and I have become heavily involved in the youth development with the yearly lacrosse developmental calendar for the Youth, Middle School, J.V. and Varsity teams for West Islip.
Q: What makes your program unique?
Well it has a tradition of Excellence that not many programs aside from Ward Melville, Garden City, Manhasset, West Genny and a few others can compare.  Our 2 middle school set up is very special in this town.  It’s bragging rights for LIFE.  The Udall vs Beach Middle School game in all sports is the game of the year.  It’s the hated rival, but the following year they enter the High School and become 1 team and it becomes the source of the strength.
Q: What is your motto?
With the retirement of Scotty last year and Billy Turri either this year or next, and 2 All Americans graduated last year we try to preach that Tradition has set the bar, and tradition doesn’t graduate or retire.
Q: What has been the highlight of your coaching career?
The highlight of my coaching career is being able to work side by side with great men and great kids who have the same goals and commitments.  I’ve had the privilege to coach a lot of superior athletes and win some championships.  What I love is the process is always the same, we start early in the off season and do a slow build and build a great team and a lifetime of great memories.  Best job in the world, coaching and teaching kids.
Hopefully with good fortune, great kids and great assistants we’ll get West Islip a championship real soon