Nothing gets past Tommy Heller 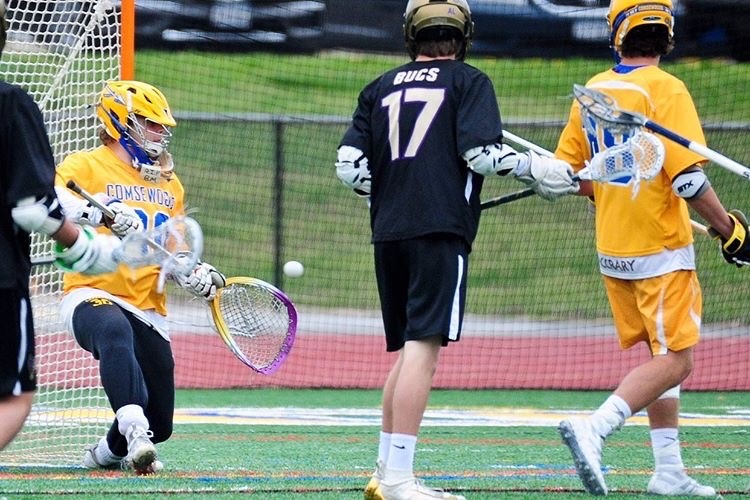 Nothing gets by Tommy Heller, the elite  goalkeeper manned the net for Comsewogue each of the past three seasons. He wrapped up his stellar career with 489 saves and a career .650  save percentage. While playing for the Warriors Heller was a hard worker and even had to give up basketball in order to wrangle the starting spot his sophomore campaign. He maintained his presence on the school’s volleyball team, the 6’2” Heller excelled as a setter.

Heller was great at setting up spikes by the net, but he made his name preventing lacrosse balls from going into them. Heller and the Warriors went 9-8 in 2019 and Heller seemingly got better with each game. In the Suffolk B quarterfinals  let up just one goal against Kings Park as Comsewogue breezed to 12-1 victory. On the brink of the finals Heller set a season-high with 18 saves against Harborfields, unfortunately the Warriors came up a bit short and their season ended that day. Heller concluded his senior year averaging 5.60 goals-against and a remarkable .701 save percentage. He was recognized as an All-County and All-Division player and received an  All-American Honorable Mention as well. Now at Albany gearing up for his first taste of college lax, Heller sat down with the LILJ for a Q&A.

Q: How was transition to college been?

The transition to college has definitely been difficult like I had expected. From lifting weights to going to class and then practice and also finding a way to do school work in between all of that is something that takes some getting used to.

Q: What was the highlight of your high school career?

The highlight of my high school career  has to be my sophomore year overtime door step save I made against Harborfields in the first round of playoffs. We ended up going right down the field and scoring directly after to send us to the next round.

Q: Why go to Albany?

I chose to go to Albany because as soon as I stepped on campus I felt immediately at home. The coaches really care about you and will do anything to help you succeed. The team vibes also stood out as well, everyone is like a big family who care for each other.

Q: Playing three sports in high school, was it hard to stop playing the other two?

It was definitely hard not being able to play 3 sports anymore especially Volleyball. Volleyball was a sport I was not really that familiar with 4 years ago besides the fact I knew my Mom played Division 1 volleyball at Clemson. I got into it late but it grew on me super quick and I really enjoyed playing. Playing basketball my whole life it was a little easier to drop and I think that was just because I was just drained from playing the sport. I ended up not playing after freshman year because I wanted to focus on lacrosse , Coach Mitchell would have winter practices during basketball season and if I wanted to start sophomore year I knew I would have to be at those to see as many shots as possible.

Q: What attracted you to the goalie position?

I was kind of just thrown in goal one game in like 3rd grade because we didn’t have another goalie on the team and we were missing ours. I said I would go in even though I didn’t know how to play goalie so They went over asked my mom if it was ok she said yes so I went in & the rest is history.

Q: What are your goals for this season?

My goals for this season are to make myself and my team as good as I possibly can. I have a lot of great upperclassman and coaches at Albany that I love learning from and working with each day. My biggest goal though is hoping I can contribute to our team and help us reach that goal of winning a national championship

After college I can’t really see myself doing anything that doesn’t involve lacrosse. I hope to play in the PLL but I also want to become a coach at the high division 1 level.