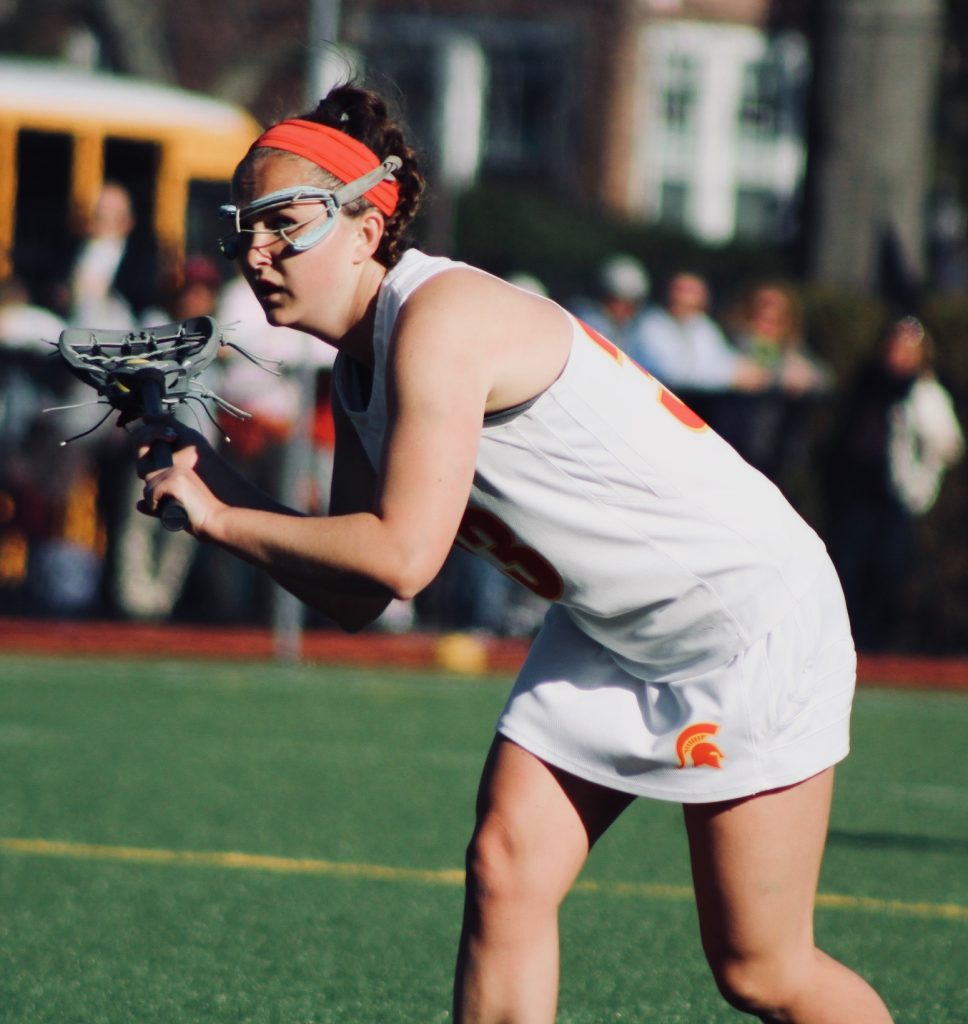 Driven, focused, and accomplished, Arden Tierney of Sacred Heart Academy is adjusting nicely to the college game. Knowing her academic and athletic prowess, it’s no surprise the adjustment period to college has been short and smooth. Arden took some time to sit down with LILJ and discuss her recruiting process, why she landed at Richmond, what the experience has been like in her Freshman year.  We also asked what she misses most about her native Long Island.

How has the adjustment to college been?

The adjustment has been great so far! It is really easy to adjust when you have upperclassmen and teammates who take you under their wings right away.

What’s the biggest difference between the high school game and the college game in your eyes?

I would say the biggest difference is probably the speed of the game. Another big difference is the overall intensity, whether it be at lift, practice, or conditioning, but the best part is that we still have so much fun doing it.

Why you decide to go to private school instead of public school?

I grew up going to Catholic school my whole life, so when it was time to decide where to go to high school I knew Sacred Heart would be the best place for me to grow both academically and athletically, as well as in my faith and character.

Why did you decide to go to Richmond?

I chose Richmond because it had everything I was looking for in a school. The main reason I fell in love with Richmond was because of the team and the coaches. I can’t even put our team culture into words- it is truly like no other team I’ve ever been a part of. Richmond’s program has experienced so much growth in the last couple years, so it is really special to be a part of a competitive program that is just getting better and better every year. Not to mention, it’s in the perfect location and has the most beautiful campus I’ve ever seen.

I looked at a lot of other schools to get a feel for what I wanted, but through the recruiting process I always knew I wanted a strong academic school with a team that I could contribute to, so Richmond was the perfect place.

What do you miss the most about Long Island?

Besides my family, the things I miss most about Long Island are probably the beach and the amazing food.

What was the highlight of your high school career?

The highlight of my high school career was definitely when beat St. Anthony’s in the championship in 2018 and broke their winning streak. What was even more special about winning that game was what led up to all of it. Our team was really close and made the best memories all season long, especially during our team trip to Colorado that year which we still talk about to this day.

What’s the goal in your freshman season at Richmond?

My freshman season, I want to do whatever I can do help my team win their third consecutive A10 championship and then advance further into the NCAA tournament. I hope to make an impact on the attacking end and in the draw aspect of the game.

What’s your go to pregame meal?

I don’t typically eat too much before games, but I usually grab a banana and a granola bar of some sort before.

Where do you see yourself after college and does lacrosse play a role?

I hope to figure out where I see myself after college in the near future, but for now I know that I want to be doing something that helps people somehow. I’m not sure if lacrosse will directly play a role, but it will always be a big part of my life through all of the lessons it has taught me.