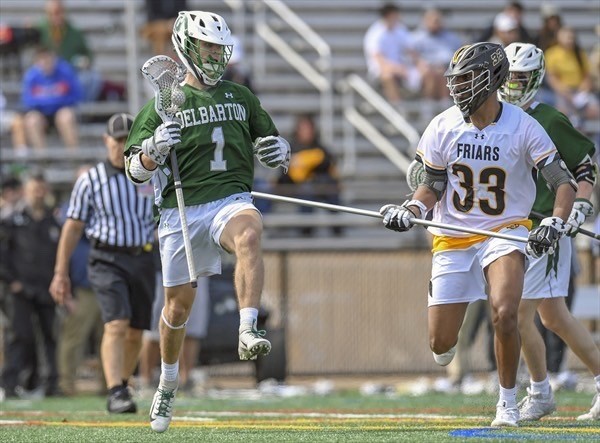 On the verge of his senior lacrosse season, Jaden Jernigan can’t help but reflect on this past Fall. Falling short of expectations, and overcoming a series of adversities, the Friars football squad still possessed a band of brothers with one goal in mind, be the best they could be.

For Jaden Jernigan, football has taught him a lot. As for St. Anthony’s as a school and community, it has brought him even more. Hear from one of Long Island’s more dynamic multi-sport athletes in an exclusive with the LILJ staffers.

How would you describe this past football season?

This past football season has been an extremely humbling experience, as we faced countless adversities but I had so much fun playing with my brothers I wouldn’t trade the memories for anything.

How has football made you a better lacrosse player?

I think football’s contributed to a tenacious attitude that I have on the lacrosse field.

Did you ever consider playing football in college?

What made you decide to go to St. Anthony’s?

I feel like the winning culture at St. Anthony’s is second to none and I definitely loved the environment of the school, as all of the administrators are extremely helpful.

What has been the highlight of your high school career?

The highlight of my high school career has been beating Chaminade after a loss earlier in the year and winning the league championship.

What made you decide to go to Havard?

Harvard’s diversity and extremely academically focused environment made it extremely attractive to me and was the biggest point in my decision-making.

Other schools that I was looking at were Brown and Navy.

If you could be any athlete for one day who would it be?

If i could be any athlete for a day, it would probably be Calvin Johnson because he’s been a role model of mine on and off of the field since I was very little.