Joe Nicolosi, One Team. One Mission. 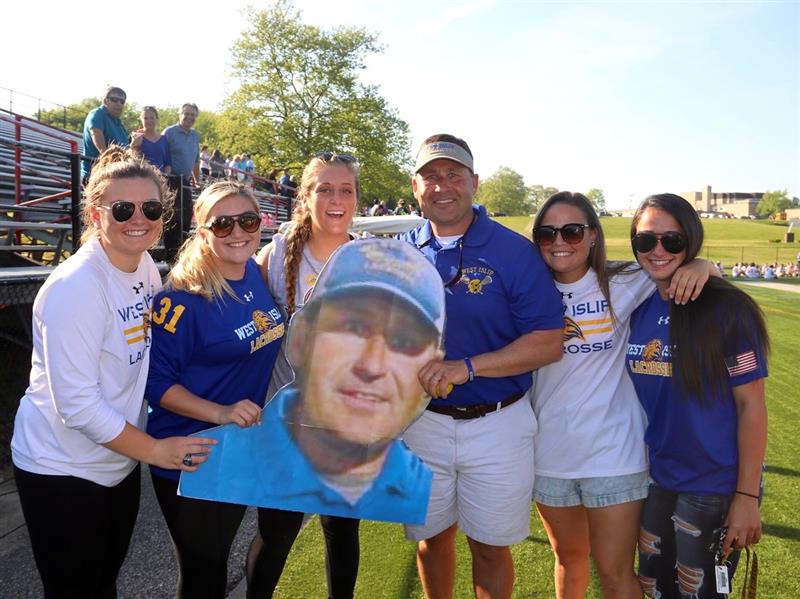 West Islip girls lacrosse is on the rise. A big part of their upward trajectory is Coach Joe Nicolosi. Nicolosi grew up in the community. Legendary Coach Scotty Craig mentored Joe and offered a lot of wisdom that he still uses today. As the Head Coach of West Islip Girls Lacrosse for 16 seasons, Coach Nicolosi has some incredible memories of his own. Read below to learn more about Coach Nicolosi’s experiences, successes, and projections for the 2020 season.

What is your lacrosse background?

I played Lacrosse for West Islip High School under Scott Craig.  I played Attack In high school I was an All League Player. I went to SUNY Farmingdale State College and played for Fred Acee for 2 years. My second year I was an 2nd Team All-American.  I earned a Full Ride to NYIT where I played for Jack Kaley, earning All-American 2X. I’m going into my 16th season, my overall record is 204 -74, 13 out of 15 season made playoffs, won 4 Long Island championship, 4 county , and 1 state championship

Why did you decide to get into coaching?

I started to coach as a Grad Assistant with Jack Kaley and Bob Cook at NYIT and it was awesome.  I was part of some amazing teams with great guys and coaches and just felt a liking to being part of special moments.  I love competition and I think that is a major part why I went into coaching. I learned from the best in high school and in college.  Every coach I had emphasized there is NO I in team. I love being part of that. Being part of these types of teams and coaching is the reason why I went into coaching.  I have been teaching Physical Education in West Islip for past 19 years. I graduated here in 1992 and saw many great coaching moments between Scott Craig and Wayne Shierant and it is a very unique place.

What has been the key into building a successful West Islip program?

The key to building a successful program is dedication and tradition.  I run my teams like I was taught. No I in team, we lose and win as a team.  We work together to strive for the same goals. I feel if we are 1 unit we have so much more to gain and do when we are together.  We do a lot of off-season programs to keep it going and honestly girls have seen what has been accomplished and our younger girls follow the groups in front of them which makes my job even easier. Our kids want to go the extra mile and our community is on board with tradition here.

Are there any teams you have coached that have stood out more than others?

I have several teams that come to mind. My 2009 team that lost to Northport by 1 in the Suffolk County finals was a great one.  The first year we won a county final in 2014 was another amazing team. The team that sticks out the most was my 2015 State Championship team.  We had great chemistry and every girl on that team would go to war for one another.

What has been your favorite memory from coaching?

My favorite coaching memory is not one particular moment its several.  I really enjoy and appreciate when our teams have very special moments and they get to embrace them and have them forever.  Basically the experiences that are most memorable are my favorite. Watching the 2015 team win a State Championship was a moment that I will remember forever.  With a minute left in game we had a player Alyssa Gillespie step out of bounds at the end of that game and when we finished with the win, I was so happy for her we pulled it off.

What are your thoughts on the upcoming season?

For our upcoming season, I feel we are going to be strong and have some great talent.  We have several starters back and we have players that can step up in the big games.  I feel we have solid players at each position and the surrounding cast will help out.

What do the West Islip girls have to do this season to become Suffolk County Champions?

To make it to the counties we have to be and play as one unit.  Our leadership has to be strong and we have to believe in each other.