Tim Radomski; Once a Chief, Always a Chief. 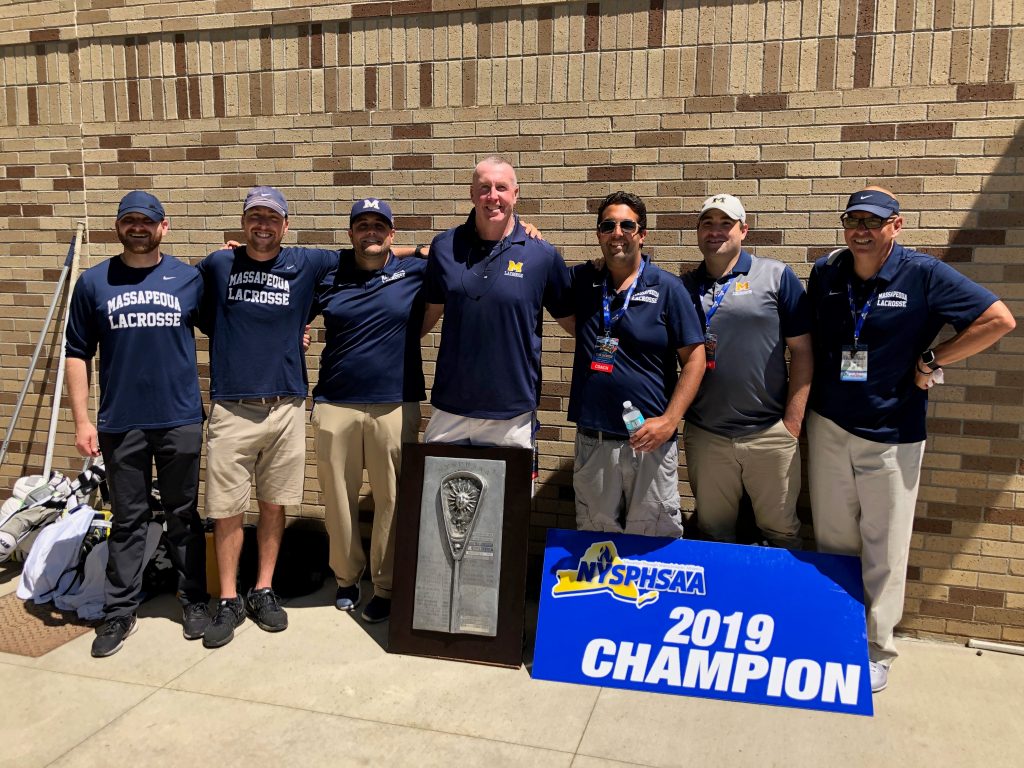 Massapequa has allows been a big time sports town. Going back to when the High School was in the same building as now Berner Middle School, the Chiefs were always into their athletics. Speaking of Berner, that was where current Chiefs Head Coach, Tim Radomski once roamed the halls. Once going through the Massapequa system, Radomski now runs it. Coming off his second State Championship in the last five years, Radomski spoke with the LILJ about his coaching history, teams of the past, and what life will be like PP (Post Petrakis).

Played at Berner HS in Massapequa in late 80’s

Q: Why did you decide to get into coaching?

Got into coaching and teaching PE. Because of the teachers and coaches I had in HS and the influence they had on me.

Q: What was the key last season in your state championship run?

Key to winning state championship was having a face-off guy.  Angelo Petrakis won over 80% last season. When you can control the the X, that’s huge.

Q: What was the biggest challenge last season in your state championship run?

Biggest challenge last year was keeping the guys focused on one game at a time. Not looking ahead and not listening to the outside noise about winning states.

Q: You have coached a lot of great teams at Massapequa. Are there any teams that stand out more than the others?

The 2014 team because they were the 1st team to win the LIC and 1st state championship in Massapequa lacrosse history. The 2019 team is right up there with 2014. Both teams had talented players, but had different personalities. Would be cool to see who would win between them.

Q: Who would you pick as the one player you coached who best represented Massapequa?

Craig Berge without hesitation.  A True leader, competitor, very humble and made players around him better. He didn’t care about stats as long as we won and team played hard. 2X HS All-American & Long Island Player of Year.

Q: What does Massapequa have to do in order to repeat as State Champions?

To get back to finals, wow! PP (post petrakis) There are some good teams in the A’s looking to knock us off. We just have to play within ourselves as a team and go one day, one game at a time.

Q: You guys graduated a lot of Seniors last year, which players are going to have to step up?

These guys will be our leaders. As they go we go: Logan Tucker. AJ Pilate. Brian Harinski.  Eamon Hall. Jack Lutfi. Jake McNally. Jack Daresta and Dylan Ley.  Plus we have a lot of young guys with experience so we shall see.