Al Bertolone, One of the Most Successful Coaches on Long Island 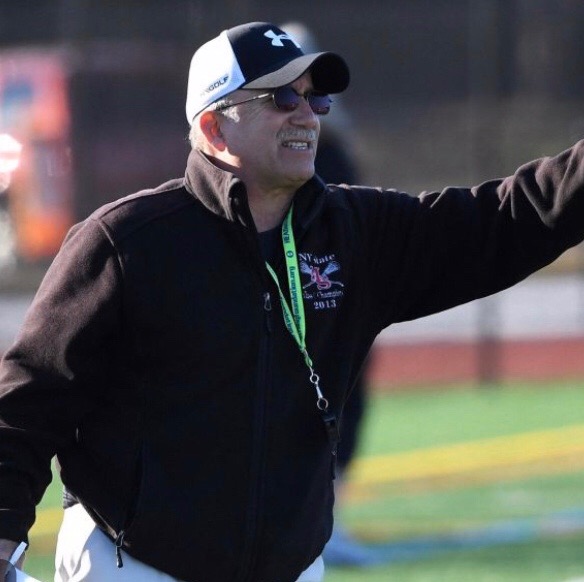 Al Bertolone is one of the most decorated lacrosse coaches on Long Island in recent years. Bertolone and the Mount Sinai girls have won four state championships since 2013. Since 2011, the Mustangs have also won five Long Island Championships, six Suffolk County Championships and seven Division 2 Championships. So what is it like coaching a program that so used to winning? We asked coach Bertolone that and more in the most recent interview with the LILJ.

Q: What is it like being able to coach such a successful program?

I’m very grateful and humbled by the success of the program. It’s amazing that the program , as small as our community is, is a nationally recognized name in the world of girls lacrosse. Very grateful to have been able to experience this ride with my good friends and colleagues especially our Youth league president , Pete Van Middelem.

Q: What do you believe some of the keys are to having sustained success year in and year out?

Our success first and foremost is due to our kids and the extreme hard working nature of our lacrosse community. They bought into the process when we started and for the most part we have maintained a standard of excellence within the program. With programs of excellence it’s really about transformational or process based success. We trust and follow the process of being the best we can be on a daily basis.

Q: Is there any championship that you have won that stands out more than any other?

Every Championship is special . 2013 was our first and all the fan fare of the first championship went with it. 2015 was a year in which we had the absolute best Senior leadership and those Seniors led a group of very young underclassmen to the NYState championship. What made it most special was that leadership carried over to the 2017 class who for the most part were instrumental in helping us to two more state championships in 2016 and 2017. So blessed to have been able to experience this with  kids who are like my daughters.

Q: What are some of the things that you learned from last season that can help you in 2020?

We experienced some adversity in 2019 due to injuries that forced our younger players into action a little sooner than expected. The experiences of 2019 are helping to shape the 2020 version of our program as those younger players are now veterans who have learned to handle the pressure of being a Mt Sinai Lacrosse player. Our leadership is stepping up as well and doing a great job of team building.

Our goals for this year is again to be the best team we can be. Our telescopic goals are obviously to get back to the County final and quality for regional and states. Our Microscopic goals are to be the best version of a Mt Sinai lacrosse player and teammate we can be on a daily basis. We have done alot of work in the off season and we are excited for the opportunities we will have.