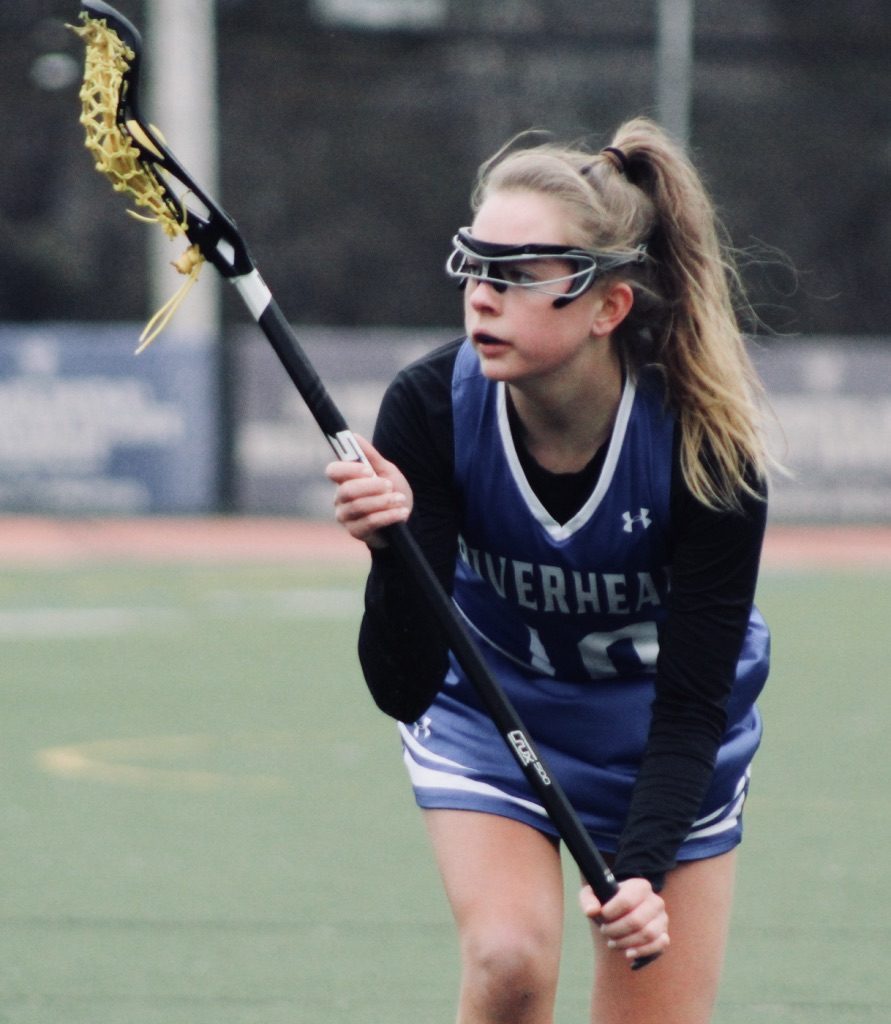 After playing for the Riverhead Blue Waves for five years, midfielder Kayla Kielbasa is now a freshman at Penn State University and is ready to begin her career as a Nittany Lion. As Kayla now starts a new chapter in her life she is looking forward to playing both with and against some of the most talented players in the country. Read more about Kayla and how she described her time for playing for Riverhead in an interview with the LILJ.

Q. How would you describe your four years playing for Riverhead?

A. I was fortunate to have played five years at Riverhead because I was brought up to Varsity as an eighth grader. The time went by faster than I could have ever imagined, but I am most proud of the fact that during my sophomore year Riverhead made the playoffs for the very first time and the final four my junior and senior seasons. However we had a talented team and I had high hopes of winning the county championship, so for me looking back on my high school career there will always be unfinished business.

Q. Why did you decide on Penn State?

A. I choose Penn State for the big school atmosphere and the sense of pride students feel from being part of this world known as “Happy Valley”.

Q. What are some of the things that you learned throughout your time at Riverhead that you can take with you to Penn State?

A. While playing for Riverhead I learned how to work through adversity, how to stay mentally tough and positive so I could remain focused on my goals. When you get to the division 1 level, everyone is extremely talented. It becomes very important to stay confident in your abilities and never doubt yourself.

Q. What will miss most about playing for Riverhead?

A. Playing with my younger sister, Megan, is by far the thing I miss most about Riverhead. We have developed such a strong connection on the field and we developed as players together. Many great memories were made on the lacrosse field; we learned to win gracefully and how to grow from our losses. The next time I see her on the field will be when Penn State plays Hopkins!

Q. What are you most excited about as you prepare for your first season at Penn State?

A. Going into this first season I am most excited about being a part of this team. There is no way to describe the feeling of being part of something bigger than yourself. I am excited to officially play with and against some of the most talented players in the country and truly grow as a player.

Q. What goals do you wish to accomplish while playing at Penn State?

A. Over the course of my career I hope to continually improve my game by playing among other great lacrosse players, to have fun and contribute to my teams success. But most importantly, graduate with a degree from a prestigious university!