Trevor Yeboah-Kodie. From the Trojans to the Bears. 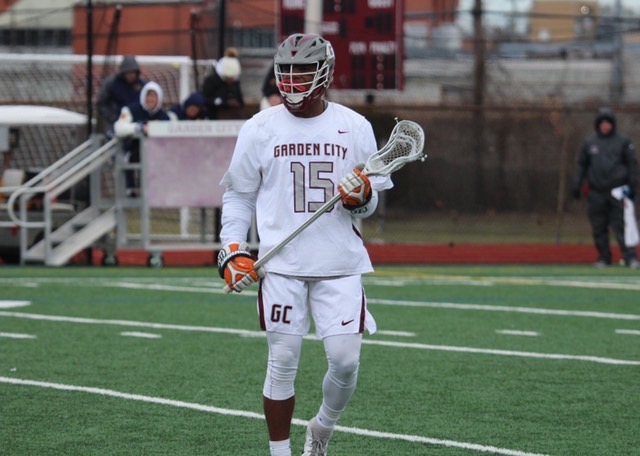 It’s been a little under eight months since Trevor Yeboah-Kodie last suited up for the Garden City Trojans. Trevor was a multi sport athlete for the Trojans playing both football and lacrosse and is now a freshman at Brown University.  He is hoping that the success he had playing for the Trojans will carry over to the Bears. One of the main goals that Trevor hopes to accomplish on the field during his time at Brown is to bring the team back to championship weekend like players in the past. Read more about Trevor and how his time at Garden City will help him at Brown in a recent interview with the LILJ.

A. I was very fortunate to be able to be apart of a winning program like Garden city. In high school I played for wonderful coaches of Stephan finnell and Dave Ettinger ,for both lacrosse and football, they taught me so much not just about both games but shaped me into who I am today. Also, the friendships that I’ve created with my teammates are irreplaceable.

Q. How has playing football helped you become a better lacrosse player?

A. Football has helped me lacrosse in various ways. On offense, my running back vision helps me scan the field and be able to make the best possible move on a defender or make the best pass possible. For on defense to I use my cornerback techniques of shuffling my feet and making quick reactions to the offensive player. Many of my football skills is translated into my lacrosse game ,and by playing both sports has helped my in great ways.

Q. Why did you decide on Brown?

A. There are many reasons I can list to why I chose to go to Brown university. First off of course is how the uni University is so prestigious and the opportunities for after college. Also, because of the welcoming coaching that really does a great job with relating with their players.

Q. What are some of the things that you learned throughout your time playing for Garden City that you can take with you to Brown?

A. Some things I learned from Garden city that I’ve brought to Brown is the hard work ethic that my high school coaches preached to me throughout my 4 years.

Q. How are you handling the transition of going from a high school athlete to a college athlete?

A. At first the transition from high school athlete to a college athlete was pretty tough. Adjusting to the fast pace of the game was difficult, but I feel after the first semester of fall ball I’ve gotta used to it.

A. Id say Brown’s biggest rival is either Yale or Penn because those are the two teams that are at the top of our conference now.

Q. What are some of the goals that you hope to accomplish while playing at Brown?

A. One goal of mine to accomplish at Brown is to bring the team back to championship weekend like the guys Dylan Molloy and Larken Kemp did. That would be the best achievement for me with my time at Brown.