Trevor Kessel; From Wildcat to Wolverine 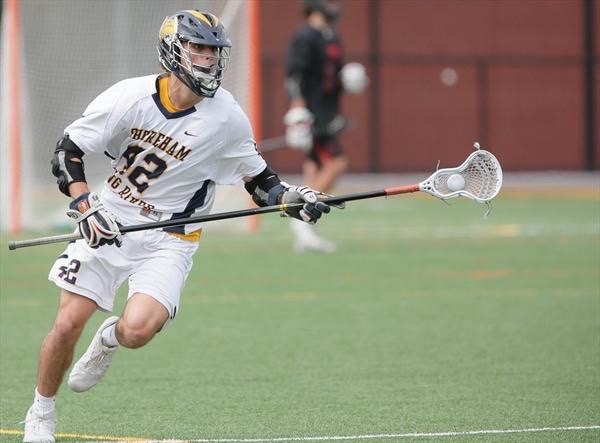 Star defenseman Trevor Kessel is less than a year away from continuing his lacrosse career at his dream school, The University of Michigan. But before he officially becomes a wolverine, he’s looking to finish his career as a Wildcat as back to back state champions. Kessel is part of a loaded Shoreham Wading River squad that is getting the majority of its players back this season. Read more about Trevor and his journey from S.W.R. to Michigan in a recent interview with the LILJ.

Q. What were your emotions like after winning the state championship last year?

A. We knew early in the season we had a special group of players, so the state championship was being discussed right from the start. But even though we spent the whole season practicing and focusing on getting there,  once we won it, it was surreal.

Q. What will be some of the keys this season in order to repeat as champions?

A. We are very fortunate to return almost our entire starting line up, and we are once again backed up by a deep bench. Our second and third lines have been dominating in the winter league. The commitment by every person on the roster made the difference last year, and it feels like everyone is on board again this year. That made the difference last season and, that will improve our chances of returning to states.

Q. How did you decide on playing for Michigan next year?

A. One visit to Michigan, and I knew I wanted to be a Wolverine. I committed in 9th grade, and three years later, I still feel it was the best decision. For me, based on academics, athletics, and the campus, nothing compares to Michigan.

Q. Who are some of the people that have helped you get to where you are today     ?

A. There’s a very long list of people who got me to where I am today. My parents have always supported me in everything I wanted to do. Without their support, I could have never played at the level that got me recruited. My coaches, starting with the SWR dads, who first taught me lacrosse, to the 91 teams I played for, all had an impact on me and helped me grow as a player. Team 91 and Coach Spallina introduced me to a very technical and high-level approach to the game of lacrosse and instilled a drive to compete and win. Coach Arline taught me a lot about being an athlete and a teammate, coaching me my entire life in basketball and lacrosse. Coach Taylor gave me the opportunity to be a leader on and off the field, and Coach Kuhn, Coach Luciano, and Coach Bates all passed on their knowledge of the game to me, I owe them all. Playing on Crush not only allowed me to compete against the best opponents, but it also forced me to practice consistently against some of the best players in the country, my teammates.

Q. What are you going to miss most about playing for Shoreham Wading River?

A. Shoreham Wading River is a small town and a tight community. It’s a place I will always look forward to returning to. I’ll miss being around my family and friends and playing with the guys I’ve been teammates with since kindergarten. I was told that winning a state championship creates a bond that lasts forever. I hope that’s true.

Q. What are you most looking forward to when you get to Michigan?