Joe Spallina Visits Beyond The Game 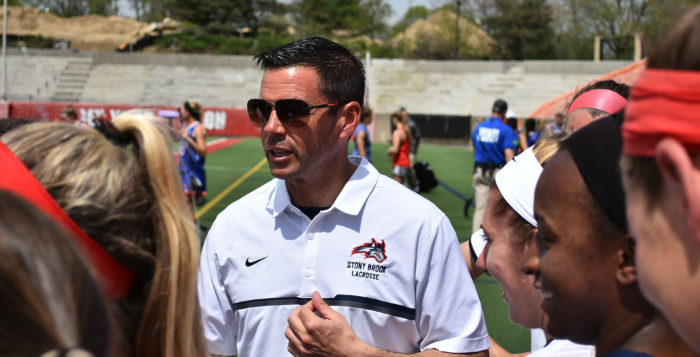 After securing their seventh consecutive America-East Title in 2019, Joe Spallina has once again proven his profound impact on the Stony Brook Women’s Lacrosse program. The Head Coach joined the Seawolves in 2012 following a successful run with the Adelphi Women’s team, which included three consecutive Division II national championships.

During his tenure, Stony Brook has produced “18 IWLCA All-Americans, seven conference championships, seven NCAA Tournament second-round berths and two NCAA quarterfinal appearances.” Completing his eighth season with a 139-26 overall mark, Spallina has burst onto the national scene; his staggering 47-2 record in the America East has made Stony Brook a household name in Division I Lacrosse.

Coach Spallina will join Host Corey Winkoff tonight at 7:30 p.m. on Beyond the Game (BYG). The two will reflect on Spallina’s journey as a player/coach, recruiting philosophies, and goals for the 2020 season. The live show has previously welcomed the likes of New Balance Athlete Kylie Ohlmiller and Conner “The Milkman” Farrell. You can watch Beyond the Game Tuesday night’s at 7:30 on Facebook Live and YouTube @FLG Lacrosse.