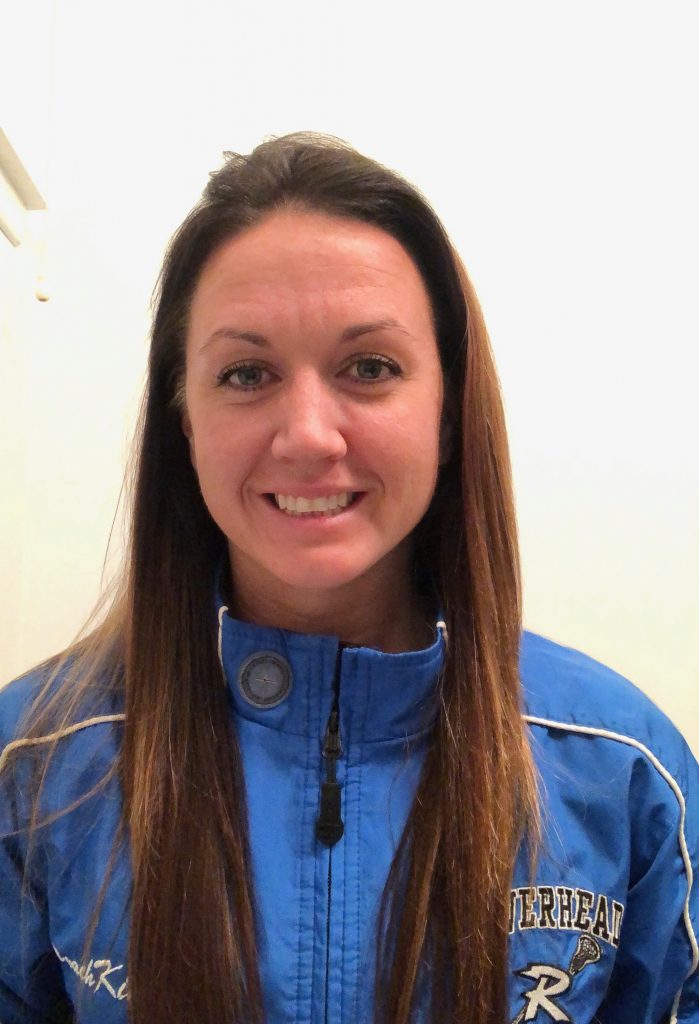 Ashley Schandel has been around sports her entire life. After becoming the head coach for the Riverhead Blue Waves in 2013, she has been at the forefront of what is becoming a perennial contender in Suffolk County. Riverhead was never a hot bed for lacrosse. It wasn’t until as recently as 2011 that saw the formation of a Varsity Lacrosse team. Schandel has seen the team grow tremendously in her time as the head coach. After winning just two games in her first year, she has led the Blue Waves to the playoffs three straight years and has her sights set on winning the County Championship. The rise of Riverhead Lacrosse may have been a surprise to outsiders, but to Schandel and her team this isn’t a surprise at all. Read more about coach Schandel and the Riverhead Girls Lacrosse program in a recent interview with the LILJ.

Q. Was being a lacrosse coach something you’ve always wanted to do?

A. Growing up, my father coached several high school sports so coaching was always something very familiar to me. I’m not sure I would say it was always something I wanted to do, honestly my original plan out of college was to eventually own a restaurant….but things changed. I’ve been a multi-sport athlete my whole life, graduating from Louisville after playing D1 lacrosse I didn’t see leaving the world of sports as an option for me. A year after graduating I coached a Middle School soccer and lacrosse team and in 2013 became the head coach at Riverhead (Graduated college in 2010).

Q. What does it mean to you to be the coach during some of the rebuilding years of the program and now be the one to lead the team to the playoffs three straight years?

A. I’m not sure I would say Riverhead has ever entered a rebuilding year…….the program began construction in 2010 as a JV program, 2011 was its first year playing in the Varsity Division…..and we’ve been building up ever since. Every year we attracted more players to the program and the number of wins kept increasing and the rankings continued to go up. I saw Riverhead as an amazing opportunity to help grow a program that was just starting out, get students involved in a game they may never have thought of playing before, and ultimately build a championship program. When I first took the job we won two games, and every year after that the bar was set higher and we kept reaching it. I am grateful to be the coach in this position, I’d like to say that many coaches get to see programs re-build…..but to build from the start is a different feeling. To be a part of something that started at the very bottom and is now ranked at the top of the Division is pretty unbelievable. Did I think we would be making the playoffs one day after my first year here, absolutely. I never doubted that we couldn’t get to the position we are in now, I just didn’t know when. My staff and I cannot take full credit for these accomplishments though, we are working with some of the best athletes on the island and they have done the work out on the field to reach this point. Every athlete in the past has helped pave our path a little more each year and set standards and goals for the incoming year to follow and pass.  As a coach, I think my job is to set the guidelines, insert the tactical pieces, push the players to their limits and mentor them to be the best athletes they can be, but also the best people they can be- respectful, mature, well rounded individuals. To be in the playoffs for three straight years is such a huge accomplishment. When our time came to make it to the playoffs, we wanted to stay there. We put ourselves on the map a few years ago and what I always hear is….who would have thought, Riverhead, in the playoffs? Me, my staff, the athletes, our community….we all thought it and here we are.

Q. After reaching the semi-finals the last two seasons, what are your goals for the 2020 season?

A. Last year was the first plateau we hit in program growth. We want that county championship and more! Last season we fell short and had a few hiccups along the way but we battled it out and made it to that semi-final game that I truly believe could have gone either way. It was close and competitive and we now know the feeling of being on the door step to the county championship game. We will take it one game at a time and focus on ourselves as we always do. We’ve got the talent and the determination to do so.

Q. Do you believe that last seasons experience will have a positive impact on the players who are returning this season?

A. Without a doubt. These girls have been gunning for a championship since they became a part of the Varsity program 4-5 years ago. We have 16 returning players, 14 of them being seniors. The hardest thing about being a coach is coaching grit, determination, hard work and heart….. I don’t have that struggle with this team. They’ve got the mindset and the talent, they’ve got winning experience and last seasons final game of disappointment to fuel them through another amazing year.

Q. How would you describe this years team?

A. I would describe this team as a conditioned threat. By this I mean that they know the ins and outs of the game and the level of play that they are up against, many of them have been on this team for 4+ years, they’ve been scouted hard……but then there is the threat. We don’t promote a one or two man show here, our plays aren’t set up to give the ball to “so and so”,  we’ve got a great deal of talent and I believe that is an important piece of our success.