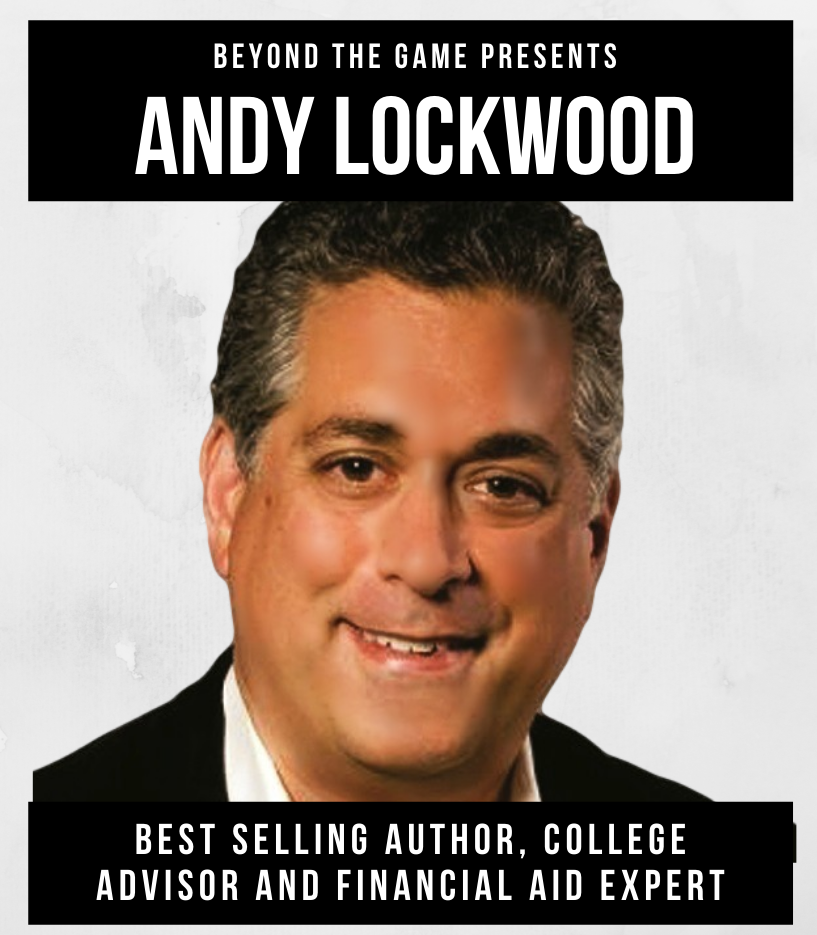 Andy Lockwood has been a proven catalyst in college prep success for over a decade. He and his wife, Pearl, are the co-founders of Lockwood College Prep, which aids in the often-overwhelming processes of test preparation and financial aid forms.

The best-selling author shares his unique college advising system with a list of international clienteles, who have been admitted into colleges such a Harvard, Yale, and Princeton. As a member of the National Collegiate Advocacy Group, he serves an important role in insuring the happiness of all his students. Along with their The College Planning Edge Podcast, he and Pearl conduct workshops on college admissions and finance. In early 2019, Lockwood made an appearance on Neil Cavuto’s Coast to Coast to discuss the Hollywood College Admissions Scandal.

This afternoon at 2:00 p.m., Andy will join Host Corey Winkoff on Beyond the Game. The two will discuss everything from financial advisement to the “secrets” of college admissions. The show has recently welcomed the likes of Stonybrook Women’s Head Coach Joe Spallina and Harvard Men’s Lacrosse Coach Gerry Byrne. You can watch Beyond the Game Tuesday afternoons at 2:30 p.m. on Facebook Live and YouTube @FLG Lacrosse.