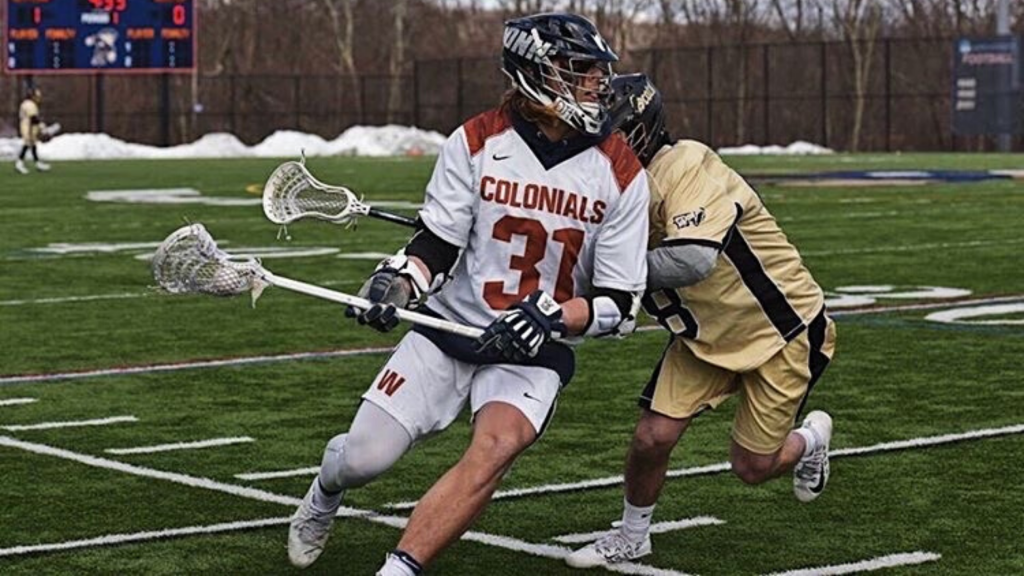 Westhampton graduate Eric Caldwell now holds the all-time scoring record at Western Connecticut University. Caldwell who is in his senior season recently surpassed the previous record which was held by Nate Wilson. Although this an individual accomplishment, Caldwell believes that all of the teammates he has played with have helped him get to this point along with the support of his father. As he continues his final season as a Colonial he is still looking for ways to get better each and every day in hopes of winning a Conference Championship. Read more about Eric’s historic college career in an interview with the LILJ.

Q. How did it feel to break the scoring record at Western Connecticut University?

A. It was a great feeling especially doing it so close to home and having all my friends and family there to be a part of it was special.

Q. Did you ever think that this was something that you could accomplish?

A. During my freshman year, Some of the older guys would joke to me about beating Nate Wilson’s record. I wouldn’t say it was something I was focused on doing but was fortunate to play with some great teammates to help me get to this point.

Q. Who are some of the people that have helped you get to this point?

A. Over my four years at Western Connecticut, I have been lucky enough to play and meet some great people through lacrosse. I believe all my teammates helped me get to this point. If it wasn’t for those guys pushing me everyday and supporting me, who knows. Another person who has helped me get to this point is my father, my dad always has pushed me to be the best I can be. Having his support through all my years of lacrosse has been something special.

Q. .What are your goals for the rest of the season?

A. The goals for the rest of the season is to just keep getting better everyday with my teammates and enjoying every moment. Knowing this is my final year at Western Connecticut I believe this is a year we as a team can doing something special and compete in the conference championship.

Q. How would you describe your time playing for Western Connecticut as you wrap up your college career?

A. My time playing at Western Connecticut has been truly something special. I have met so many great people and have grown great relationships with former and current players. Coach Cavanagh has taught me so much, not only as a lacrosse player but as a man of the field. I am very lucky to have been part of such a great program.