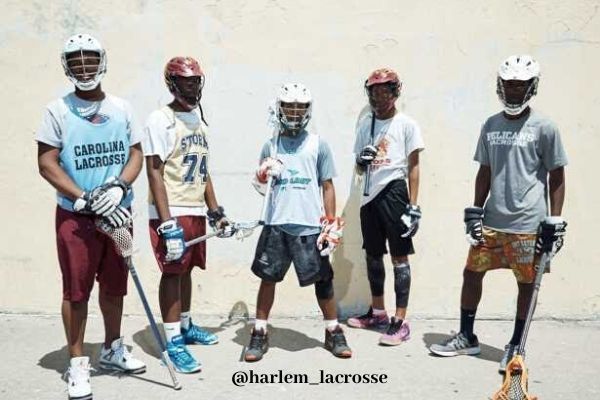 Harlem Lacrosse is an organization that is meant to help children academically who are struggling in school and are on the verge of dropping out because they don’t have the adequate resources that they need in order to succeed. It was founded in 2009 by Simon Cataldo, one of the co-founders who was a Special Education Math Teacher. Although it started off as a small team, over time it continued to grow. This organization is not just limited to general education students as 28 percent of the students that they serve receive special education services. The ratio of males to females that they serve is nearly equal, with 53 percent being males, and 47 percent being females. The majority of their students are either African-American, Hispanic, or multi-racial.

While Harlem Lacrosse is a resource for students in the classroom, they teach the game of lacrosse as it is a way for students to develop social skills outside of the classroom. The sport of lacrosse is one that it is continuing to grow nationwide and is at the center of the “college-going culture” for Harlem Lacrosse. It offers the students a chance to play as a team, communicate, show grit, and determination which also translates into the classroom. As time went on the organization got bigger and bigger as they added at least one program between 2012-2016. Harlem Lacrosse has now become a national organization as they now have locations in Boston, Baltimore, Philadelphia, and Los Angeles in addition to New York.

Harlem Lacrosse currently serves over 850 students throughout 19 programs across the five cities.  Students are put in better positions to be successful academically as they have maintained a middle school graduation rate of 100 percent since 2011. They are also passing their classes at a higher rate than students who attend the same school that aren’t part of Harlem Lacrosse. By doing better in middle and high school it has presented students with the opportunity to go to college which is something that many may not have thought would be possible. Students through Harlem Lacrosse have been offered over $15 million in scholarships to various independent schools and colleges.

The long term benefits of Harlem Lacrosse is that by graduating high school and getting a college education, students are now gaining opportunities that they may not have been exposed to otherwise. Since 2009, students who participate in Harlem Lacrosse have graduated high school at a rate of 89 percent. All other students at these schools have a yearly graduation rate of 74 percent. The rate of participants of Harlem Lacrosse who enroll in college is 77 percent, while just 70 percent for all other students. Students have gained the ability to become more confident in themselves both on the field and in the classroom and have the opportunity to make connections with people from various backgrounds.