Jake Naso; Beginning his Final Chapter as a Friar 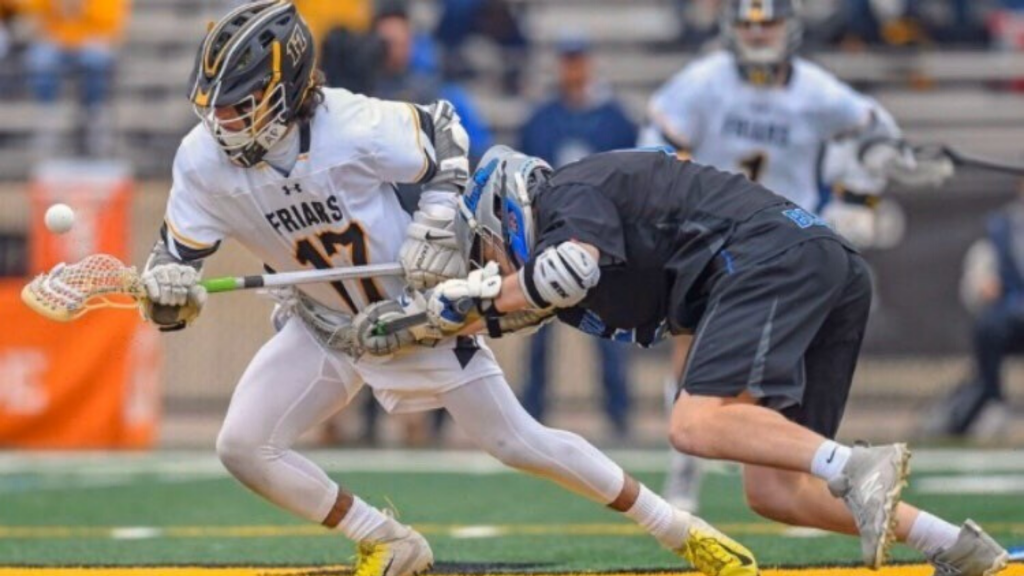 Last season was one to remember for Senior, Jake Naso. He was part of a St. Anthony’s team that won the league championship over their biggest rival, Chaminade. As one of the best faceoff specialists on Long Island, Naso will look to help the Friars have another amazing season. For Jake it’s all about getting better each and every day so that he can become the best version of himself. While his career as Friar will come to close at the end of the 2020 season, he will be looking forward to starting a new journey on the field when he takes his talents to Duke University. Read more about Jake and his experience playing for the Friars in a recent interview with the LILJ.

Q. How did you decide on wanting to continue your lacrosse career at Duke?

A. What made me decide to continue my lacrosse career at Duke was overall the team camaraderie there. It’s like a band of brothers inside of that locker room, they are all family. It is something that really stood out to me and I can’t wait to be a part of it.

Q. What was last season like winning the championship against your teams biggest rival Chaminade?

A. Last season was my most memorable so far. We had a great group of seniors and captains who pushed everyone to their limits and made sure everyone was giving a full 100% each and every day in preparation for the biggest game of the year. It was a great feeling winning that game with all of them.

Q. What will be some of the keys to repeating as champions this season?

A. What separates St. Anthony’s from any other team I have been on is their desire to get better, and their desire to work hard in the off season. Every practice everyone is competing at their best which makes everyone work even harder. I feel like these will be some of the keys in having a successful year.

A. I would describe myself as a creative player that’s trying to expand my game in every which way I can and give the best opportunity I can for my team to succeed.

Q. After a stellar season last year, do you feel you can have an even better season this year?

Q. What are you going to miss most about playing for St. Anthony’s?

A. I am definitely going to miss a bunch, but mostly it will be my teammates and coaches. they have had my back for the past three years and I would do anything for each and every one of them.