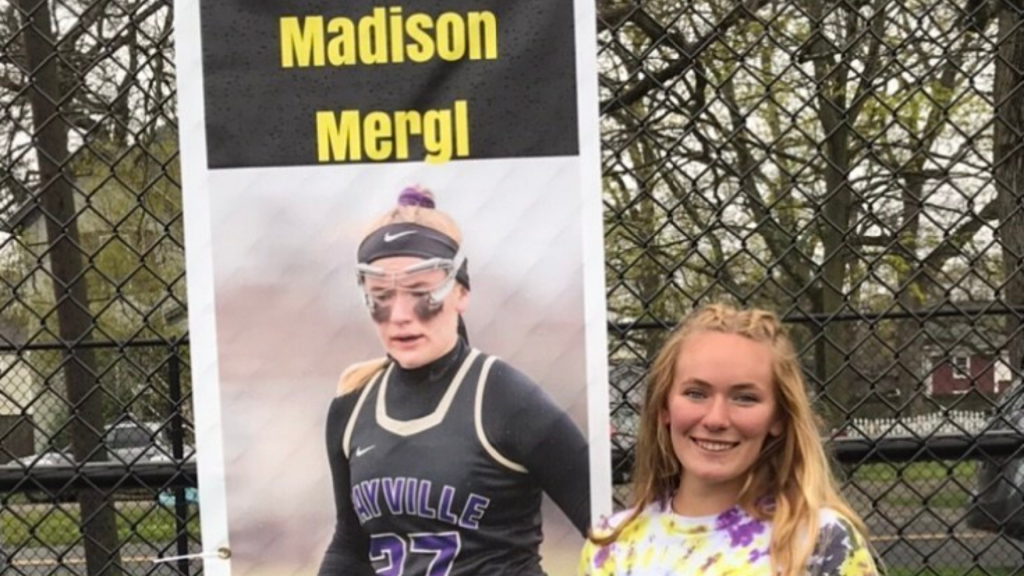 Long Island – The lacrosse community received devastating news on March 13th 2020 regarding the passing of Madison Mergl and Ann Wray. The Mount Olive Lacrosse Players were in a jeep with six others when they were struck and killed by an oncoming vehicle. The loss is shocking, sudden, and unbelievable to those who knew them.

Mergl, a Sayville High School Alum, was finishing up her freshman year when the tragedy happened. She played lacrosse at the school and was nicest captain during her senior year. The team now joins the rest of the community who mourns her loss. Adam Sznitken, her coach at Sayville, spoke to the LILJ on how Mergl impacted and shaped the culture at the school.

“She was by far the best nicest captain I’ve ever had,” he explained. “She built the family atmosphere we have with (lacrosse).”

This family atmosphere was apparent in the time following her passing. Sznitken explained that this year’s Sayville Girls were “living proof by being together…at Moe’s for dinner (the following night), where she would take the girls out whenever she was home.”

Mount Olive’s President Dr. Ed Croom released this statement, Friday: “It is a sad day for the University of Mount Olive. We are in prayer for everyone involved in this horrific accident. We extend our heartfelt sympathies to the families of Ann Wray and Madison Mergl, and we uplift all of the others in our prayers as they continue to receive medical treatment. The University of Mount Olive is a close-knit community and this has hit us all hard.”

The two players will continue to represent the strong and proud Long Island lacrosse family. Their service to their team and dedication to the sport is unprecedented, and they will be sorely missed.

Take a moment to watch the recent interview with Madison’s High School Lacrosse Coach, Adam Szinken, who shares some inspiring stories about one of those most beloved alums to come through his program. Video interview below: