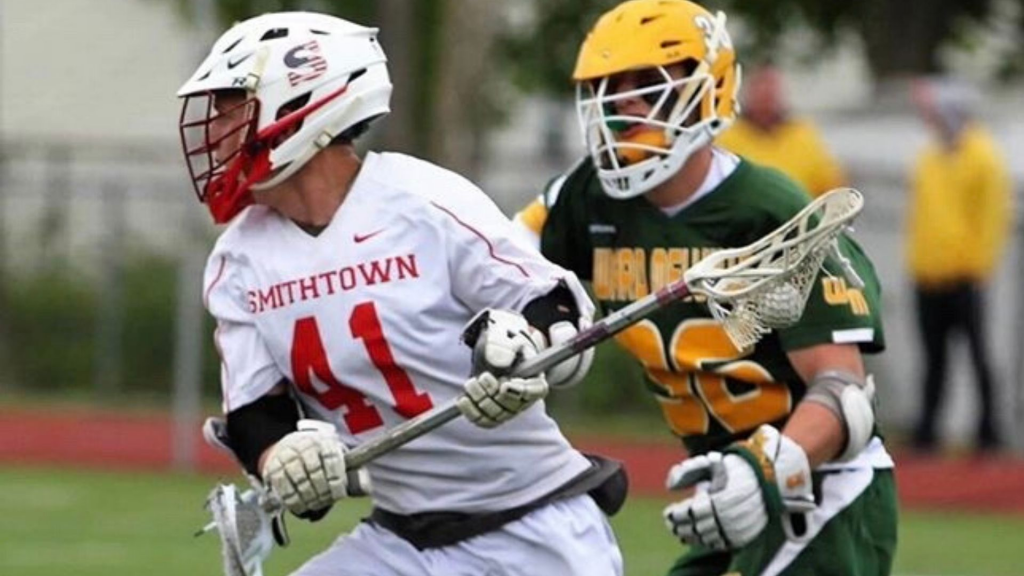 When you think of players who are difference makers, Chris Arceri definitely comes to mind. The Smithtown East senior Faceoff specialist  is all about making those game changing plays that can be the difference between winning and losing a game. Next year, Chris will be looking to be a difference maker at the University of Pennsylvania. Throughout his time as a Bull, he has learned there’s more than one way to lead a team and he is the one to lead by example. Chris remains hopeful that the 2020 season will resume and that he will have an opportunity to play his senior season as a Smithtown East Bull before heading to UPenn. Continue reading about Chris as he reflects on his time at Smithtown East in a recent interview with the LILJ:

Q. How did you decide on wanting to continue your lacrosse career at UPenn?

A. As a freshman, the recruiting process came fast and intimidating. I was looking for a place where I could build my personal values along with playing the sport I love on a high level. I saw UPenn as the best fit for my education and I saw UPenn as a great chance to win a national championship.

Q. As a senior, how difficult is it knowing that the 2020 season is in doubt?

A. Kicking off with a good presage for my senior Lacrosse season was something I’ve been waiting for since I watched my brother’s first high school game. Being that  schools and seasons have been on a recent pause due to this novel virus, I had surreal feelings. Recent news gave virus forecasts that may extend these safety measures to the end of the school year. Two weeks off from our last high school Lacrosse season has been tough enough, and it will be devastating if it withholds.

Q. How would you describe your time playing for Smithtown East?

A. Smithtown East has been an incredible ride so far. Playing with a legendary senior class my freshman year and being apart of many strong friendships including seniors Connor Malley, Josh Blatt, and Tyler Desimone have made my high school lacrosse career most memorable.

A. Many role models have led me to become who I am today, one being my brother Gerard. Unlike most brothers, I had a four-time All American to train with every day we could. Working with my brother Gerard was a lot more crazy than fun, like facing off until 3 am, insane. I began to become accustom to his work ethic which I think has taken me this far.

Q. Is there anything that you’ve learned throughout your time at Smithtown East that you can take with you to UPenn?

A. Playing at Smithtown East, especially my recent two years taught me many valuable attributes to my character and game. Under the coaching of Rob Campbell, I’ve learned the importance of leadership on steam. I have never been the type of person to be a vocal leader and have always been a quiet kid when it came to lacrosse and other sports. He taught me and the rest of the team that anyone can be a leader in any way. I chose to be a leader by example from the first practice with him as a junior last year. I came to practice everyday and strove to be the hardest worker on the field everyday and tried to spread my ways. I believe I can take this leadership with me to Penn with me next year as a freshman.

Q. As a player for Smithtown East, what do you want to be remembered for?

A. As a player at Smithtown East, I want to be remembered as a player of character. I strive to make competitiveness contagious throughout our team, whether it is getting a tough ground ball, or making a game changing defensive play. I wish to be considered as a blue collar player who made these game changing plays.