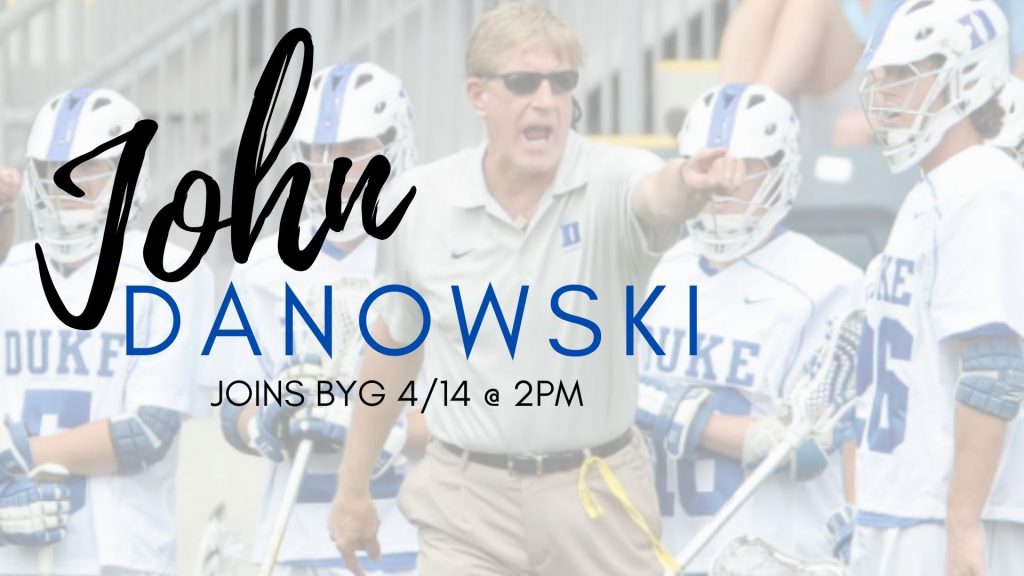 For over a decade, John Danowski has been a household name in the college lacrosse. His coaching of the Blue Devils Men’s team has helped the school retain their D1 powerhouse status.

In his 12 years heading the program, Danowski has bought Duke to unprecedented levels. The team has gone 180-55 during his tenure and has earned seven ACC regular season titles, four ACC tournament titles, and eight consecutive semifinals appearances. In 2017, he became Duke’s winningest coach, further cementing his status as one of the greats in the school’s storied past. On top of a record breaking playing career at Rutgers University, Coach Danowski has also earned four conference coach of the year awards. He was inducted into the Long Island Lacrosse Hall of Fame in 2001 and continues to lead Duke to new heights.

To check out our latest episode of BYG with Coach Danowski, click the Youtube link below. In this episode, they discuss his coaching journey, Duke’s wild success, and his hopes for the coming season. The show has recently welcomed the likes of Mount Sinai’s Al Bertollone and HeadStrong Foundation’s Pat Colleluori. You can watch Beyond the Game Tuesday afternoons at 2:00 p.m. on Facebook Live and YouTube @FLG Lacrosse.