Mike Murro; The Heart and Sole of the Defense 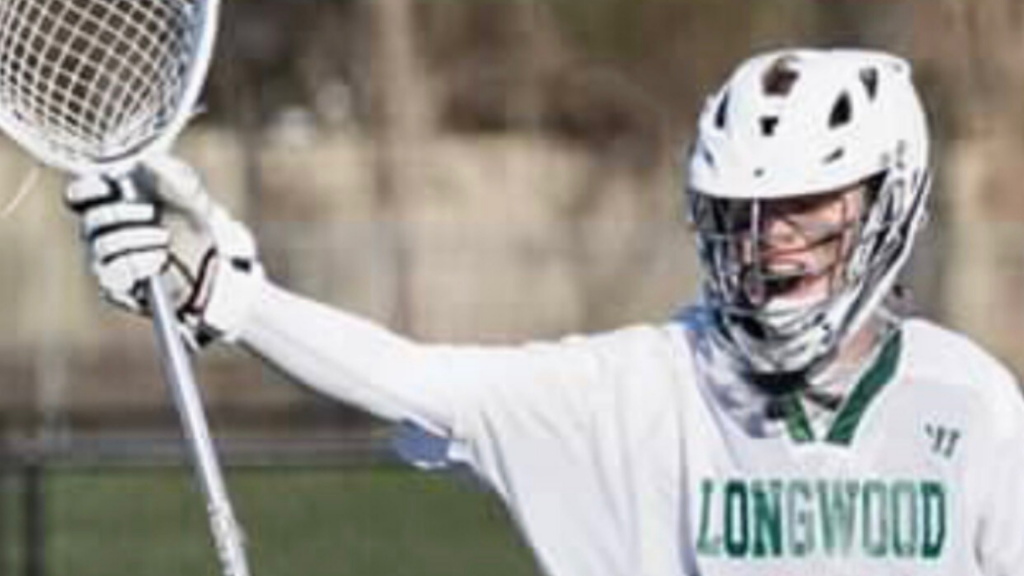 Longwood goalie Mike Murro has been anchoring the defense for his teams since he was in the first grade. With the game on the line, he loves the adrenaline rush of coming through in the clutch by making a big save for his team. The goal for Mike this season was to reach the playoffs and continue to help the people around him get better. Even though there is no action going on this season at the moment,  the goal remains the same for Mike as it now makes his senior season even more important to try to accomplish his goal. With time away from the game, he is still working to stay in shape and has come up with creative ways to stay active like footwork drills, practicing making saves with tennis balls, and juggling. Read more about Mike as he talks about the recruiting process and how he has continued to develop his game in a recent interview with the LILJ.

A: As of now, I am still uncommitted, but I have been in contact with a few colleges on a regular basis. It has always been a dream of mine to play division one ball. In such weird times we are going through, it has been difficult showcasing myself to the coaches with the cancellation of everyone’s season, SAT, and even my ability to train with high quality shooters. Hopefully, with time the world will come back together and the summer events can give me those opportunities.

Q. Is there anything that you’ve been doing to stay active since there aren’t any games right now?

A. Without being able to go to lifts, train, or practice with the team, it has been hard focusing on position specific drills. It has forced me to be really creative with the things I do at home. I’ve been having my parents shoot on me with tennis balls, a lot of footwork drills, and anytime I’m not doing something, I’m juggling. Going on runs and doing some little lifts at home have kept me in shape since the season was pronounced cancelled. With hopes that a portion of the season can be salvaged, it’s important to keep in shape.

Q. How did you get into playing the goalie position?

A. When I was in first grade, I was a pretty big kid, and couldn’t really run all that much. My coaches decided it was best if I stayed in the goal where I wouldn’t be doing much running at all. Immediately I loved the position and put in so much time trying to be the best version of myself I could be. I loved the adrenaline rush and the feeling of making that big stop at the end of the game when it meant the most. As I got older I got myself in better shape because I knew it would only benefit my game.

Q. What are some of the ways that you’ve grown or developed as a player since your first couple years on the team?

A. For me personally, travel lacrosse helped keep the stick in my hand all year long and I feel like that is the most important thing as a young athlete. Seeing more shots could never hurt. When I began getting serious about the position in about 5th or 6th grade when I found a couple of people that were really knowledgeable about the position to really guide me through it all and it made such a difference in taking my skill to the next level. From a school ball standpoint, I think having relationships with the older players helped me develop my game. I’ve always played up. My parents and I felt that if I played with people who are more skilled than me, I had no choice but to compete.

Q. What goals did you have for this season that could carry into next year?

A: I think as a team, this year was the year that everyone bought into the process. Everyone came to work everyday for one common goal and it was to make playoffs. It kept me up at night because I’ve always hated losing. Coming from such a small lacrosse school it’s always been a goal of mine to help the people around me to get better and I think that will definitely follow me into my senior season. It’s obviously devastating losing a season like that and it makes next year that much more important.