Coach Christian Doller: “Sayville Lacrosse Has Been Who I Am For The Past 23 Years.” 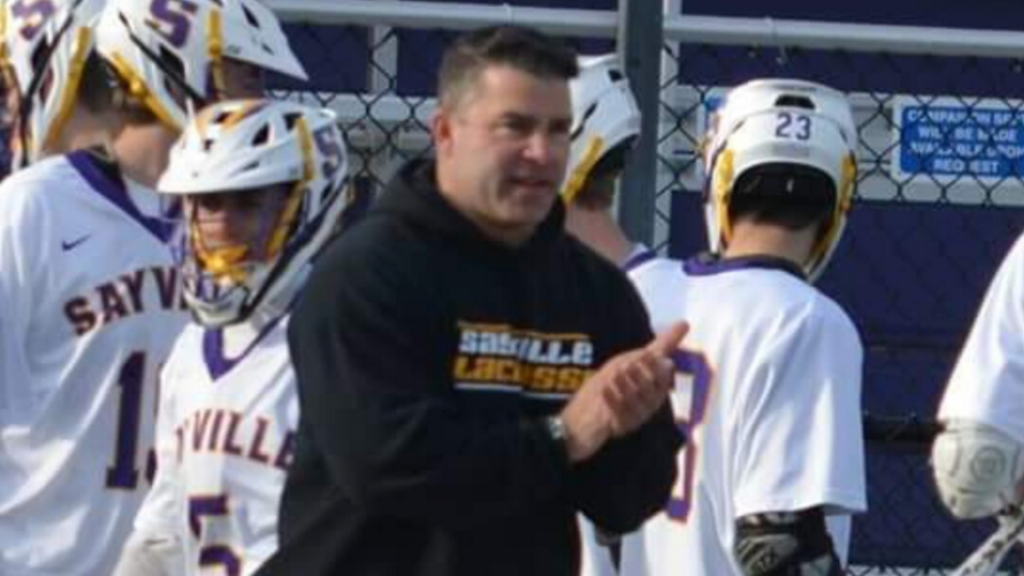 As a Long Island native, Christian Doller grew up around the world of sports. That’s why, in 1998, the physical education teacher started the lacrosse program at Sayville High School. It was a decision that would help build the backbone of Long Island lacrosse; the team played their first varsity game in 2000 and played in their first county championship just five years later. Since then, Coach Doller has been paramount in the success of his Sayville team. They have made the playoffs 15 out of the last twenty years, which includes multiple County Championship victories. Doller prides himself in these accomplishments, but more the relationships with players and colleagues he’s built along the way. 2019 marked the first year that Sayville had missed the playoffs in 15 years. Following the cancellation of the 2020 season, he hopes that off season work ethic will pay off for his young team in 2021. Coach Doller recently spoke to the LILJ about the cancellation of the season and his optimism for the future of Sayville lacrosse. Read below to read the full interview.

Q: How did you get started coaching?

A: I was student teaching at Savyille in 1997-98 for physical education and noticed that Sayville did not have a lacrosse program. I was from West Islip so naturally I thought every town had a team. I spoke to some community members and the schools athletic director inquiring about starting a program. In the spring of 1998, we started the first middle school team at Sayville. I became the JV coach and then the Varsity Coach. Our first official varsity season was 2000 when we inherited LaSalle’s schedule as their team folded.

Q: What are some of your main coaching philosophies?

A: I would have to say that I am a “players coach” and I am a “systems guy”. We run systems and philosophies on the field and at practice. I have never “called plays” I always thought it was better to teach them how to play , rather than teach them “a “ play. Early on we branded ourselves has producing very physical, determined, aggressive players. Our practices are rigorous and high energy and that is what I expect during our games. I also put in an inordinate amount of time on and off the field. I used to tell my guys “give me 3 hours now and I will put in 6 tonight” I also have a very close relationship with everyone on the team and within the program. I live, teach, and coach in the same town. Sayville Lacrosse has been who I am the past 23 years. I cherish the long standing relationships I have with my former players.

Q: Tell us about a favorite coaching moment?

A: I have many that stand out; 1998 starting the program, playing in our first county championship game in 2005, winning our first County Championship in 2009 vs Smithtown West, and winning the 2009 LIC vs Garden City, and our 2012 County Championship vs Comeswogue. Winning championships and being in the playoffs 15 out of our 20 years will always be big accomplishments, but the relationships that I have been able to have with my players will always be my greatest highlight. There is no greater joy than to inspire your players to be a better man on and off the field.

Q: The team went 7-9 in 2019. How is Sayville working to improve on this record next season?

A: 2019 was the first season we had not been in the playoffs since 2004. We had some key players out with injury for the season and nearly our entire 2019 team was playing varsity for the first time. Obviously we will be putting a ton of time in on the off season. I don’t like to muddle around during the entire off season. I believe the season has a life to it and its very difficult to get better the entire year so we start 3-4 months out and go hard to make sure we are getting better each week. I want kids playing their best lacrosse come May and June.

Q: Following the graduation of this years seniors, who do you see stepping up for the team in 2021?

A: We will be losing a lot of talent from our 2020 class. A 2020 class that was primed to put Sayville back on the map. I will be looking towards some talent to step up in 2021 including Dom Russo (Goalie), Ty Kolar (Defense), Will Prokesch (Midfield), Connor Tomich (Attack/Midfield). These boys will look to lead the team.

Q: What does the cancellation of the season mean for you team?

A: The cancellation of the 2020 season may mean more to Sayville than most other teams. Having my son, Cole Doller (Drexel Commit) in this 2020 class, I have coached these 12 senior boys since they have been in 5th grade. I’ve been with them through PAL, our town team and travel lacrosse. We have been waiting for this! No one grows up and says “I can’t wait till my Junior or Sophomore year” It’s “I can’t wait till we are seniors” The cancellation is devastating. A season can define an athlete; the wins , the losses, game planning, films, and training. Each season molds an athlete and now they are without that, it can’t be replicated in a backyard. The loss of this season will create a negative “ripple effect” that will hurt everyone involved. The loss of the season is also disastrous to our underclassmen. Who will teach them? The younger guys learn from the older guys. The older guys take them under their wings and help teach them the nuances of the game, model leadership and responsibility. There will be a steep learning curve next season.

“I want to wish all of LI 2020 class the best in the future. You will need to train more than ever moving forward and never take for granted each time you step on that field as you never know when it will be your last”-Christian Doller